Horizon: Zero Dawn players have been sharing impressive screenshots of the game since release using Photo Mode, and soon, user images are going to become even more gorgeous. 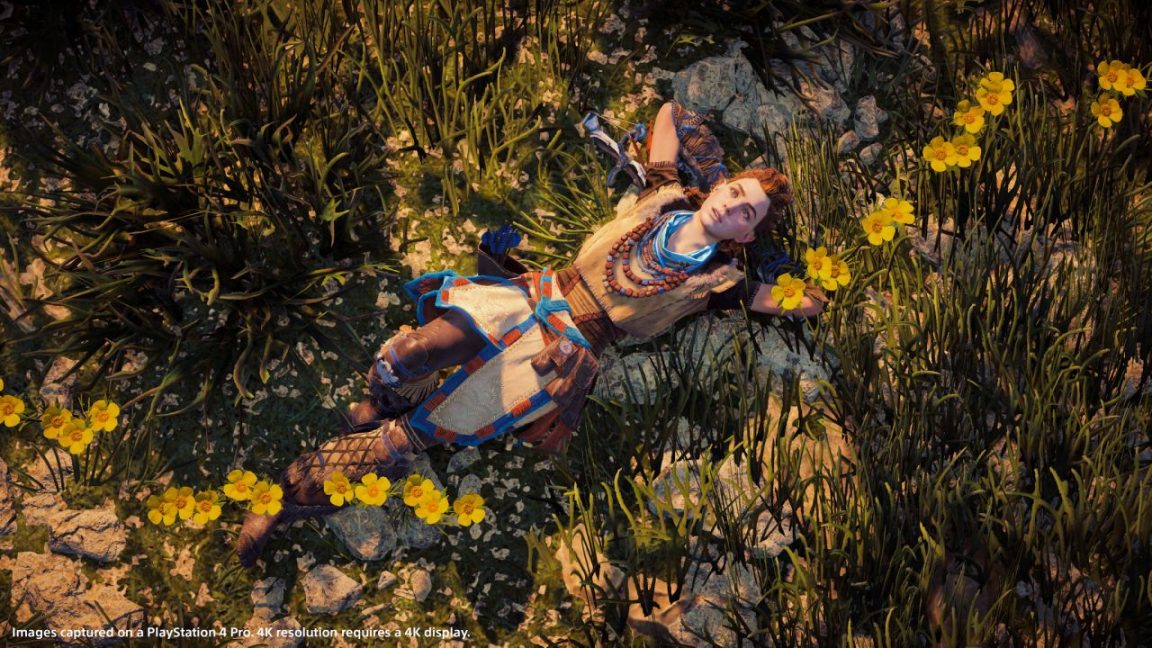 According to Guerrilla Games, an update to Photo Mode for Horizon: Zero Dawn will be released next week alongside fixes to progression and technical issues, along with other new features.

For Photo Mode, patch 1.20 will include three new filters, the ability to show a grid, an option to add ‘greetings from’ to the image, and the ability to select different poses for Aloy. Users will also be able to select a facial expression and make her look into the camera.

Guerrilla posted examples of the additions, which you can see in the gallery below. Quick favor: please stop doing Heart Hands in your photos. Thanks in advance.

Along with updates to Photo Mode, patch 1.20 also includes feature requests from the community, such as a slider which adjusts aim and camera sensitivity, and a Map legend allowing users to filter on icons.

More customization option for the HUD have been added, allowing players to hide enemy stats, quest markers and tutorial tips. Players will also have the option to hide head gear and more.

Finally, 1.20 adds Spanish language support for North American copies of the game. Spanish audio will be supported through a voice over pack which can be downloaded from the PS Store. Spanish subtitles can also be enabled.

You can look over the notes for patch 1.20 below, and its worth noting there may be spoilers. You have been warned. 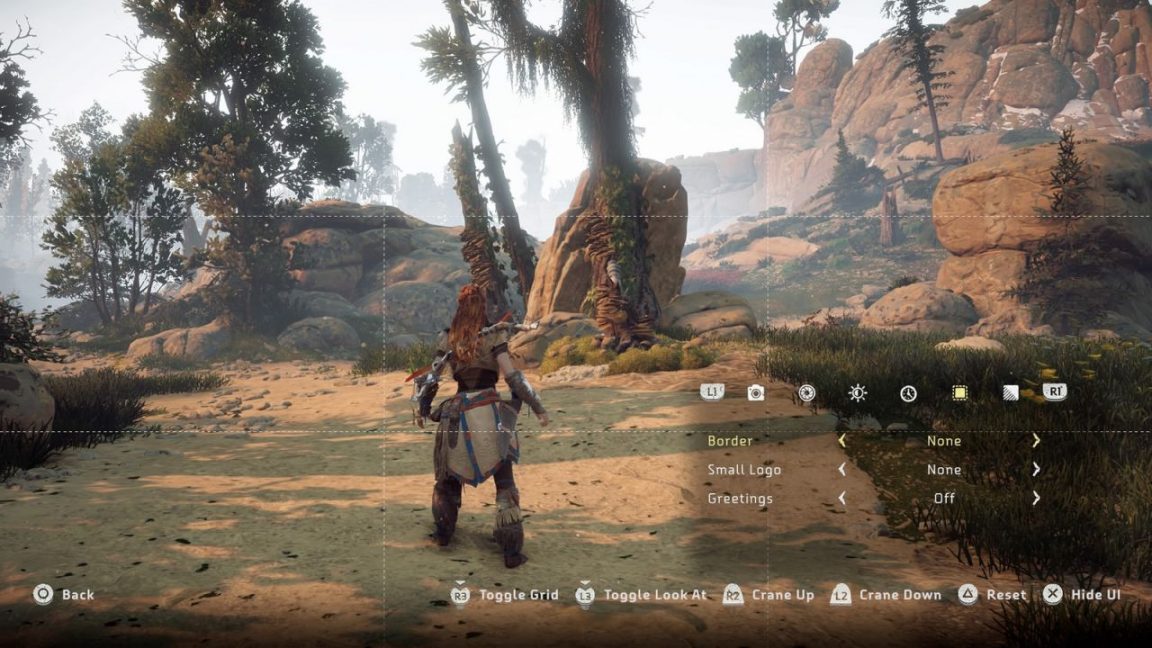 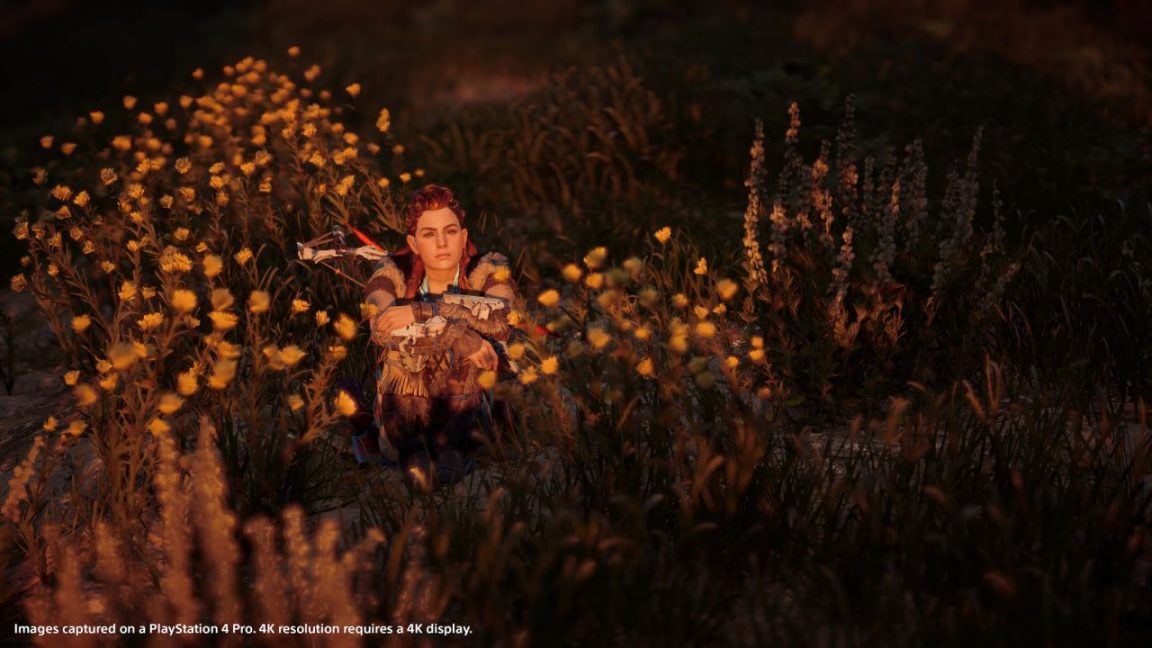 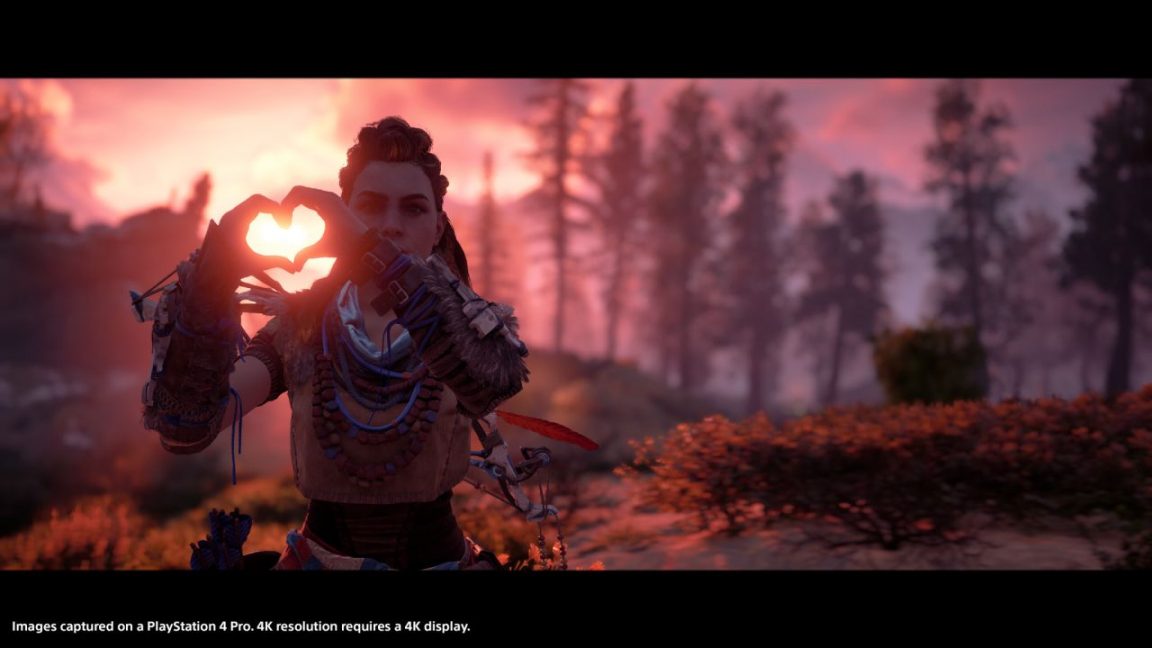 Added categories in the crafting menu

Again, the 1.20 update for Horizon: Zero Dawn is scheduled for the week of May 8.