Title Update 2 for Ghost Recon: Wildlands is available now on PC, Xbox One and PS4. 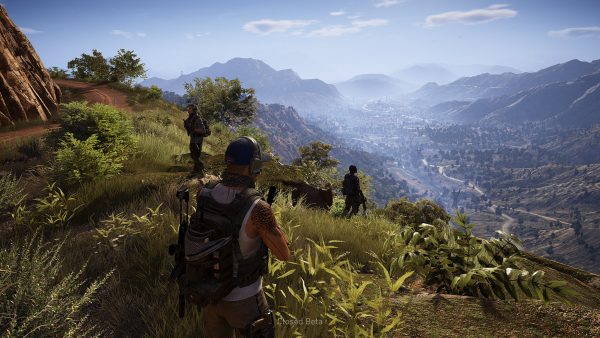 Ghost Recon: Wildland’s Update 2 is now ready to download on Xbox One and PS4 after release on PC yesterday.

The update for Ghost Recon: Wildlands also allows the user to choose the type of vehicle they want to spawn when using the Drop Vehicle rebel skill.

Those who like to play with the HUD hidden will now be able to select the type of intel they want to collect when they interact with files or NPCs.

According to the development team, all areas of the game from gameplay content to connectivity and stability tweaks have been worked on. Also, an XP farming exploit related to the Rebellion Rising mission, which created interference with the co-op experience, has been fixed.

Various fixes and tweaks related to trophy and weapon packs unlocking have been applied. And issue related to the Charactersmith model not being positioned correctly has also been fixed.

As with previous patches, players in-game will need to reboot to apply it, and in order to play co-op, all the players will need to have the same version of the game.

Title Update 2 will be made available for PlayStation 4 and Xbox One tomorrow, March 23. It is up to 5GB on PC in size and approximately 3GB on consoles.

PC specific fixes and improvements are at the end of the notes, but it’s worth pointing out the Home, End, Insert, Delete, Page Up, and Page Down keys can now be remapped.

These missions are now unlocked correctly for players who reported issues:

The following missions are now replayable:

Corrected various replication issues, such as:

The following achievements should now be awarded in the two missions below: