Arena shooter Drawn to Death is the first PlayStation Plus game to be announced for April. 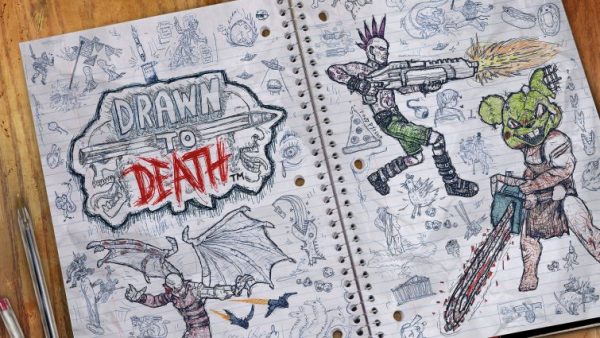 What’s more, the day it becomes available for Plus members will be Drawn to Death’s release day, April 4.

Announced during Sony’s PlayStation Experience in 2014, the third-person shooter brawler takes place inside the pages of a notebook. Created by a high-school student, the drawings come to life and shoot it out in competitive online action.

Since its announcement, David Jaffe and his team at The Bartlet Jones Supernatural Detective Agency have added new features to the game, which he detailed in full over on the PS Blog.

If you’d like a look at the game in-action, Jaffe and co. will be hosting a livestream on Twitch later today.