Bastion may be a bit too powerful right now in Overwatch, but that doesn’t mean he’s endangering the meta. 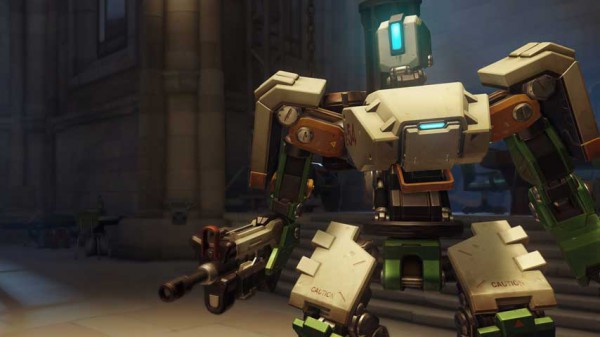 Bastion, one of Overwatch‘s heroes who have long gone largely unused, received a number big changes in the game’s most recent patch, instantly making him more popular.

Some would even that Blizzard went overboard with the buffs.

Naturally, as any change this big would, it got many in the game’s community talking, and some even asked the developer to bring the hero down a notch. Game director Jeff Kaplan saw the discussion and wanted to chime in.

First of all, Kaplan confirmed that an update will be made to Bastion in the next PTR patch. This patch is now live, alongside new hero Orisa.

That said, Kaplan added that the perceived metagame may not always align was reality. He gave the example of Mercy, who many believed was not being picked by enough players, creating this perception that she’s underutilised, when in reality she was in the top 5.

In addition, Kaplan noted that he doesn’t believe an equal pick rate for every hero in the game would be a realistic goal, and may not make the game better.

“Balance changes can be very difficult to make when emotions run so high in the community,” Kpalan pointed out. “There is outrage if a hero does not get played a lot (like with Bastion or Symmetra). We make changes to make those heroes more viable which means they will get played more.

“The result is, people need to adjust to playing against Symmetra and Bastion more… and they are more powerful. We cannot just magically make Bastion get picked more so the stats look pretty and not make changes to make him more viable at the same time.”

As for Bastion, Kaplan made the dangerous choice of offering his personal opinion on the hero’s current situation. “Over the past few nights I’ve played with, as and against Bastion. My perception is that he is a little too powerful right now,” he said.

“In particular, in one match I was playing Bastion and the enemy Tracer was trying to hunt me down. The Tracer player was clearly a better player than I am – a very skilled individual. I relied heavily on my self-heal and the Tracer could not finish me off. But I was able to kill Tracer in recon mode almost through attrition.

“This part felt wrong to me. But a lot of the feedback I read feels wildly blown out of proportion.”