3DS and Wii U owners benefit from a huge sale this week as Nintendo attempts to – well goodness knows we’ve stopped trying to understand what Nintendo does. 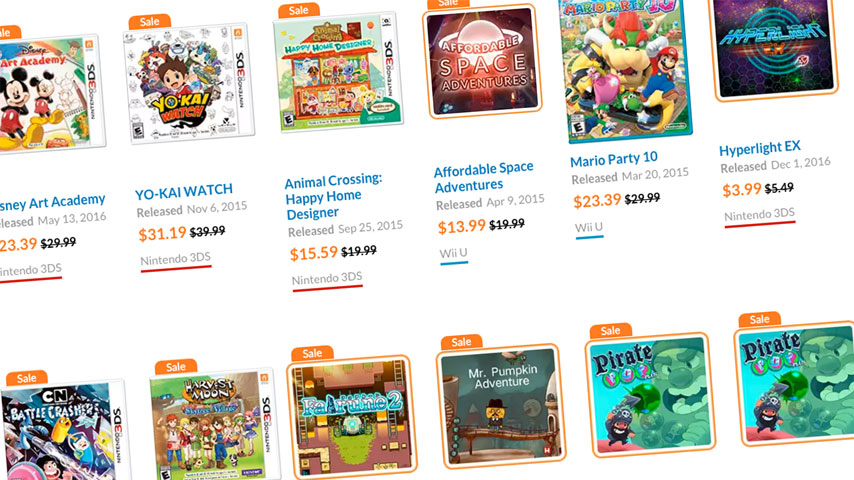 With the full reveal of its new console just days (hours!) away and the hardware itself expected in March, Nintendo has apparently decided that now’s the time to fill up on 3DS and Wii U eShop purchases.

Every scenario I imagine to explain this is hilarious, so let’s skip further flavour text and cut right to the savings. There are 122 games on sale on Nintendo’s eShop, including some relatively new releases like Harvest Moon: Skytree Village, Sonic Boom: Ice & Fire, Donkey Kong Country Returns and more.

The savings aren’t super steep but if you’re saving your surplus cash for Switch but jonesing for something new to tide you over, it’s worth having a browse. Go to it.

It’d be nice if it turned out Switch is backwards compatible with eShop purchases, wouldn’t it? Don’t hold your breath. Alas.