Overwatch is a game about shooting, but Overwatch fandom is about speculating on who’s kissing who. 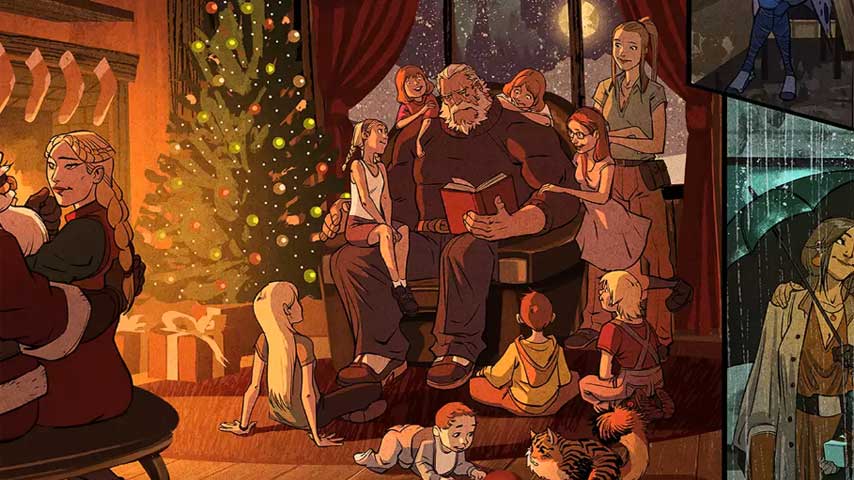 A new issue of the Overwatch comic series is out, mainly focusing on Tracer and the holiday season.

Head on over to the Overwatch website to read the comic for yourself, which I won’t spoil except to say that it does confirm the first canonically LGBTQ character in Overwatch.

This is presumably the reveal we were promised during an Overwatch Q&A at BlizzCon 2016 in November, where, as reported by Mic.com, lead writer Michael Chu said Blizzard hadn’t forgotten an earlier promise that there are several canonically LGBTQ characters in the series, and that the developer did want to represent them openly.

Since the Overwatch fan community is intently interested in shipping (pairing characters together romantically in fan art, fan fiction and head canon), any news on a character’s relationship status and preferences is a big deal, quite apart from the value of positive media representation.

But what I want to know is why more people aren’t talking about the montage sequence where many of the cast members are shown enjoying their holiday. Locking a character down in a canon relationship is one thing, but providing so much fuel for Overwatch shipping speculation is quite another. Follow that letter across the page, for example, or ask yourself why such-and-such is hanging out with so-and-so in their panel. I expect Tumblr to be very busy with these little clues over the next few days.