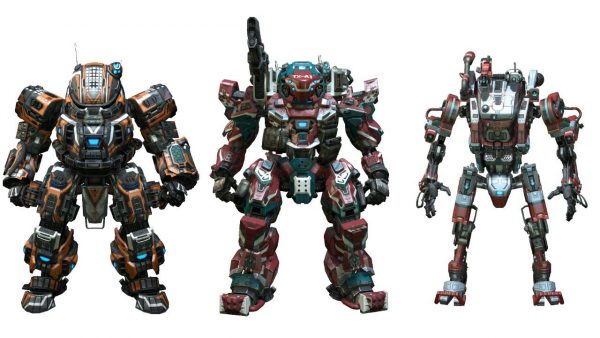 Titanfall Online is a real Titanfall game developed by Respawn. The game is designed for the Asian market, and will likely be free-to-play.

Published by massive Asian publisher Nexon, the title is produced in partnership with EA. There’s no release date just yet, but players in South Korea can try out the beta December 15-21 (via Kotaku).

In the brief gameplay videos below, you’ll see how the game is a mix between Titanfall 1 mechanics, and Titanfall 2 Titans. The UI is definitely based on the first Titanfall. The graphics quality has seen a downgrade, too, which is to be expected.

Amusingly, the game’s main art has a Titan that looks a lot like Scorch, called Ogre – the nickname given to Scorch by Titanfall 2 players. The one called Destroyer looks pretty cool, though.

And here’s the images currently available for it:

Titanfall Online has yet to be announced for a Western release.