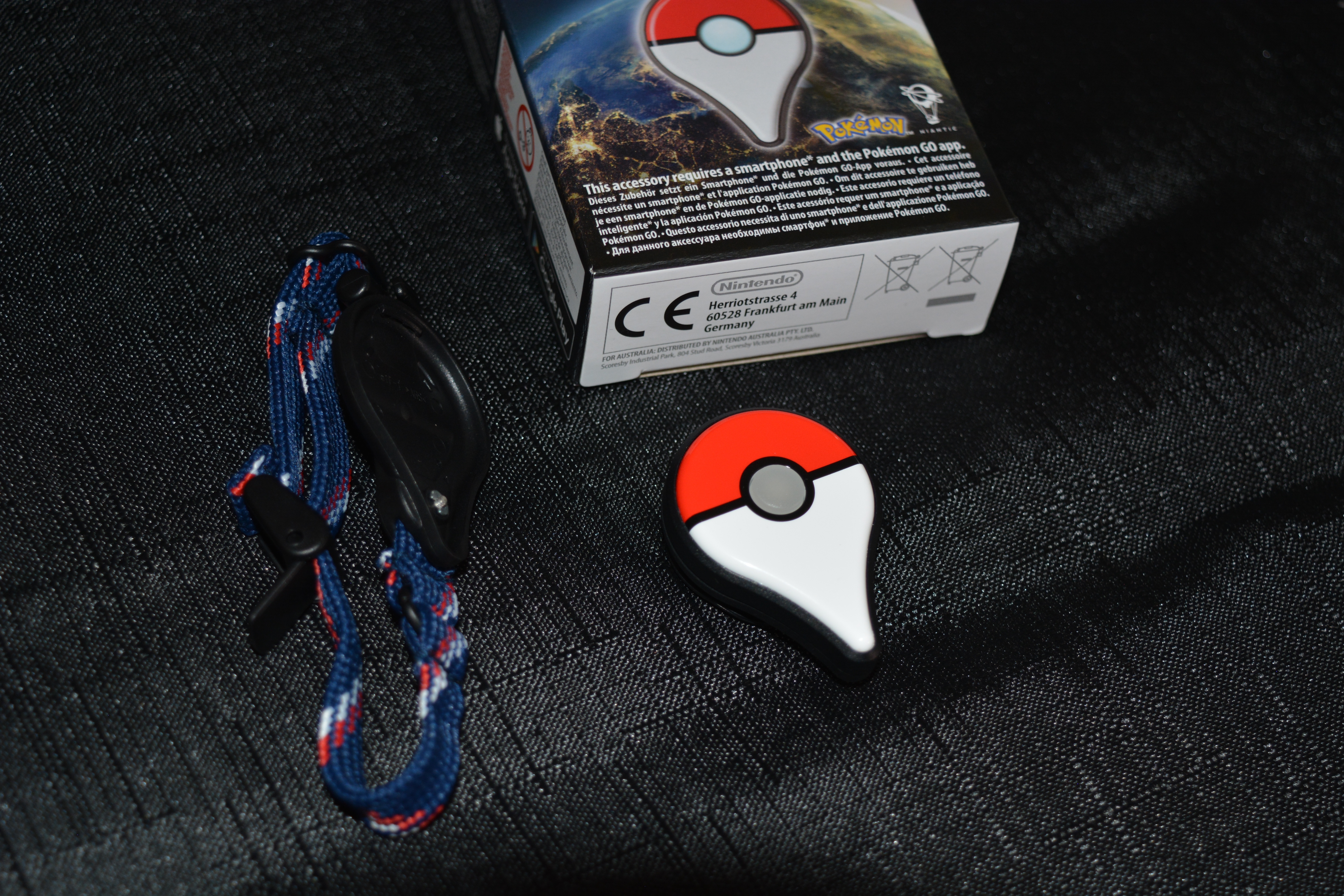 Pokemon Go Plus Review: Exactly what you’d expect, for better and worse

I’ve got mixed feelings about Pokemon Go. It certainly scratches an itch – that much is evident in its wild success in general. At the same time, though, there are elements of the experience that remain a frustration months after launch.

I’m not talking about the server problems, which have now mercifully smoothed out, but rather elements of the game’s design. Take Pokemon Egg hatching and the new Pokemon Buddy walking system – both require you to leave the app open on your phone, something that’s more than a bit of a pain from both a battery and convenience perspective. If you want to truly progress it’s a necessity, though.

It’s all very convenient. As well as meaning you don’t have to pull out your phone every couple of minutes it’s also a lot faster. That’s a win.

Also frustrating is opening your phone after it buzzes to find it’s done so for another damn Pidgey. There’s a lot of little complaints like that. Nintendo’s piece of phone-compatible hardware aims to alleviate some of those irritations: enter Pokemon Go Plus.

The Pokemon Go Plus is a tiny little device that comes with a clip to be easily attached to a pocket or another item of clothing for ease of use. It also ships with a strap that can be used to wear it like a watch.

It’s a pretty simple concept. There’s a multi-coloured LED light in the middle of the device, placed happily at the center of its Pokeball-inspired design. It’s Bluetooth-based, and it doesn’t take long at all to get the device synced to your phone (iOS or Android – no problem) directly via the Pokemon Go app. There’s nothing obscure or weird about this process, which is good news: it’s as simple as hooking up any other Bluetooth device.

The device itself is of the quality you’d expect from a piece of Nintendo hardware: solid enough to take the casual mistreatment that children will no doubt give it, this simple piece of kit doesn’t feel like it’d break too easily. The design is slick-looking and in keeping with the Pokemon brand – and in that it isn’t at all understated. Wear this and people will know about your Pokemon Go addiction. More discreet players may want to slip it into their pockets instead.

When a Pokemon is nearby in-game it’ll flash and vibrate even if your phone is all the way locked so long as the game is still open as a going priority on the phone. All you have to do is hit the light, which is also a button, and the game will initiate an attempt to catch that Pokemon.

Pokemon Go Plus is £35; That’s as much as the excellent-looking Pokemon Sun and Moon. They’re fully-fledged Pokemon experiences. This is an add-on for a mobile game that’s a distraction, albeit a fun one.

The light will then change: It’ll flash once, twice, three times, each flash and vibration representing a shake of the Pokeball. You’ll then see either a flashing red light accompanied by short vibrations or a constant rainbow array of lights: these signify catch or fail. Pokestop visits are handled in a similar manner – a flash, a button press, sorted.

It’s all very convenient. As well as meaning you don’t have to pull out your phone every couple of minutes it’s also a lot faster. That’s a win. If you have Pokemon Go’s notifications turned on, it’ll leave notifications on Pokestops visited and Pokemon encountered.

Best of all is the fact that the Go Plus tracks your movements too even when your phone is locked so long as the game is active in the background. This means eggs and buddies can be more quickly progressed. You’ll also gain the same amount of experience, candy and stardust for all your activities as if you were doing them on your phone. 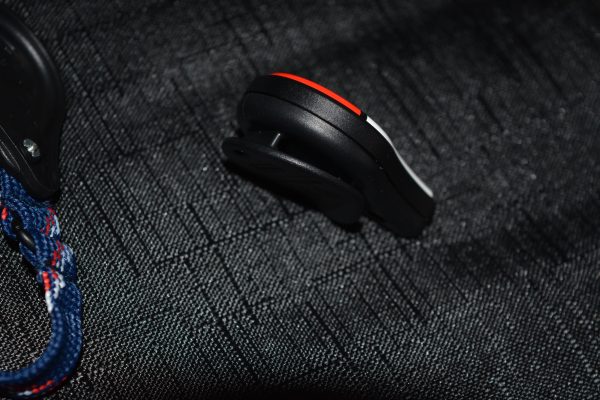 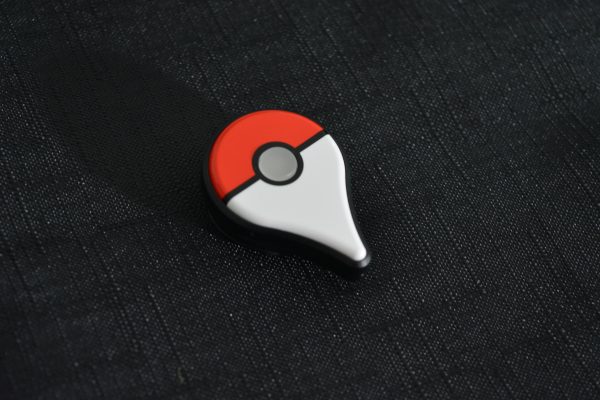 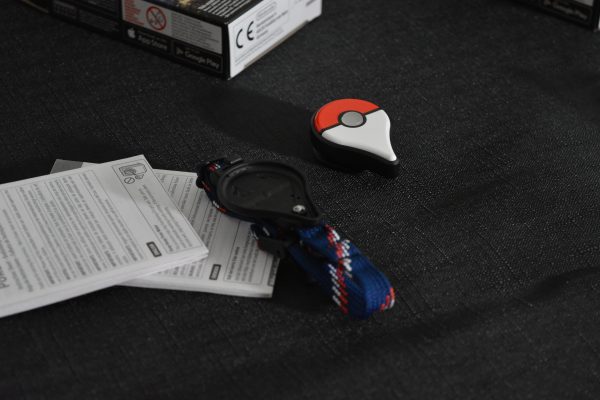 There’s still frustrations, however. You’ve no idea what you’re catching, of course, so you could press through a bunch of vibrations and on the other side find you only have a bunch of Weedle to show for it. That’s not ideal.

Worse still is the escape rate – more interesting Pokemon were escaping my clutches regularly since the Go Plus only uses regular Pokeballs. Pokeballs are weak, so higher-end Pokemon are more likely to escape when using the Go Plus. This actually sucks. It’s a huge, glaring error. You also only get one shot to catch Pokemon with it – if your first ball fails, they flee. In this regard the device actually makes things a little harder.

Hopefully a setting to adjust this can be patched in, but as it stands now this makes the Go Plus largely useless for catching higher level Pokemon. Other things won’t be patchable, such as how bright sunlight makes the weak LED invisible. These are the downsides. They’re numerous but mostly small and may be deal breakers for some, but for many players I imagine the step tracking alone will be enough of a feature to sell this add-on.

This is strictly for the most dedicated trainers, but for those who can’t get enough this is a decent if expensive add-on.

But then there’s the price. Pokemon Go Plus is £35; That’s as much as the excellent-looking Pokemon Sun and Moon are set to cost on Nintendo 3DS in a few months’ time. They’re fully-fledged Pokemon experiences with catching, trading, battling, epic storylines and all that jazz. This is an add-on for a mobile game that’s a distraction, albeit a fun one. Further, it’s an add-on designed to trivialize a game that’s already pretty trivial to begin with. More than anything, the Go Plus makes even stronger the case that Pokemon Go addicts should look into picking up a 3DS and a proper Pokemon game – but that’s an article for another time.

The Pokemon Go Plus is so simple it’s actually rather difficult to review. It does exactly what you’d expect. Are you a hardcore Pokemon Go player? If so, the Go Plus will provide a convenient way to keep the game even closer to you at all times without draining your battery as fiercely as actively using your phone will. It’s expensive, but how much value do you put on being able to count steps and catch Pokemon more quickly and for longer? This is strictly for the most dedicated trainers, but for those who can’t get enough this is a decent if expensive add-on.

The Pokemon Go Plus is out now and is available exclusively from the Nintendo UK Store. Pokemon Sun & Moon are out in November, and you can learn more about them on our hub page.

Disclosure: Nintendo sent us a Pokemon Go Plus to test out.