Sony has commented on the ratings sticker added to the limited edition of No Man’s Sky, and image of which has been making the rounds. 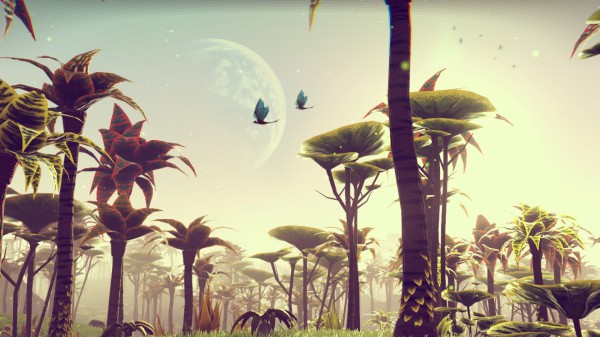 In a statement released to Eurogamer and other outlets, Sony stated the online play icon and PEGI-12 rating printed on the No Man’s Sky packaging was a production issue.

The original icons were incorrect, and a sticker with the new PEGI-7 rating were produced and added to the package.

“Incorrect descriptors were incorporated into the original No Man’s Sky limited edition packaging,” a company spokesperson said. “This was a production issue and was rectified using placement stickers.”

The European limited edition of No Man’s Sky did, at one point, have a higher PEGI rating, as well as a logo denoting online play.

The Sony-published PlayStation 4 version of No Man’s Sky produced limited editions of the game in North America and Europe.

The EU one has had a change that’s sent some fans into conspiracy theory crafting. Fans have realised that there’s a sticker over the part of the cover that mentions the game’s PEGI rating. Removing it, reveals a PEGI-12 rating, and the icon for online/network play.

No Man’s Sky was given a PEGI-7 rating in the UK and Europe, which is the rating that appears on the new sticker. This could mean these LE covers were printed before the rating board made its final decision. The online play icon, however, has mysteriously disappeared.

As you can see in the images below, via AGD, the new sticker doesn’t mention online play.

Though this could simply be a printing error – something that’s happened before with other games, the conversation around No Man’s Sky’s mysterious online mode took this in a different direction.

Shortly after the game launched, two players managed to reach the same spot in the universe, to see if they could see each other.

They couldn’t, and creator Sean Murray didn’t exactly clear things up when made comments about their journey after, leaving many still unsure if there’s a possibility they could see another player online, or if the game simply doesn’t support this feature.

Prior to No Man’s Sky’s launch, Murray maintained that meeting other players would be impossible due to the massive size of the game’s universe, but has more or less confirmed that it is possible, hence the confusion.