The FIFA community have discovered through testing a possible glitch that’s been there since Ultimate Team’s inception. 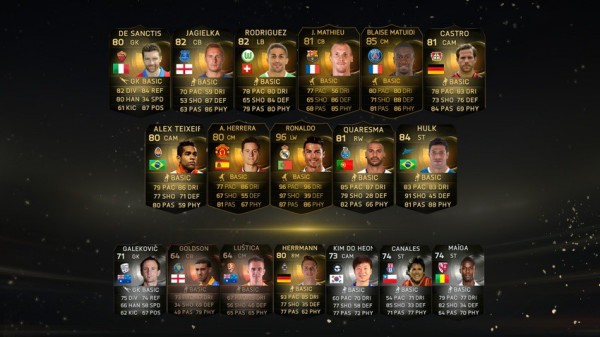 FIFA Ultimate Team is a mode included in every FIFA game since FIFA 09. In this mode, you buy, earn, trade, and collect cards of various footballers old and new.

You build up teams using these cards, which have a multitude of stats that determine how effective they are in their respective positions, as well as a stat called ‘Chemistry’, which controls how well players work together. EA sells booster packs and the like, as more and more players strive for that perfect squad.

Chemistry, as it turns out, is one of the hardest things to pin down, and so the quest for a compatible squad of players may take you months (and a lot of spending) to achieve.

The game’s community has been on a hunt recently to prove that not all stats on paper translate into performance on the pitch. Players would often notice top-ranked footballers feel sluggish or slow to react, which has usually been referred to as “handicapping”.

Of course, until recent findings, no one could prove there was in fact a hidden mechanic or a glitch that governs that.

Reddit user RighteousOnix have found that the most expensive cards seem to perform worse than what their stats indicate, making cards with less powerful stats perform better, thanks to getting their correct Chemistry bonus.

What RighteousOnix is theorising here is that there’s a glitch (or a hidden mechanic) that nerfs top cards by not giving them as much of a bonus from Chemistry as low-end cards get, so that they don’t destroy them.

In the video below, the Redditor uses the footballers’ ‘Dribbling’ stat as a way of demonstrating his findings. If you’re interested to learn more, you can read the full report on Reddit.