Arc System Works has launched a teaser website titled “BRCS,” which features a scantily clad woman who appears ready for battle. The text across the screen reads: “She who fights with monsters might take care lest she thereby become a monster. And if you gaze for long into an abyss, the abyss gazes also into you.” There are seven days left on the counter, and DualShockers reckons its a new BloodRayne title due to the acronym. However, if you take a closer look at the lady’s necklace, it pretty much gives the fact away. A shot of the website and a closer look at BloodRayne’s necklace I found online are both below. 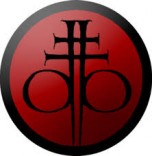