According to the retail figures for the first half of 2013, Microsoft's Xbox 360 continues to lead  in the U.K, with Sony's PS3 emerging as a distant second.

Nintendo tasted some success with the 3DS, with it finally outselling its predecessor, the DS, by quiet a margin in the first half of the year. However, the Wii U only managed to sell 179K units during the same period, proving yet again it's lack of a strong line-up of games. The Wii fared better, selling a total of 649K units.

Nintendo needs to re-think its strategy for the Wii U and it remains to be seen if the upcoming line-up of games coming for the console manages to change its fortunes in the second half of the year. 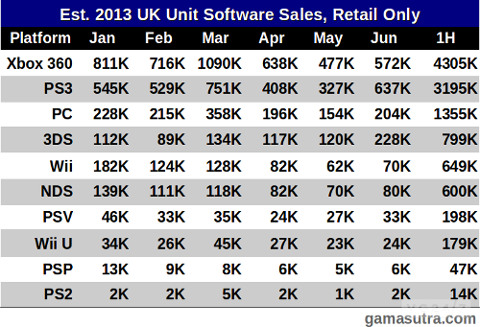 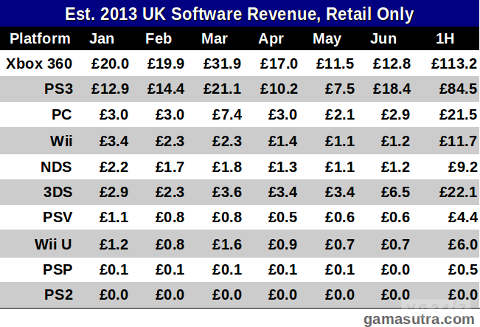