Wolcen recently came out of Early Access and has been enjoying success on Steam, climbing the charts out of nowhere.

But with that success comes issues. Players have been reporting bugs, data loss, and an inability to connect to the game at all since Wolcen released. The developers are aware of these problems and are doing what they can to address them.

To make that work, though, they need to take some extra steps. First up, they can’t apply hotfixes as issues pop up, since that’s been creating more issues and leading to progress loss. Secondly, they need to put a cap on the servers and only let so many players in at a time. 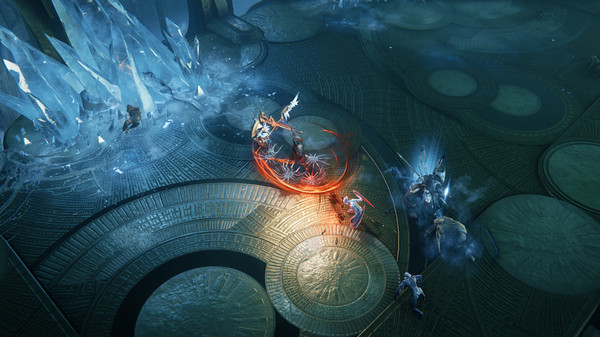 “We know that the connection issues and bugs you currently encounter are frustrating and prevent you from fully appreciating the game, and we want to assure you that we’re doing our best to resolve all these problems as fast as possible.

“However, following the situation that occurred last Friday with the data loss, we now know that we can’t continue to apply hotfixes and patches the way we’ve always done so far. We have to coordinate with our partners to monitor the situation and make sure that we won’t encounter any major database issues.

“Since there are higher chances that such issues occur when a lot of players try to join the servers at once, we had to take two temporary measures:

- The server capacities are currently limited to a certain amount of concurrent players.
- We can only perform one patch per week and we need to coordinate with our partners to push it.

“The situation will be improved, we’re currently in the process of upgrading our servers infrastructure. The next patch will already bring some enhancements that will allow us to increase the limit of concurrent players, and we will continue to increase it if we notice improvements.”

Check the link above for detailed patch notes. The patch fixes some issues around character loss, saved characters, item duplication, and plenty more. The fixes will be applied any time now.

There’s no mention in the patch notes for a fix for the Dark Market crash, so it’s probably best to stay away from that if you manage to reach the endgame.