It's the weekend. A time for rest, relaxation, and revisiting the ever-growing and insurmountable backlog of games weighing heavy on your psyche.

It’s a good problem to have, but one that the increasing competitiveness of gaming subscription services is only making worse.

Not only do you have the mountain of games from impulse-bought Humble Bundles, Steam Summer Sale 2016, and tipsy eBay sprees burning a hole in your library, but thanks to PlayStation Plus and Game Pass on PC and console, you’ve got the pressure of access to hundreds of classics eagerly vying for your limited attention as well.

The team at VG247 is once again enjoying some new releases and hits from the archive.

But what are you playing this weekend? And what’re some of the most shameful games in your backlog? Let us know in the comments!

While I've admittedly had access to both of these games for a little bit ahead of their release - which is this weekend - I'll be continuing to play this pair. Mass Effect is of course a massive trilogy, probably over 100 hours if you really take your time - and I intend to take my time, with a plan to get all of the achievements across all three games and complete the games on the rock-hard Insanity difficulty once again.

As for the character choices...? Well, I'm sort of playing it by ear - I'm picking what feels right. I've had both male and fem Shep saves, but this time I'm back as FemShep. It's going to be a tough choice between Garrus and Liara for romance...

As for Famicom Detective Club - man, what a game! You'll hear more about this from me on the site this coming week, but it's basically a wonderful little game that was one of the first major visual novels in video games. It was released for the NES (aka the Famicom, thus the name) and only in Japan.

There were other versions over the years - but none made it West until now. This is a seminal work of the genre, and a lot of games from Ace Attorney to Persona owe a lot to certain elements in Famicom Detective Club. The Switch remake is lush and lovely, though it definitely does in some ways have a lot of the energy of a game from the eighties, for better and for worse. Hopefully I can finish the second of the two games in the package this weekend.

This weekend I'm playing the Guilty Gear Strive’s 2nd Beta. And when I say playing, I mean getting my ass beat because I'm downright (fireball) terrible at fighting games.

But saying that, I still enjoy them. Picking a main and just figuring stuff out has always sparked joy for me.

I'm also still chipping away at Returnal and it’s proving its worth. The controls are tight, the visuals are a spectacle and the narrative is keeping me engaged through my many, many deaths.

All that being said I can't shake the fact I paid a whole 70 Great British pounds.

I love pretty much anything with a Cyberpunk aesthetic, not just games, and there’s tons of great stuff out there.

Cyberpunk 2077 obviously ticks a lot of the corporate dystopian future boxes - ironically even more so since you need a PC it actually works on - but there are dozens of suitably rain-slick and moody indie games which I’d argue are even more worthy of your attention.

A few are more action-focused, like Ruiner, while others are great narrative adventures, like The Red Strings Club.

Somewhere inbetween is Cloudpunk: a cyberpunk delivery sim where you schlep around a floating metropolis in your flying car, delivering packages, meeting the locals, and uncovering the city’s seedy underbelly amid a constant downpour.

I’m a few intriguingly atmospheric hours in so far, and I’m hoping to uncover the rest of the story this weekend. 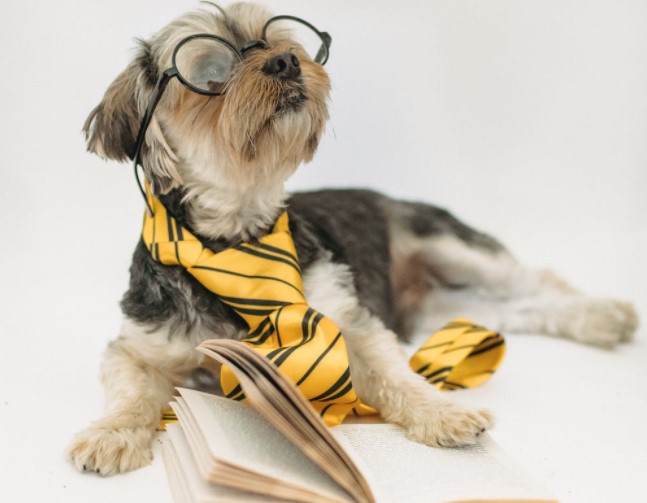 What I'm mainly looking forward to this weekend is finishing the book I'm reading.

It's nice to take a screen break sometimes and enjoy a good novel, and even if I really couldn't bear to completely tear myself away from video games for two whole days, The Starless Sea by Erin Morgenstern makes for a surprisingly good compromise.

This book sits firmly within my beloved "magical library" fantasy sub-genre, but the protagonist is an emerging media student, who tends to process his experiences using video game comparisons.

Morgenstern acknowledges the gaming influence within the structure of her novel too, in particular drawing on classic fantasy RPG tropes. It's also just a really good book to curl up with on a rainy weekend, and I recommend it to my fellow gaming bibliophiles.

Aside from this, though, I will probably be doing at least a little bit of my usual low-stress gaming stuff. I recently started a new Sims 4 save I'm already heavily invested in; and I still check in with Animal Crossing: New Horizons every day.

I have, however, recently managed to streamline my visits to the island to just doing my favourite activities, and now only spend about 20 minutes on there at a time. (Next Wednesday is my tenth and final villager birthday, and after that I've decided to cut back even further and actually take a day off now and then. Wish me luck.)

25 hours and 33 cycles later, I have finally rolled credits on Returnal. After about 30 runs up to the third biome, I was very close to giving up. But a breakthrough run took me from the beginning of the game to midway through the fifth biome. Beyond that, it was just a matter of tact to get through the rest and finish the game.

Well, technically that’s only the end of the second act. There’s a third act, one that requires playing through the whole game again to collect a particular resource that will unlock the “real” ending. Now that I am on the other side of it, I am much less intimated by the challenge. I reckon now - without the rush to unravel the narrative - I am going to do better in combat. It’s probably going to take me a lot less to get through it again.

So that’s what I am going to try and do this weekend: play the whole game again and see the final ending. Maybe I’ll try out those dailies, too.

I don’t really have nostalgia for the 16-bit era, or really anything on consoles of the day that wasn’t also on PC. But every once in a while, one game with a retro 16-bit aesthetic does it so well it’s hard to ignore.

Huntdown isn’t new; it’s been out on everything for a year, and only just launched on Steam. I have had it for months, but never actually tried it.

Huntdown is a side-scrolling shooter that leans a little more tactical than the frenetic Contra action most of these games try to replicate. That slow pace suits me, as those games can sometimes ask too much of the player with such limited movement. Even if you’re not sold by its looks, Huntdown just sounds good.

From the synth-infused music to punchy, crunchy sound effects - and those one-liners and ambient chatter, everything just feels right. Like many of the games it’s inspired by, Huntdown takes place in a crime-ridden, rain-drenched metropolitan city of the future, places even the police don’t dare go.

One look at its trailer will tell you everything you need to know about it, and it’s one of those games I know I would have fallen in love with had I played it as a kid.

I decided to reinstall Skyrim: Special Edition. Heaven knows I have played the game for over 900 hours already, but this time I decided to start fresh and finally install some mods.

I am a bit weird when playing an RPG, as I have my own personal story going on in my head as I play. Blame it on all those years playing D&D with friends. With some of the mods I am using, it is much easier to become immersed and add my own personal "story" into the mix - not to mention make the game rather lovely.

The mods I have installed are Relationship Dialogue Overhaul, Sounds of Skyrim, Skyland- A Landscape Texture Overhaul, Enhanced Lights and FX, Realistic Water, Cutting Room Floor, Stones of Barenziah Quest Markers (it makes these little gems so much easier to find!), and The Paarthurnax Dilemma. I love dragons, so to hell with the Blades when it comes to deciding Paarthurnax's fate. I am a mericiful Dragonborn.

I also have a mod installed called Total Character Makeover and one called Improved Eyes which make the NPCs in the game look less haggard.

That's it - so far. I may install more. I really want Friendly Brynjolf or Brynjolf has Time for You, but for some reason, my game wouldn't load when I had either of the mods installed. I am sure it has something to do with my load order, but I am not a pro at installing mods just yet (Achievements Mods Enabler did the same thing to me). The reason I want either one is so I can marry the Thieves Guild member. I just love it when he calls me "lass." Grrrr. Anyway. I may try to install one or the other again soon, but I also want to try Obedient Ulfric. Yeah, he's an ass, but I think it could be fun to marry the Jarl. And you know, get in martial arguments in Dragon Speak.

If you have been playing Skyrim with any interesting mods, give me some suggestions in the comments. I mean, the game is looking gorgeous with the Skyland mod, but I still think it could look better.

Other than playing around with mods in Skyrim, the man of the house and I picked up Resident Evil Village for Xbox One. We have been taking turns playing it and watching as the other plays it so we don't miss out on anything.

I have to say, I am enjoying it more than I did Resident Evil 7. Not that I didn't enjoy it - I just like REV better so far. Then again, I really like the vampire and werewolf thing. Plus, I like creepy old European villages and castles. Chalk the latter up to my love of gothic literary novels such as Frankenstein, The Castle of Otranto, Dracula, The Mysteries of Udolpho, Rebecca, and many others.

The only bad thing I can say about playing REV, is that neither of us wants to hand the controller over.

I pretty much dismissed Recore back on its original Xbox One release. It didn't scream "must-play exclusive" and it had some performance issues that were a little off putting. Fast forward to 2021, and on Xbox Series X the game is in much better shape, running at 60 FPS and with some impressive, but patchy, visuals.

I've mostly been taking turns to play with my son, but Recore feels like a game out of time, almost as if PS2 developers were given Xbox One power to play around with. An overworld is home to a number of dungeons, each tasking you with colour-coded combat against armies of enemy robots. This is not a modern game in the sense that Sony's first-party titles are, but it's got neat systems and strong player movement that make moment to moment gameplay fun.

Recore Definitive Edition is on Game Pass, so I recommended giving it a look if you too ignored it back in the day. 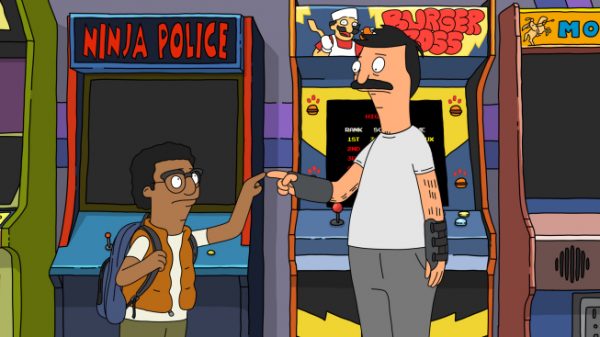 So, that's what we're all up to this weekend. Besides doing the usual, or the unusual whatever the case may be, what are your gaming plans this weekend? Lets us know!