The Steam version of Skyrim Special Edition looks to be about to receive official support of Bethesda's Creation Club.

Creation Club launched for Fallout 4 last month alongside a stack of curated mini-DLCs. Assuming you didn't install a mod that gets rid of it, you can see in the game's main menu. 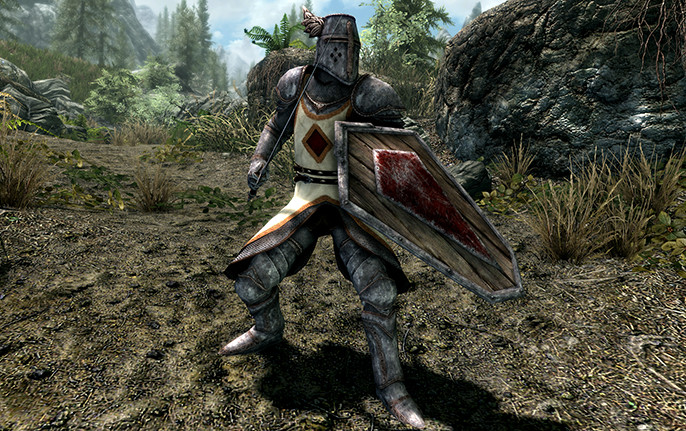 At launch, you'll find a few pieces of DLC available for purchase. These are the Mud Crab armour, a Crusader Armour set with the Sword of the Crusader, Oblivion's Ruin's Edge bow, and something called Survival - which could be a harde mode similar to Fallout 4's.