The Evil Within has a lot of weapons hidden around the town of Union, but you're going to have to hunt them out if you want to gear-up for the bigger confrontations.

The Evil Within 2's open-world structure in the town of Union means that there are plenty of weapons, ammo and other helpful gear, but a lot of it is stashed out of the way.

While you'll pick up some weapons playing through the more linear chapters, it pays to go out of your way and hunt down the better kit which you can find in buildings and rooftops. Some gear and weapons will only appear after you've completed a side mission, so keep that in mind. And if you want to go for a more tactical approach to The Evil Within 2 you're going to want to pick up the Warden Crossbow and craft bolts.

The upside to all this scavenging is that once you're better armed, you have less to fear while wandering around the town so it really does pay to spend an hour or two tracking down the best weapons for your choice of going loud or silent killing. While out hunting keep an eye out for Mysterious Objects and make sure you know the locations of every safe house so you can save whenever you pick up something cool/deadly.

Where to find all weapons in The Evil Within 2

Survival Knife: This is thrust into your shoulder during Chapter 2. It works at a push, but is mainly for smashing crates open or for stealth kills on enemies.

Brass Knuckles: This delivers brutal beatdowns but you won't be able to use the axe at the same time. You have to unlock the Brass Knuckles by beating the game on Nightmare or higher difficulty. 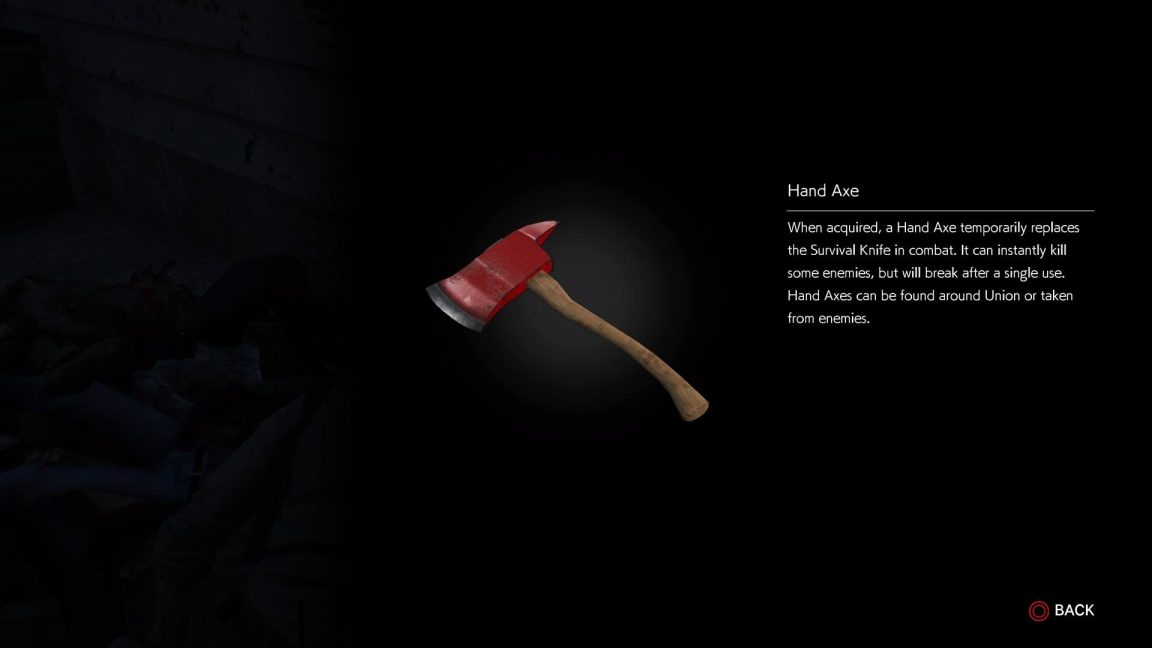 Hand Axe: These single use melee weapons do a lot of damage but break once you've swung them. You can pick them up off enemies or find a bunch of them knocking around Union. Don't underestimate how good these are especially in the early game when you need to hold on to ammo.

Semi Automatic Handgun: You automatically pick this up during chapter 2 as you leave the house. It's a basic weapon, but it'll get you through the first chapters. Aim for the head!

Laser-sighted Handgun: You'll find this in the parking lot of the Union Auto Repair, in the Residential Area. You have to take it off a corpse, but just look for the car with its lights on. It's good for medium range, the laser sight is great for accuracy and the zoom is better than the regular pistol. 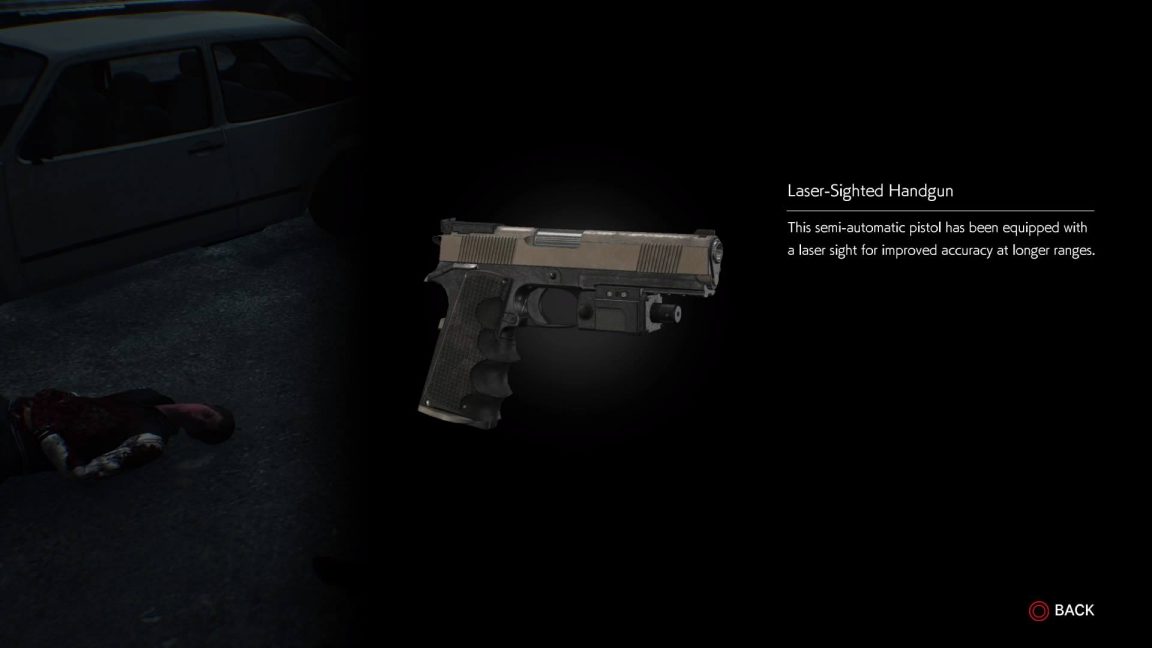 Silenced Handgun: This doesn't do a lot of damage but you can lure an enemy away from a pack with a single, silent shot. Handy for picking off groups of enemies. To get it, complete the side mission Getting Back Online which you can find in the Business District. You'll then find the Silenced Handgun in the orange crate in Syke's Safe House.

Burst Handgun: This pistol fires in bursts of three, so make sure your aim is true. You can only get this as a pre-order bonus in The Last Chance pack.

Magnum: Okay, this is the most damaging firearm in the game. all you have to do is complete the game on any difficulty and start a new game. It carries 18 rounds and each one will punch holes in enemies. Boom.

Sawed-off Shotgun: Keep this to hand for close encounters, where it kicks like a mule and has a wide spread to catch multiple enemies. you can find it in multiple locations so pick it up early at; next to a car on the way to The Pit Stop, outside 345 Cedar next to a car with the lights on (casual difficulty only), Tredwell Trucking, The Marrow: Armoury and The Marrow: Facilities. 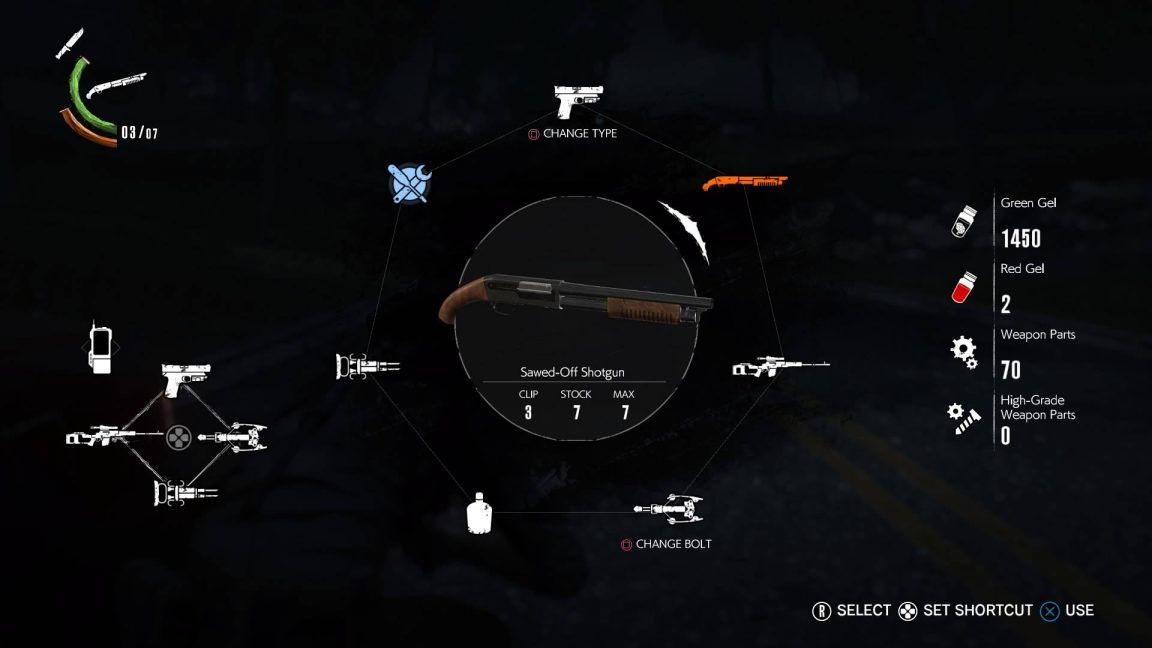 Full-Barreled Shotgun: This has better range than the Sawed-off. You can find it in a storage shed, south of Post Plus in the Business District.

Sniper Rifle: The perfect weapon for long-range headshots, clearing out locations before you enter them, and staying safe from harm at the same time. We recommend getting this as soon as possible into chapter 3, and you'll need to work through these tasks to get the sniper rifle early.

Otherwise, the Sniper Rifle becomes available in Chapters 11-13 in the Business District on John's Coffee roof. If you miss it then, you can pick it up in Chapter 15 in the Ruined City area but you've probably left it a bit too late by then.

Assault Rifle: This quick firing rifle only becomes available towards the end of the game in Chapter 13 in The Marrow: Facilities location. It comes as a welcome relief to hold something so fast in your hands but it can burn through ammo so be careful.

Flamethrower: Another weapon that doesn't become available until later - Chapter 11 - but it's fun and causes a lot of damage. be aware however, that is restricts your movement significantly. Once you've beaten The Harbinger boss in Chapter 11 you can find it in The Marrow: Restricted Area. It's broken when you first get it, so you will then need to kill Harbinger enemies in the Business District to earn two replacement tanks.