Steam may soon get a - long overdue - UI overhaul, according to leaked presentation slides from a developer event.

Valve attended Indigo 2017 last month, a developer conference in the Netherlands. The company's Alden Kroll shared a presentation with attendees about some of the changes coming to Steam, particularly on the business end.

One slide in particular mentioned something interesting: a UI refresh in Steam's future. The slides, all of which can be seen on the Valvetime forum (via PCGamer), mostly touch on developer-related updates that consumers won't see.

Likewise, the UI refresh mentioned in one slide didn't come with any screenshots to show it off, and it didn't expand on what goals Valve has with the new UI. 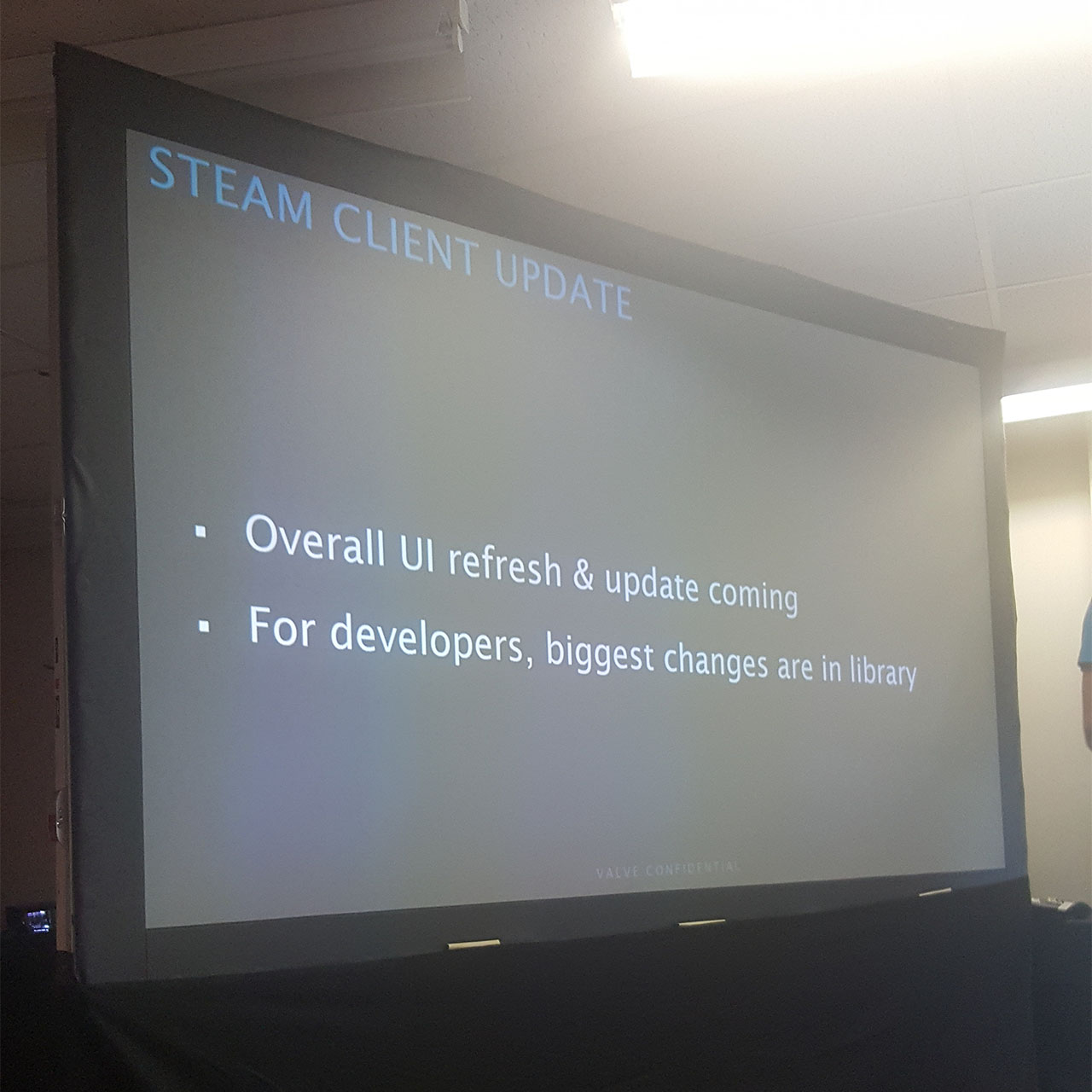 Back in February, a new Steam UI look was found in datamined update files. Valve made no comment at the time, and most didn't think much of it. Though it's possible this may have been part of it.

The slides include talk of a couple of other upcoming changes, such as a revamp of a game's launch page, and a library update that highlights games that have seen recent activity through updates, or based on what friends are playing.

The slides obviously didn't mention a date for when we should start seeing these improvements, but it's good to know Steam's look won't stay that way for long.