Sony is on the march. With PS3 charting an insuppressible ascendancy and Uncharted 3, The Last Guardian and NGP all hitting this fiscal year, the next 12 months will show anything but decline for the manufacturer. 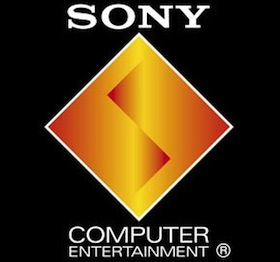 Core offering expanded with Resistance 3 and SOCOM over FY2011's Killzone 3.

Uncharted 3 is likely to follow in its precursors footsteps as a Q4 must-buy.

Team ICO's The Last Guardian may squeeze in before the holidays.

Launch of the "next generation portable" expected before close of fiscal year.

Sony Computer Entertainment's 2011 fiscal year, which closed last week, was one of its strongest since the PS2 era. The holiday quarter was kind to PS3, which draws ever closer to the 360's raw install base, and is now believed to have a higher user-base per unit sold.

Sony has turned its attention to new hardware - the NGP, without question the biggest event on Sony's calendar over FY 2012 - but with PS3 sales on the rise, its first-party line up shows diversity and strength in the coming year.

This month sees the first of Sony's heavy first-party hitters with SOCOM 4: US Navy Seals. It's been five years since the series saw a major release on the PS2, but Zipper Interactive has MAG under its belt since then, and will bring that experience to what Sony is clearly hoping will be a multiplayer stayer. The US sees the game on April 19, with Europe following on April 20 and the UK trailing to April 22.

Level-5's multiplayer RPG, White Knight Chronicles 2, arrives in Europe in May, with an US release still undated. The sequel includes the entire first game as well as a whole new campaign and the chance to control one of the single-player only robots during multiplayer. A massive hit in Japan, the raid-based JRPG gameplay didn't go down quite as well in the west. Not likely to prove a major event.

Happily, Sony has one stellar summer hit lined up with InFamous 2. Newly inducted into the Play.Create.Share family, the continued adventure of electric superhero Cole sports a mission editor, with community offerings integrated neatly into the main campaign. The US is expecting to get it in early June, with other territories to be announced.

Before the holiday season kicks off, Resistance 3 gets a good run at sales thanks to a September release. Another Insomniac production, and yet another core action title for a year filled with all things shooty. Resistance 3 is certainly aimed at being one of Sony's largest games of the year, but Insomniac has it all to prove after failing to garner unanimous positivity with the series's first two installments.

November delivers the follow up to two multiple award winners in the form of Uncharted 3: Drake's Deception. Naughty Dog is one of the few developers, even among first-parties, to really knuckle down with the PS3 hardware, and with two iterations under its belt, expect this to be standard-setting. Again.

And there's more for the core this Christmas. Somewhere in the holiday quarter, David Jaffe will return with his iconic racing combat series, Twisted Metal. Aside from a brief outing bundled with the PS2 network adapter, this will be the franchise's first console multiplayer experience.

While you're plotting what to request for the seasonal gift-fest of your choice, don't forget to send a few fervent wishes towards SCE Japan, addressed to Team ICO. The Last Guardian is tentatively scheduled to turn up before the end of 2011, but if it needs more time Sony won't hesitate to delay it - too much critical expectation rides on the studio's third outing. Expect Ico & Shadow of the Colossus - The Collection a few months beforehand to get the franchise buzzing in the hive mind, probably bundled with a demo.

Easing into 2012, Sony will no doubt follow up its annual baseball series with MLB 12 The Show, which usually drops around March.

Over the course of the year, we can also expect to see Sorcery, The Workshop's PS Move showcase, and thatgamecompany's lonely multiplayer experience, Journey. Both have yet to be dated, although the latter should turn up by summer.

Sony plays reveals close to its chest, but if we're sticking to tradition, we can expect one major announcement at E3. Further reveals will likely be kept for gamescom and the Tokyo Game Show, with E3 reserved for promoting upcoming releases, tech, and NGP.

Sony's second portable console - code named NGP, or "Next Generation Portable" - has been rumoured for a November 2011 release, with multiple comments from Sony representatives suggesting a staggered global launch starting in Japan before the end of the year.

Recent disruptions to manufacturing and transport in Japan have apparently jeopardised the console's launch in all but one region. If Sony can only muster enough stock to launch in one territory it will be Japan, the original PSP's most constant supporter, with an international release to follow, possibly in FY Q4 (January to March, 2012).

Should the new handheld miss the holiday season sales are sure to take a hit, but most importantly, Sony has to find a workable price point to recover consumer confidence after PS3's heart-stopping $599.

Excitement for the new hardware is high, and with the 3DS's less then stellar "launch window" line up, all Sony has to do is follow through with the catalogue of first- and third-party titles teased at the NGP's media debut.

A startling list of developers and publishers are already well invested in the platform: Activision is bringing a version of Call of Duty over, and tech demos of Metal Gear Solid, Dynasty Warriors, Lost Planet 2, and Yakuza have been shown.

NGP catalogue
Sony has been coy with its expected NGP release line up: probably wisely given the fiasco over the 3DS's startlingly diminished list between debut and launch.

Multiple first-party properties have been confirmed as in development for the new console: Killzone, LittleBigPlanet, Resistance, Uncharted and WipEout.

New IPs are also on the way. Evolution child studio BigBig is working on the touch-pad utilising Little Deviants, while other internal teams are working on the mysterious Gravity Daze and Reality Fighters.

Sony is unlikely to ignore other properties, so expect Ratchet & Clank, SOCOM, Syphon Filter, God of War, MLB The Show, SingStar and Eyepet to turn up, possibly at the handheld's E3 showing.