Sony has entered into a three game deal with indie studio Giant Sparrow that'll see it bring its next few titles as PlayStation Network exclusives, beginning with the release of The Unfinished Swan. 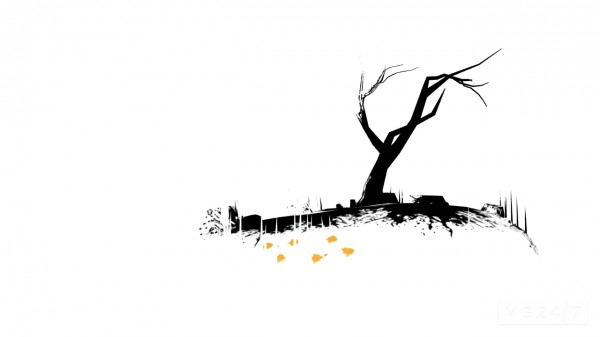 Giant Sparrow's The Unfinished Swan will be published by Sony Computer Entertainment, the company's announced. The Unfinished Swan is the first of a three-game deal between developer and publisher, with the former now set up within Sony Santa Monica.

First shown in 2008, The Unfinished Swan will see players take control of a young boy who must find his way through a mainly white world at first by using splodges of black paint that'll reveal more of the word as its coloured in. Move will also play a key part of the game.

Giant Sparrow co-founder and creative director Ian Dallas told VG247 in an interview on Monday evening its three game publishing deal with Sony was "extremely similar" to the offer given to thatgamecompany for its partnership on Flow, Flower and Journey.

"I had shown the game off at a festival in Tokyo called the Sense of Wondernight," said Dallas, referring to how the offer from Sony came about.

"And I think what I'd heard was that Sony seen that video online and then shortly after called me up and said, 'hey do you want to come over for coffee?' They're like ten miles away from where I was going to school.

"So we met up and started talking and they were interested in potentially publishing the game, which was exciting but also a little bit scary because at the time, I didn't know what the game was. And then after a couple of months of just thinking about the game and trying some more prototypes, I finally figured out what the game was.

"Once I knew that, then we could start talking about how many people it would take, how long, the kind of things you need to put in a contract."

Watch for a full feature on our chat with Ian Dallas and thatgamecompany co-founder Jenova Chen in the coming days.