E3 and Gamescom demos had warning signs that all was not well on Platinum & Microsoft's RPG project. 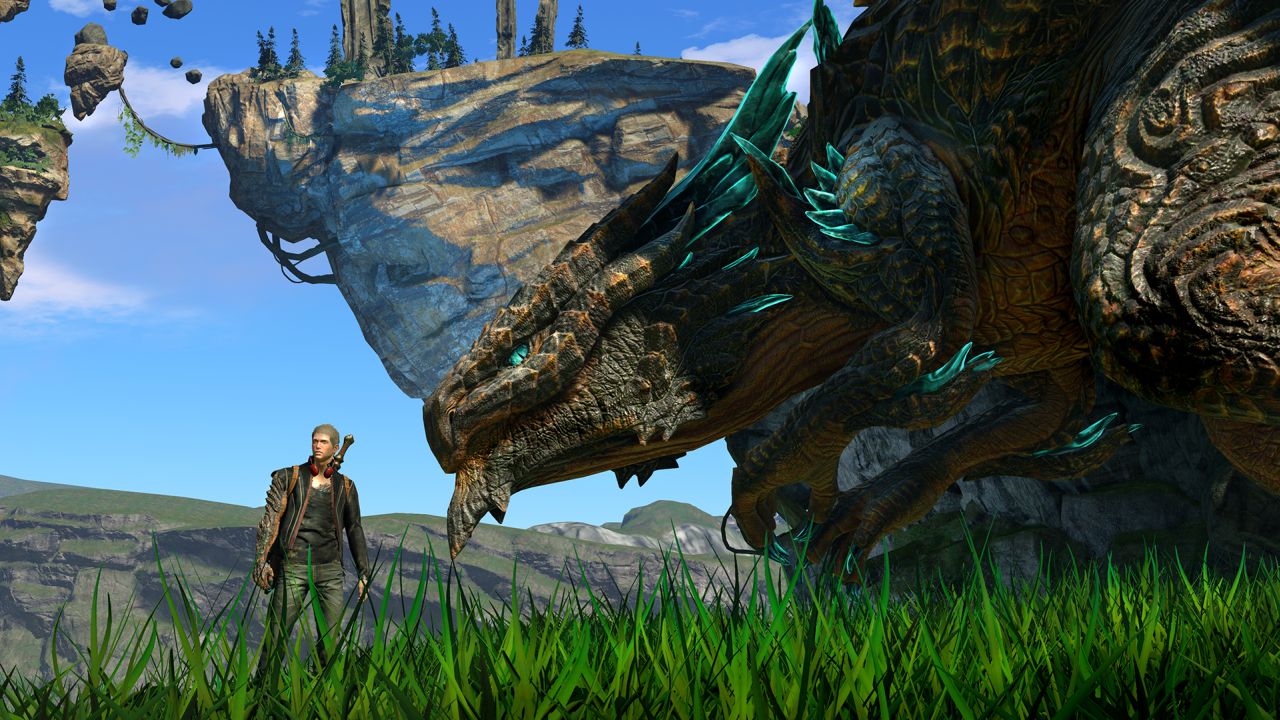 Last night some disappointing news got out: Scalebound, Microsoft and Platinum's venture into the RPG, is dead. Microsoft didn't really give a real reasoning for the cancellation, though sources told those who broke the story that there'd been severe development difficulties and a communication breakdown.

"It seemed to me for a while that there were almost two Scalebounds: The one that Kamiya had dreamed of making, and the one Microsoft wanted him to make."

That's a great shame, obviously, but as somebody who sat through several press conference showings of the game and had two private meetings with director Hideki Kamiya over the course of Scalebound's lengthy development, part of me isn't all that surprised. It seemed to me for a while that there were almost two Scalebounds: The one that Kamiya had dreamed of making, and the one Microsoft wanted him to make. At the time you give these things the benefit of the doubt and assume they'll all pull together since they often do - but in this instance they failed to.

"Weirdly, every single closed-doors demo of Scalebound was like a different game," I tweeted in the wake of the announcement. What I meant by this, I went on to explain, was that in private demos it just looked like a more cohesive, proper video game, and one the developers had a great deal of passion for.

On stage, Microsoft always chose to present the game in what I thought was a strange light. It seemed as though they wanted to lean on Platinum and Kamiya's action credentials, which makes sense. The problem with that is Scalebound seemed to be far more besides.

The strangest and weakest showing came during an E3 stage demo in 2016, where the game was shown running a confusing-looking boss tackled with four players in online co-op play. It wasn't the worst demo of the conference (hello, Final Fantasy 15) but it was fairly underwhelming.

Heavily-briefed developers kept banging on about the 'scale' of the boss fight over and over again, something which smacked of the rehearsed PR lines to me. Scale is what Platinum is known for, they'd say. It's epic, it's crazy, it's action-packed, and this is just a taster.

The thing is... Scalebound seemed like a lot more than that whenever I saw it in a less public setting. At the last couple of Gamescom shows I was able to step into closed-doors meetings with Hideki Kamiya and JP Kellams, two key staff on the game, and the demos they gave showed a greater breadth of content than an action co-op game.

I remember glimpses and teases of a proper RPG-like world to explore, with NPCs, towns and quest-givers. I remember seeing a Resident Evil style Tetris-inventory system, which is always exciting. There were sections of the game where player and dragon would be split up, testing the player's abilities. The focus of the last presentation I saw was on the game's character progression system, which had an interesting little twist to the RPG traditions. 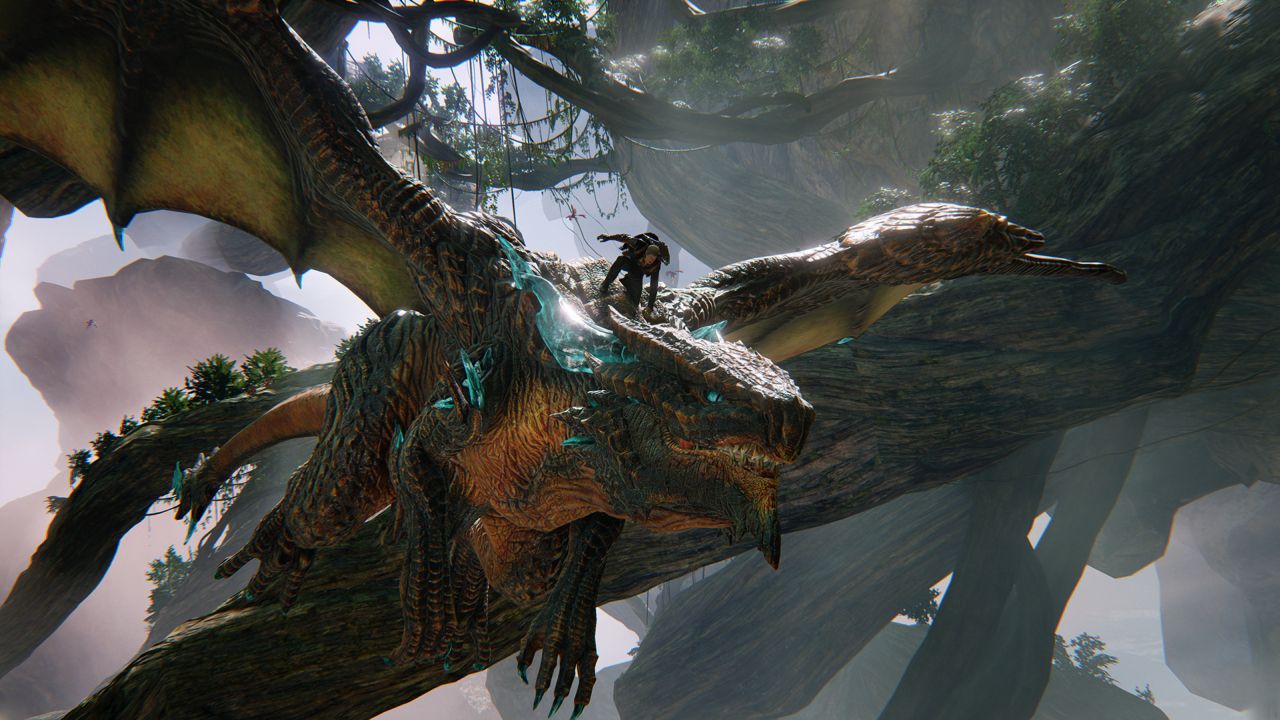 The main character would evolve along a set path so he had skills and abilities that matched his design and personality, but to have a full level of practically Bethesda-level character customisation besides that Scalebound would use its dragon companion. Having less of a set template than the player character you could remove or swap out body parts with some hokey in-lore explanation about DNA or equip gear, all of which would change the dragon's abilities.

"I really liked a lot of what was on show. In a sense it gave me some Dragon's Dogma vibes - it was a big budget Japanese game trying to do something different with the RPG genre."

It was a cool looking system, and in that demo I watched Kamiya swap out large wings for smaller wings that offer less flight but free up the ability to put on more attack-focused body parts and so on. It was a system that intrigued me and seemed to have some proper RPG depth, especially when paired with how the dragon seemed to have a mind and AI of his own that at least partially now calls to mind Trico. Except, y'know, more of an aggressive killer.

I really liked a lot of what was on show. In a sense it gave me some Dragon's Dogma vibes - it was a big budget Japanese game trying to do something different with the RPG genre without being too shackled to an existing series, too obsessed with the West's successful RPGs or indeed both all at once. I liked it.

The thing that remains weird to me is that very little of this kind of thing was shown to the public - it was reserved for behind-closed-doors for media to write about and never released in a video form or what have you. I got used to having to defend Scalebound when it came up in conversation. 'I know the stage demos were crap, but the closed doors ones were amazing, trust me,' I'd plead. Interest in the game remained tepid, in part thanks to those poor showings.

Kamiya himself has taken issue with how Microsoft marketed Scalebound in the past - "I don't like their marketing," he revealed on twitter at the end of August 2014, presumably with that year's Gamescom fresh in memory, and I'm inclined to agree.

Basically, what was shown in high-profile demos and trailers of Scalebound was never remotely as good-looking or as interesting as the stuff Microsoft repeatedly decided to show in intimate press meetings. They practically felt like two different games, a loud, brash action game in one instance and a more thoughtful, explorative RPG in another. The truth was somewhere in the middle, it seems, and nobody was fully satisfied.

"Those shits at MS... are they fucking with me?" the famously-outspoken Kamiya tweeted in July 2015. This probably should've been a bigger warning sign, but Kamiya is famed for his twitter outbursts, so nobody seemed too concerned.

This was a little after an E3 Gamescom skipped and not long before a Gamescom where Scalebound would demo. The publicly-released trailer there was one of the best the game saw, but was still action-focused, and again the live demo given by Kamiya in a private room on Microsoft's stand that year was far more interesting and exciting.

So... one has to wonder what happened. There was a breakdown of communication, clearly, but I also think it likely that ultimately Microsoft and Platinum wanted two very different things out of Scalebound. That may well be what killed the project, and that's a shame, since the game I saw behind-closed-doors looked really exciting. Hopefully some of the ideas from it will resurface elsewhere.