The image was posted to NeoGaf. Check it out below.

The bottom row shows two generic images, with Sheeva and Quan Chi in the middle. A strangely-costumed Sub Zero and Quan Chi are shown as selected.

Nethrrealm has confirmed two DLC characters as well as the PlayStation 3 exclusive Kratos, although there doesn't seem to be room for the latter in this PS3 screen

We asked Warner Bros. for comment, but were told it won't comment on rumour. Mortal Kombat releases on PS3 and Xbox 360 next month. 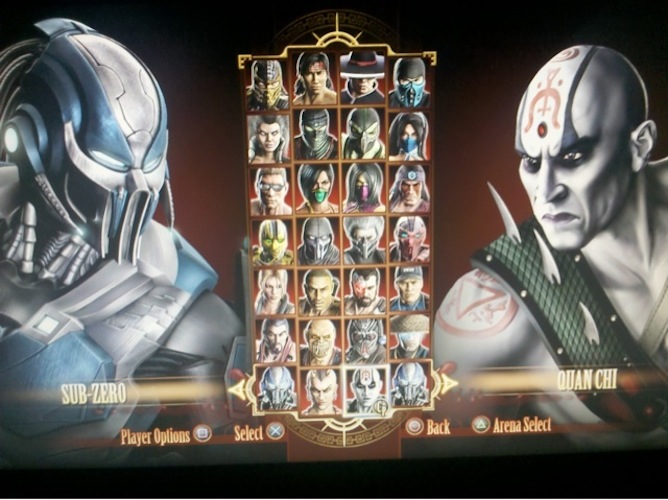