In the next area, you need to drop down and head to the elevator opposite. When you access it, the electricity will fry and you need to get some fuses.

There’s another elevator in the main room and you need to call it and ride it up when it arrives. A new enemy will drop down, a pale zombie. You can slow these down by shooting them with conventional ammo, or kill them outright with a magnum shot to the head. See? Told you it was worth getting that gun. 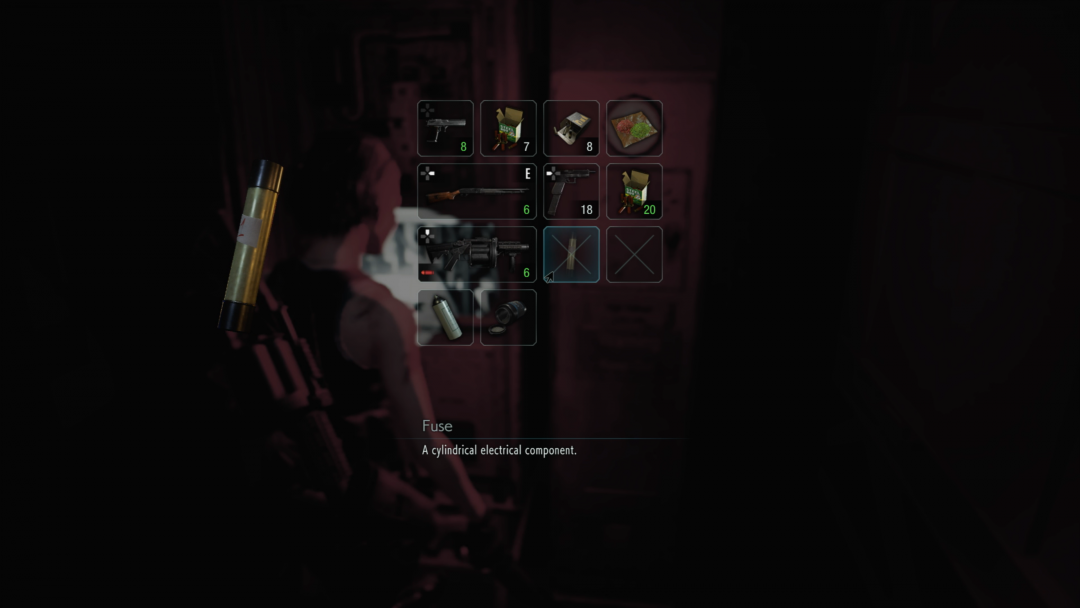 Once you’ve rode it up, grab your first fuse from just ahead. Get the items from the boxes and climb down the ladder. In a crate on your right there’s some more ammo, then head towards the next fuse opposite.

A falling crate will block your path and you’ll be attacked by a pair of dogs. Kill them and head to the far side of the room. More debris will drop and you’ll need to head towards a zombie. Kill it to get past. Now squeeze through the gap.

The second fuse is down here, but zombies will appear ahead of you and a gamma behind. Kill the gamma with a grenade launcher and run to its corpse, then shoot the zombies from there. Grab the fuse and backtrack to the lift at the top of the stairs.

Head through the door there where you will deal with some zombies and a pale zombie, then take the door on your left. Follow this path for your final fuse, but watch out for the hunter. Now you can head back to that pale man corridor to get back to the safe room via the other door. Save and then drop down to pop the three fuses in.

You’ll be attacked again, but you can hold them off while you wait for the lift, then ride it up as soon as you can, to save ammo. Interact with the console at the top to trigger a new cutscene.

Follow the linear route that opens up and you’ll trigger a cutscene before the final section: the lab. 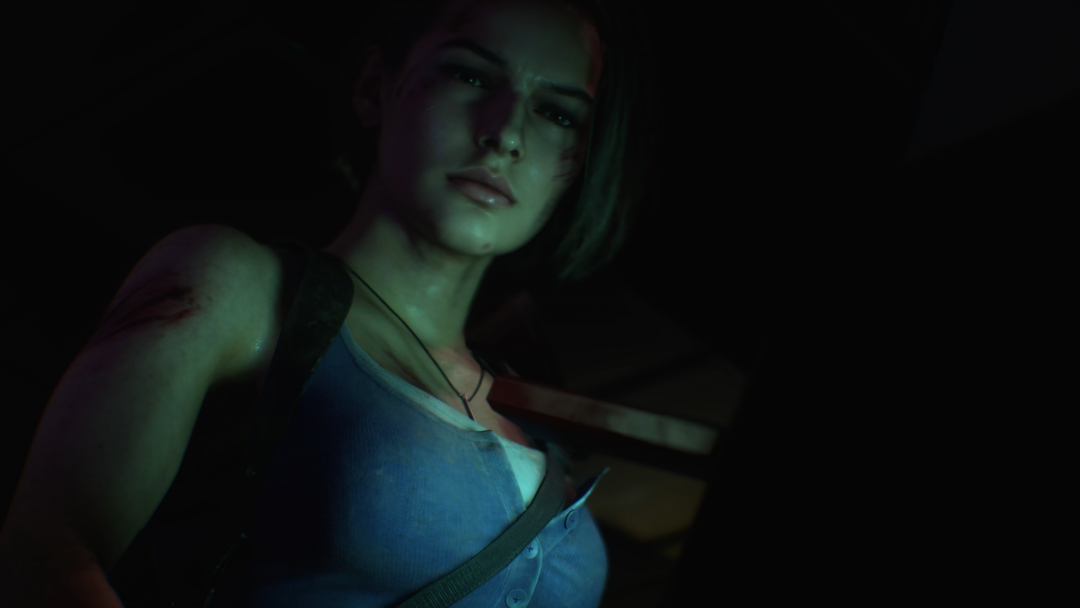 Head straight ahead and into the door with the green keypad to use the safe room. Once you’re done, head out the door and up the stairs on your left.

Take the first left at the top and follow the corridor around until you see a zombie to kill and a box to open. Grab the shotgun shells from the box and head back around the corridor, killing the new zombie that appears.

Instead of going back down the stairs on your right, take a left. Go through the door on your left and get all the supplies from inside. There’s also a console you need to interact with to get an Override Key, which allows you to access red panel doors.

Now head back down the stairs and take a left. Use the Override Key on the door to your left. There are zombies inside so kill them to make the room safe. It’s also worth killing every pale zombie you see with the magnum in this section. Head up the stairs when it’s clear.

Go through the door at the top of the stairs and interact with the console to get the Culture Sample.

The other door in this room leads to some handgun ammo. When you’ve grabbed that, leave the room and head back down the stairs, shooting pale men in the head with your magnum as you go.

At the bottom of the stairs, head around the hanging machinery to the other side of the room from where you entered. Grab the green herb and shotgun shells, then head through the door.

Go down the stairs and run around to behind the base of the stairs. Kill the zombie. Now interact with the big red battery and push it into the wall. There’s also a first aid spray in a box opposite the battery. You can now use the console at the foot of the stairs to open the massive door into the birthing room.

Walk through the length of the room and take the elevator at the end. Follow the walkway along and kill the zombies that appear. 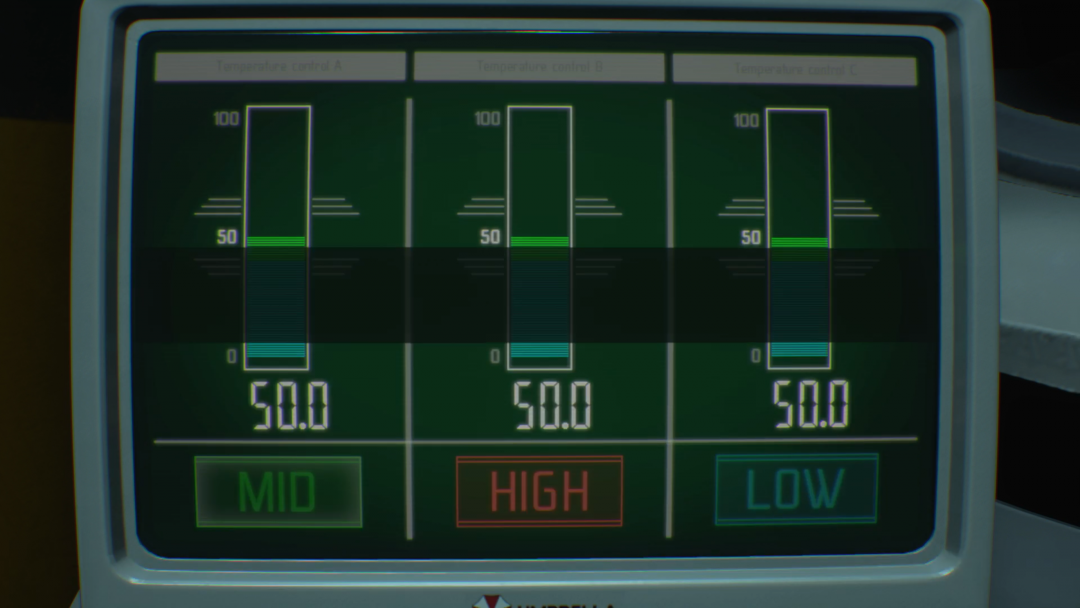 Head through the door, shoot the zombie, get what items you need, and grab the Liquid-filled Test Tube from the cooler. Now head back the way you came, but be ready for some creatures to escape their pods.

Once you’re done, head all the way back to the room where you got the Override Key, at the top of the stairs near the safe room.

You need to combine the Culture Sample with the Liquid-filled Test Tube to create a Vaccine Base and use it on the apparatus at the center of the room.

Now you need to mix the vaccine in a simple puzzle. The solution is middle, middle, left.

There’s a cutscene and now you’re on a linear path again. Get through the crawlspace and you’ll trigger another cutscene.

Grab whatever you can from the safe room that follows - as much as you can carry - and save there. Get down the walkway and you’ll have another cutscene before a boss fight with Nemesis. 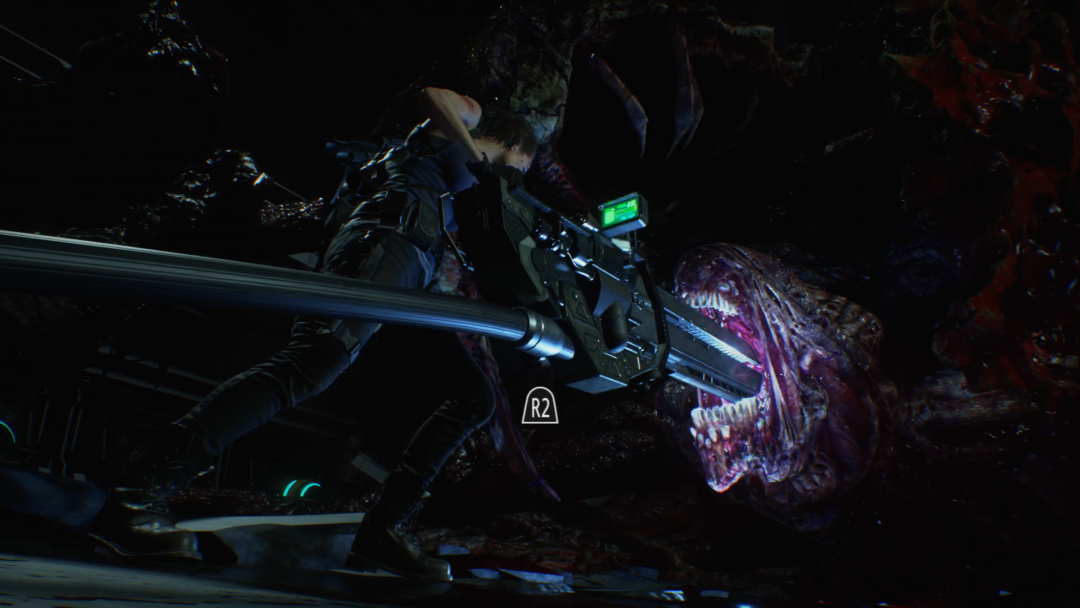 The trick here is to save your explosive rounds and pistol ammo. Use just the shotgun when it’s attacking, dodging as needed. When it runs off, deal with the zombies and wait for Carlos to shout out a tank number. This is the tank Nemesis is sitting on or hiding behind.

Shoot the lit up squares on the correctly numbered tank and you’ll do big damage and electrocute Nemesis. It will fall and you can fire an explosive round into its exposed core. Keep this up and you’ll have it finished in no time.

Now you’re back on a linear run until your final encounter with Nemesis, which is easy if you know what you’re doing. You will only need your pistol.

First, interact with the massive rail gun twice, then fire it at Nemmy. Next, use your pistol to shoot the pustules that have grown around the creature. When they’re all gone, he’ll collapse and you will have time to push some of the red batteries in at the side of the arena. If you don’t get them all, just repeat until you do. Then you can use the rail gun again.

Repeat until Nemesis is a thick paste. Follow the linear route and you’re at the end of the game.