PlayStation 4 is rolling out across the UK and Europe now. Paul Davies spoke to PlayStation UK's boss Fergal Gara to get a handle on just how big today is for Sony, and what comes next for the console. 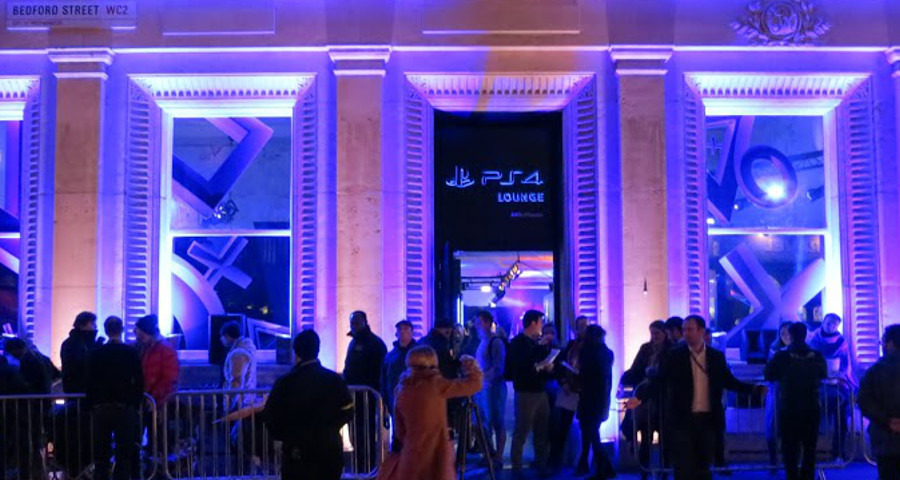 On the eve of the colossal push to bring PS4 to a further 31 regions worldwide, VG247 caught up with SCE UK & Ireland boss Fergal Gara to consider a repeat performance of the US slam dunk, and as you can see from our PS4 launch in pictures, there was no shortage of gamers queuing up to get their paws on Sony's new machine.

Over to you Mr. Gara.

VG247: After a record-breaking launch in the US on 15 November, is a similar milestone now expected across the remaining territories this weekend?
Fergal Gara: Well, it was brilliant to see that was our strongest ever start in North America, a very important region to us and to gaming. We are hopeful that we’ll see similar demand and appetite in Europe, and, speaking personally, for the UK and Ireland. That level of demand, that level of passion, among UK gamers looks very promising based on pre-orders. There’s excitement building today, so yes we are very confident of a strong launch.

VG247: Are pre-orders a good enough indication of the kind of performance we’ll see at retail?
Not every pre-order will get satisfied tonight. Retailers are working with their customers to manage expectations, and to make sure their pre-orders get fulfilled. Every pre-order that was made up until a week or two ago is definitely safe for pre-Christmas. There was a cut off with a few retailers where, if you pre-ordered from that point on, you are likely to get your unit post Christmas. However, the real positive is that, because production has gone well, we are able to release some free stock into the market for tomorrow. So it does mean that it is possible to get hold of a unit even if you haven’t pre-ordered, and there’s great excitement around that.

VG247: Xbox One failed to smash UK console sales records in its opening weekend. Retailers promised a close race at launch, so was this a cause for concern within Sony?
I can’t comment on the competition, and I don’t really know the details of their position regarding stock or demand. What I do know is that our stock position is good and demand for PlayStation 4 is phenomenal; definitely the strongest we’ve seen for any PlayStation platform.

We find it absolutely heart-warming and humbling that gamers are returning to PlayStation and that the message we’ve been delivering all year has gone down really, really well. They trust us, and they respect the work we’ve done to deliver such a great machine at such a great price, and bring it out in a timely manner. Of course we keep an eye on the competition, but we’re playing our own game here, sticking to our own agenda, and we have done since February. 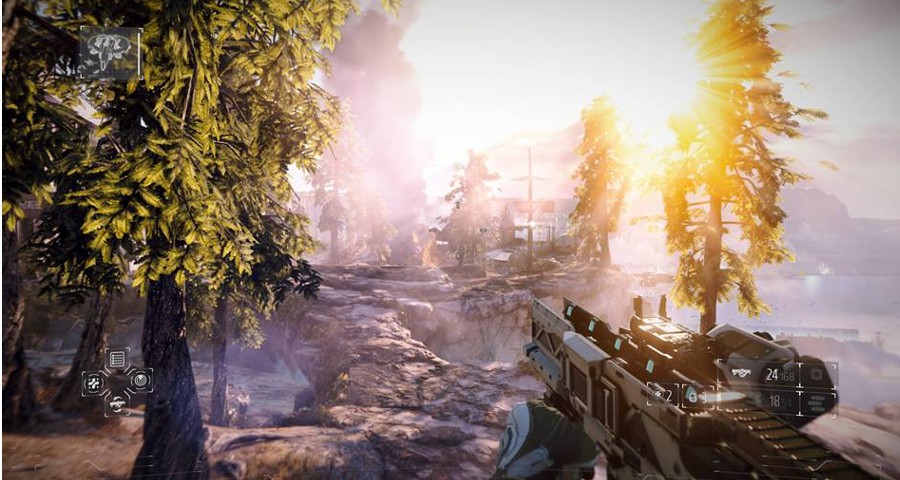 VG247: There was some mutual back-slapping on Twitter among PlayStation and Xbox executives around their respective US launches. Did the Gara household welcome an Xbox One last weekend?
Personally, I’ve spent no time on it at all though we do have some in the building. It’s not for me to comment, you know, because there’s a different strategy at play from a great competitor. We’re proud of our own strategy, we think it’s very focused, we’re delivering it well and it’s going down very well with the audience that we wish to impress.

VG247: Are non pre-order customers likely to find many, if any, PS4s freely available before Christmas? Which is the better headline for Sony on Monday: ‘PS4 Sold Out’, or ‘PS4 Widely Available’?
There will be free-stock dropping into the market on a regular basis. Some retailers are brilliant at pre-orders, and some very important retail partners are less good at pre-orders. It’s not appropriate to penalise a retail partner just because they didn’t deliver fantastic pre-orders, but those with the best pre-orders will end up with strong market shares for sure. Again, PS4 will be tough to get hold of, but it will be possible to get hold of, at regular intervals right up until Christmas and beyond.

VG247: Microsoft opted to launch across 13 territories, whereas Sony has committed to 32. How does this strategy reflect the goals for PlayStation, at the risk of leaving UK customers empty handed?
We’re a global brand with lofty ambitions. The way that stock has been allocated is first of all reflecting our strength across various markets, and secondly reflecting where we see strong early-adopter nature. There’s no doubt that the western markets are the hungriest and will be in the fastest, so the US and the UK will be two of the leading territories. Actually, the highest number of pre-orders per head of population is Ireland, narrowly outdoing the UK.

Western, English speaking countries seem to have the fastest appetite. It doesn’t necessarily mean that over time they will be the biggest, but they’re ready, willing and able to jump in early. PlayStation has fantastic strength across Europe, fantastic strength in Japan and Asia. We want to service all those markets; they all want it and they all want it now [laughs]. We’re not quite able to deliver the world on one day, there’s production reasons for that etc, but we’re getting as close to it as we can. To be effectively complete with a global launch by the end of February is pretty tight for a product like this.

VG247: Even though you’re arguably ‘spreading it thin’, is there still confidence that PlayStation 4 will march ahead of the competition in the UK and US specifically?
We’re confident that we’re in a very strong position. Historic market share in the European region would suggest it’s going to take a lot to unsettle the PlayStation strength there. Stock levels are good globally, and whilst I don’t know what the competition have, I think we’ll deliver some impressive numbers. We’ve already gone on the record as saying we expect to deliver five million PS4s by the end of our financial year, which is end of March. Clearly the US launch shows that we’ve made strides along that road already – 20 percent of that number in 24-hours is a pretty good start. 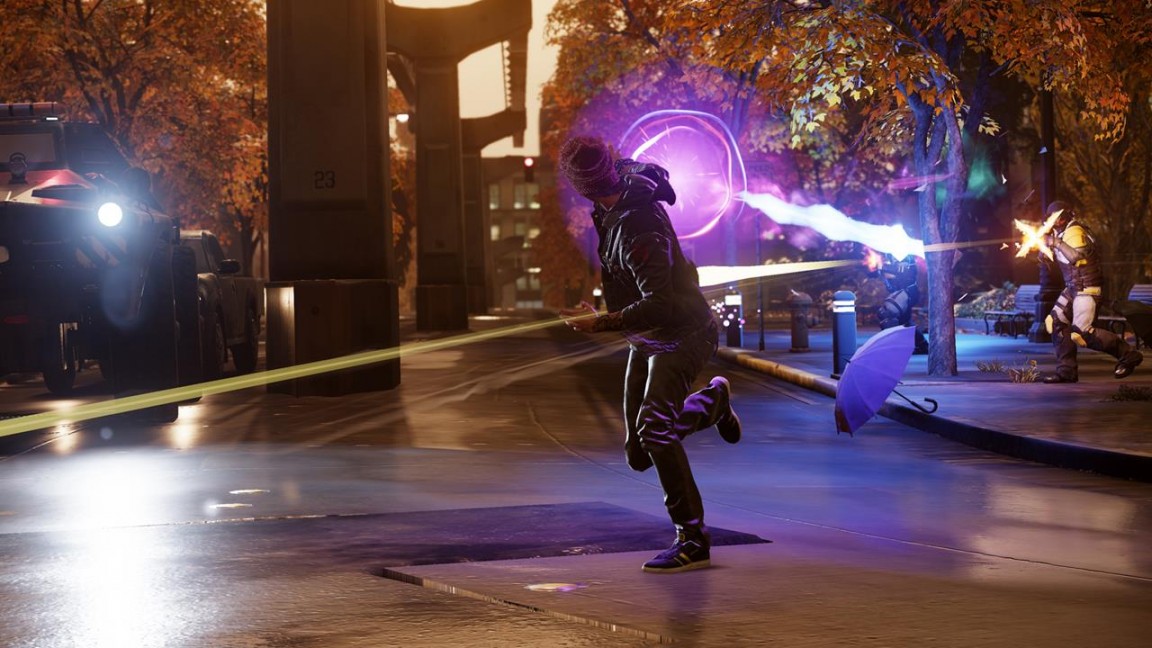 VG247: Is the value message more or less relevant at this stage? Are we still looking at the triangle model of early adopters, etc. or did iPhone change all that?
In gaming it’s still rather similar. The people that come in over the next few days, weeks and months will be the hungriest, keenest early adopters. Also, there are those who may be ready for a new console more than others. Some people bought a PS3 last week, and I’m sure they’re still enjoying that. Some people bought a PS3 six years ago, so they’re really ready to move on. The triangle model, as you describe it, we do see applying, though it may be more rapid.

Your touching on the Apple effect there… actually the biggest dynamic I might see from that tech sector is readiness to change technology more rapidly, and the appetite to jump into PS4 early seems to be there. How much of that is the seven year wait, and how much of that is conditioning by other tech sectors in which a layout of £350 is not considered huge anymore, I think there might be a bit of that going on. But value matters to us, and we worked really hard to get to that price point and deliver the power that we have done in PS4. With PS4 we’ve delivered the magic balance between power and price.

VG247: How is Sony uniquely capable of ensuring the success of PlayStation 4? Has flying by the seat of your pants become an actual strategy for the next decade? User voice has never been louder…
We’re dealing with platforms that are ‘semi-organic’, for want of a better term. The hardware is cast in stone, but because the firmware continually evolves the capability of the machine will move over time; just as it did with PS3, but even more flexibly with PS4. We’re not dealing utterly with a fixed proposition; we expect it to start great and to become even better.

In terms of reactive versus planned, there’s a huge amount that’s planned and almost none of that has changed. So, yes we’ve listened to our audience, yes we’ve watched the competition, and in some of our communication we’ve responded. It’s good to be agile, and it’s good to stand up for what you’re doing really, really well. I think that’s what we’ve done this year. The core plan has stayed completely consistent.

VG247: To paraphrase Andrew House from September, failure is not an option with PlayStation 4. Did you know what you were getting into when you joined SCE a little over two years ago?
My brief was simple: We want to be market leader in the UK, go forth and conquer. PlayStation 4 was not a project that we were talking about in any detail at that stage. My task was to build better relationships with our stakeholders, whether they be publishers, whether they be retailers, media etc, and to try and be more open PlayStation.

We were to try and build a team, and a culture within the team, that was energetic, driven, collaborative and wanting to win. PlayStation 4 was the project we’d been building up to with all of that. But, we would’ve taken it extremely seriously regardless of the wider corporate position because that’s what we’re here to do: we’re here to compete with, frankly, fantastic devices – we’re privileged to have great products, and now we need to deliver great results with those products.

VG247: This all seems to tie-in quite neatly with how Mark Cerny introduced PlayStation 4 in February, evangelising about the platform itself, going out and listening to developers…
Yes, absolutely. I think that there has been humility, a will to win and a focus top to bottom of the organisation that’s come together very nicely this year. It’s a privilege to have played a part in that, but it is just a part, it really is a very big team working very well together I believe.

PlayStation 4 launches across Europe, including UK and Ireland, today.