For such a small update to the Overwatch PTR, this latest patch brought many big changes. 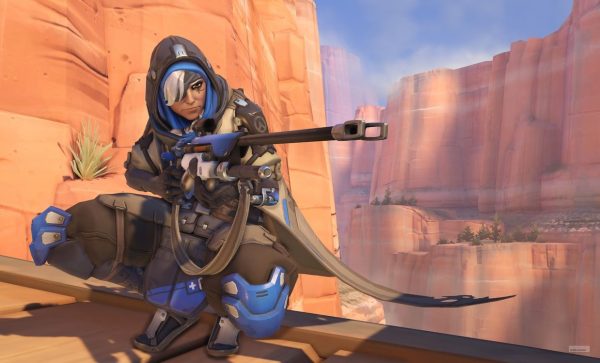 Overwatch developer Blizzard continues to iterate on the game's balance in the PTR.

Merely a day after the most recent update brought a nerf to Ana's Biotic Grenade and allowed Zenyatta to target enemies through barriers, the same changes were reverted in another update.

In Ana's case, both impact damage and healing for her Biotic Grenade were nerfed, from 60 to 30 for the former, and 100 to 50 in the latter's case. The nerf to her Biotic Rifle damage, however, remains unchanged.

Now, these changes have gone back to their live values. Naturally, adjusting these values back so quickly after making them like that left a few people unhappy.

According to principal designer Geoff Goodman, Blizzard pulled back on some of the nerfs to Ana after "testing, feedback, and talking about it a ton internally".

"The damage reduction on her weapon is significant, but if this ends up not being enough we can re-visit some further tuning. We don't want to swing her balance too wildly within a single patch," said Goodman.

It's not all bad news for the zen robot, however, as the most recent patch removed the spread when firing the Orb of Destruction. This animated GIF from Reddit user soulofdragon compares the spread before and after.

Finally, the other big change comes to Sombra. This particular feature was confirmed only yesterday, and it allows her and her teammates to see hacked healthpacks through walls.

Hopefully this Sombra update won't be reverted like some of the other ones.