There's more to backpacks in Fortnite than just jetpacks.

Jetpacks were recently added to Fortnite with the release of content patch 4.2 as part of a new item called backpacks.

Earlier this week a backpack called Eye of the Storm Tracker was accidentally put live in the game. Epic pulled the item as it wasn't ready for prime time just yet.

Since backpacks are a new item, more will be added to the game over time, and it appears we have an idea of what may be in store. Considering Epic said the Storm Tracker was a test item, what's seen in the data mine may never officially make it into the game. 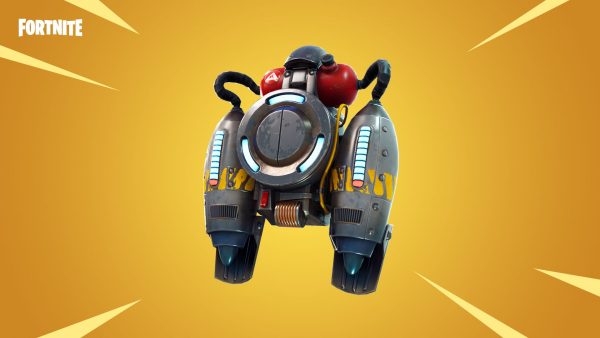 Found in treasure chests, backpack items, much like weapons and consumables, take up an inventory slot and can be moved to different positions.

Only one backpack can be carried at a time, and if a player picks up a different backpack, it will be automatically swapped with the one currently equipped.

Content update 4.2 went live earlier this week and added the Solid Gold v2 limited-time mode which is going on as we type.

And don’t forget: alongside patch 4.2, Fortnite’s Week 4 Challenges are live. Be sure to give that link a click so you know what to expect.