Life is Strange: Before the Storm is here. Who wants to talk about feelings! No major spoilers.

Life is Strange: Before the Storm – Episode 1: Awake starts off exactly as you’d expect from a Life is Strange game: the dialogue is awkward and stilted and everyone feels a bit uncomfortable.

The first challenge our hero faces involves entering a venue she is much too young for. Although we’ve had plenty of cues expressing Chloe’s intentions by the time the game yields control to us, the first thing we hear is Chloe's internal narrative saying something very much like If I want to get inside, I have to get through the door.

This tautology (of course you need to walk through the door to get inside, that's what doors are for) is such a ham-fisted way to give the player an objective. I immediately thought of half a dozen better ways of expressing it, including the very simple I need to get through the door.

“Ahh, yes,” I said to myself. “This is definitely a Life is Strange game.” Dodgy dialogue? It’s hella familiar. 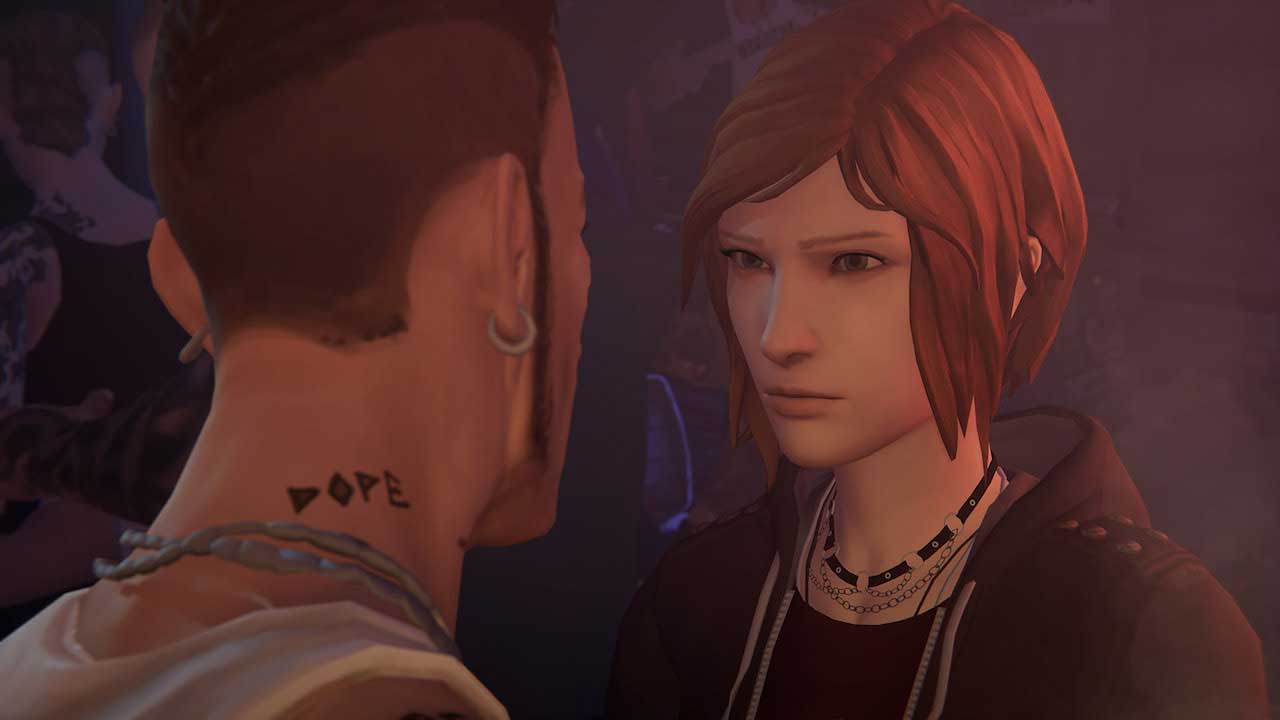 I never came to terms with “hella” in the original Life is Strange (Before the Storm has; check the subtitle size options for an example of its comfort). As much as I loved the game, and felt it moved beyond that cringe-worthy beginning, I never really gelled with Max, except in that we both loved Chloe Price. I was never a teenager like Max: earnest, dedicated, well-intentioned.

I wasn’t really a teenager like Chloe, either, because I was way too nerdy to drink or take drugs. I did ditch school a lot, though; my home life was totally fucked up; I really liked setting things on fire; and I had so much angst I enrolled in advanced German to find better ways to express it.

The awkwardness of Chloe’s dialogue feels more natural now that we’re in her skin than it did when we looked upon her, somewhat worshipfully, through Max’s eyes, because we’re suddenly privy to all her pain and insecurities. It feels much more like authentic adolescent gormlessness from the inside. Once I realised all my embarrassment stemmed from shared experience, the flinching shame turned to appreciation for the subtleties of dialogue, voice acting and animation that communicate it almost too well.

Deck 9 has turned the awkwardness up instead of down, and there’s an amazing contrast between Chloe’s bravado in a situation she feels she can control to her suddenly stilted, hesitant behaviour when she’s thrown into a new arrangement of the world where people aren’t quite what she’d expected them to be. 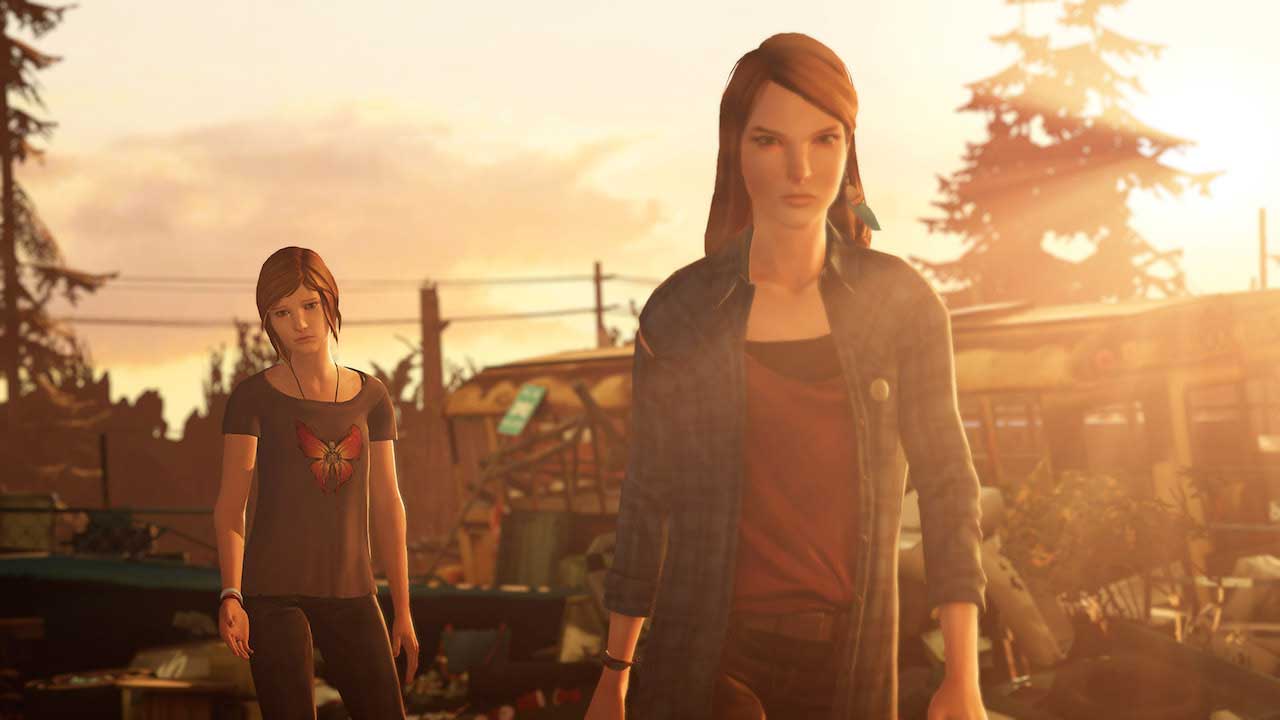 If you can’t relate to a sudden feeling of disorientation, confusion and stomach-churning excitement at the sudden attention of someone you consider all that and a bag of chips then I deeply pity you, because it is the best, and the worst, and very much worth being alive for. As in Life is Strange 1, Before the Storm lets you make up your own mind as to the nature of the relationship between its leads - although this latter series makes the possibilities more explicit, most notably in a journal entry that feels entirely tacked in but made me laugh as soon as I stopped blushing ferociously. The player has several chances through Episode 1 to decide whether Chloe’s feelings are romantic or friendly, but either choice will send you straight to Emotionsville because, well - sometimes that's how intense friendships are.

(Regardless of your own gender and romantic preferences I encourage you to go for broke with Rachel Amber. We have all spent too much of our lives failing to tell people we fancy them; why would you miss a chance to practice being upfront and honest about it? Get in there, kid; she seems like a lot of fun.) 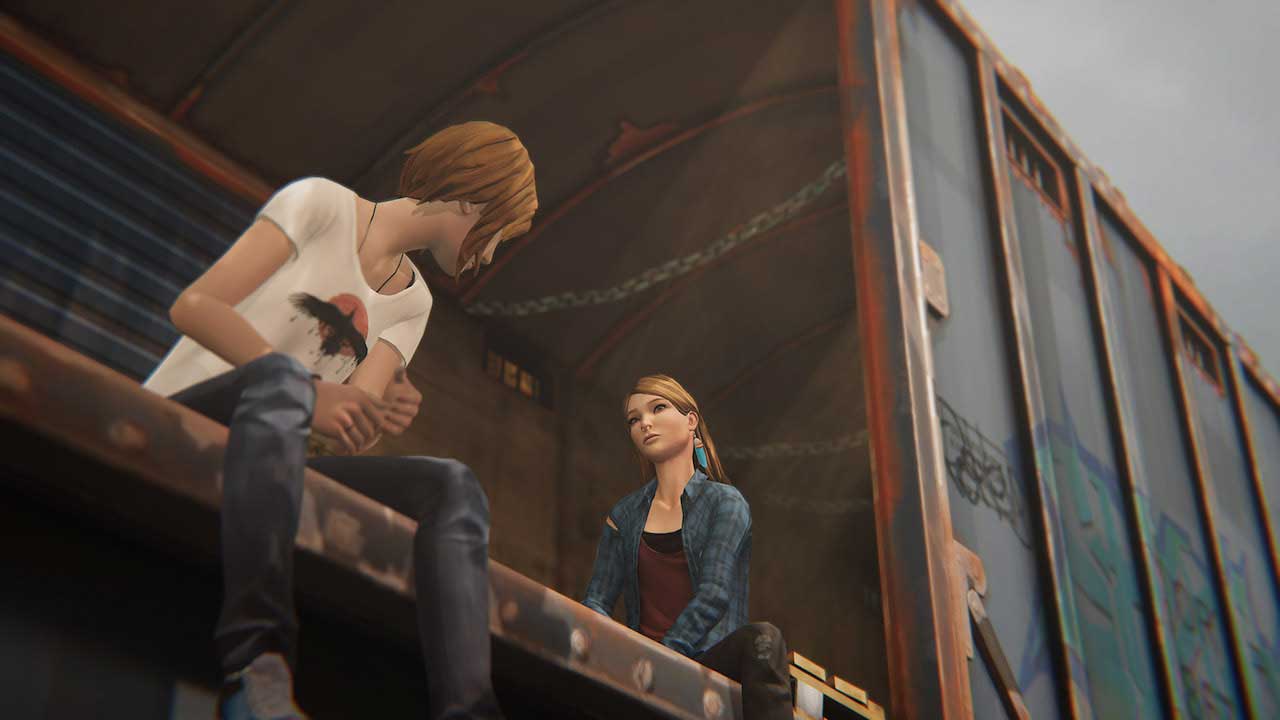 When I first heard about Before the Storm I was mildly outraged; it seemed such an unnecessary add-on to one of my favourite story-driven games. Having played Episode 1: Awake, it suddenly feels vital. The context it adds to Chloe’s story, beginning in the second scene, makes her character so much - more. To my surprise, with just one episode under our belts, Before the Storm has also provided a fairly detailed sketch of Rachel Amber, and suddenly that has made my understanding of Life is Strange 1 much richer, too.

Speaking of that second scene, and circling back to my opening point, before the Storm also follows in the Life is Strange tradition of getting better almost immediately after a rubbish moment. The repeated objective prompt from Joyce in the second scene is far more natural than Chloe’s ramblings. From the third scene onwards, Chloe writes her primary objective on her hand, and you can glance at your palm to check it. Both of these solutions are much more elegant, and I almost wonder if Deck 9 deliberately set out to make one of the earliest things you hear once you actually start playing to be the hella worst line in the game. 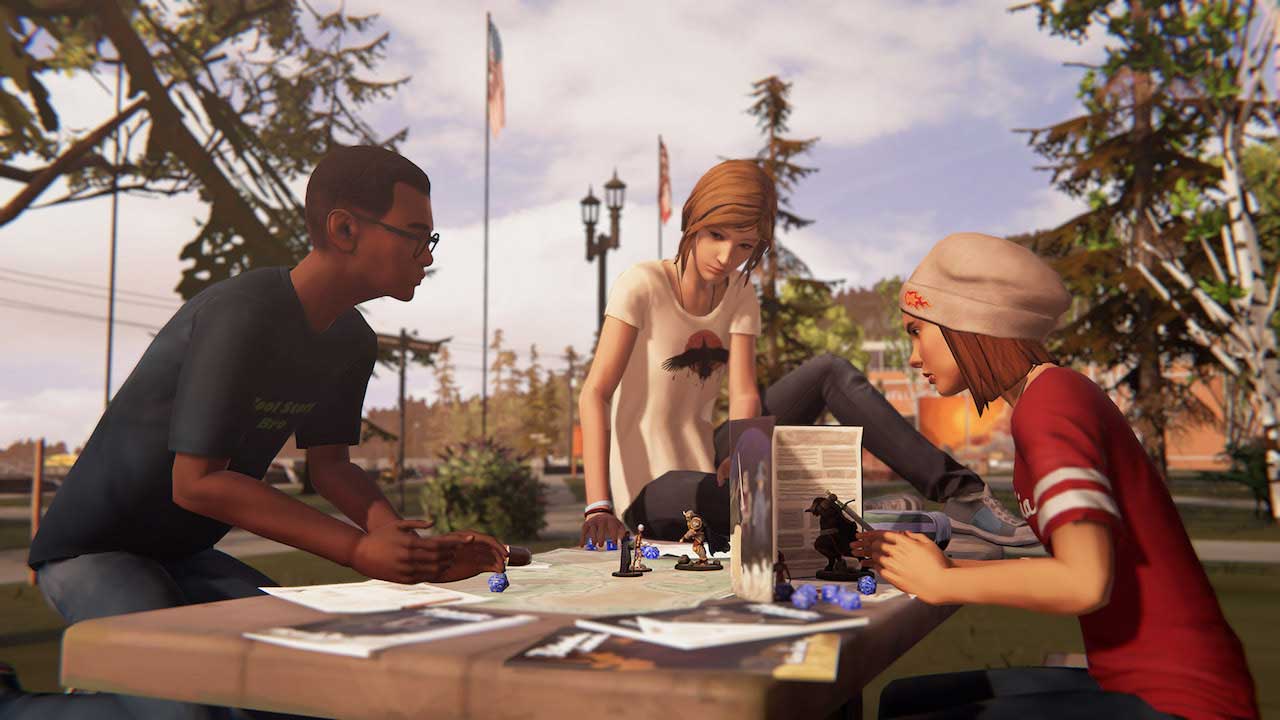 This is a minor spoiler; skip down past the next image to avoid it.

Actually, it turns out “hella” is explained during Episode 1. Rachel says it, and Chloe laughingly calls her on it. “Who says that?” she asks. “It’s a Cali thing,” Rachel replies.

This means more than it initially suggests. In an earlier conversational branch, we can learn Rachel was born in California – but hasn’t been there in a long time. Of course her knowledge of slang is outdated, or erroneous, but she holds onto it as something that differentiates her from the residents of Arcadia Bay, a place she longs to leave, for reasons we’re only just beginning to explore.

At the beginning of Life is Strange 1, Rachel is gone and Chloe is determined to find her. She and Rachel are two of a kind, you see. They’re not like the residents of Arcadia Bay. They’re gonna blow this joint together.

Is this a retcon? I don't care. It's beautiful. I'd like to think not. 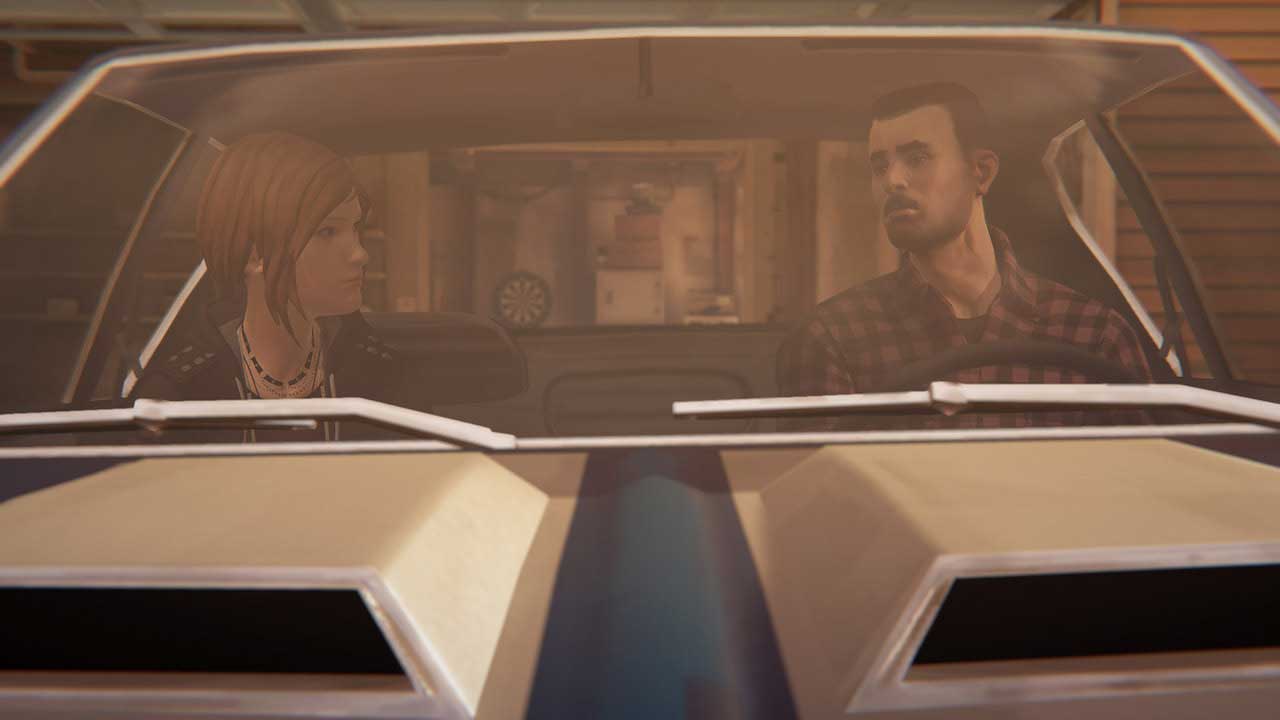 Well! That’s just about all I can say without ruining everything for those who haven’t played yet. Try to keep any comments spoiler-free. Let’s just all nod pointedly at each other and whisper things like “how ‘bout that ending”, "did you play D&D?", “what did you do when the thing and the other thing”, and do our secret we’ve-all-had-feelings handshake.