My book would not be my book without games. 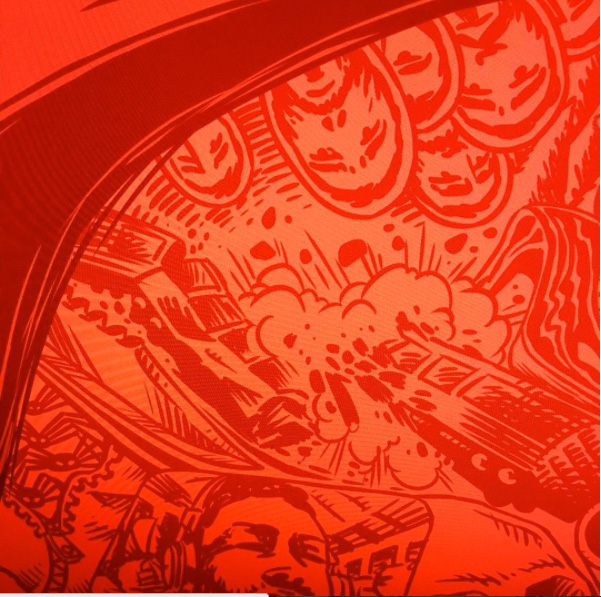 My first novel, Deg, releases today. While this piece of writing is an exercise in marketing, I suppose, there is a connection between Deg's existence and video games, as much as I possibly wish there weren't although that would be foolish. It's important to spit things out.

Sections of Deg were inspired by my experiences through work, as you'd expect, and I wrote about Los Angeles, the French south and other locations in 2013 as I travelled to E3, Gamescom and whatever else another annual round of planes and faded faces. I was fortunate enough to visit studios in Amsterdam, Montpellier and Annecy during that period, all these places inspiring me directly while laying down Deg's first draft. I doubt Deg would at all exist as it does had I not been working in games, at least certainly not in its latest form.

Deg was never a book about games, but they (games) did provide premise for several of its (Deg) scenarios, one of which involves the willing submission of youth to fantasy reality Deg's core was a combination of my panic at screen culture I'm sure I'll say it was about something else next week. Really, though, the idea of control via screen provided at least the kernel of what Deg finally became.

Games are everywhere in Deg, not least in its illustrations. The enormously-credited developer Ste Pickford agreed to illustrate each chapter when I was working toward self-publishing (it had been rejected everywhere, and it had been some time since I'd done anything in terms of getting it published). Ste had always been a vocal supporter of my experimental games writing on social media, and a friend suggested I ask an artist from the world of games to draw the cover as a non-corporate project. Ste's involvement has added something I never could, and has shaped my understanding of the text in a way I'm incredibly fortunate to have experienced.

Deg for me is a vibration of my life at the time of its writing of my world and the world of the screen it seemed to me at that point that the television and a connectivity that demands undead submission visualisations of social media and the construction of public spaces but games were always there the fear of the screen especially via Twitter and Facebook this dependance on consuming banality extended easily to games and the European and American shows, what with their shackled youngsters, provided logical material. And that's how it was. And that's what's in the book.

I mean, I'm sitting in a war room. I could go on but that doesn't seem wise. Got deals to post.

Deg is available now, although the initial hardback run's sold out. More have been ordered, apparently. There's a Kindle version if waiting is a challenge.