This all-new Fallout 76 update roadmap is designed to illustrate Bethesda's plans for the game's future. As well as the implementation of Seasons - which will be available to all players from this summer - there will be a major rebalancing of combat in fall, while a brand new, year-long Brotherhood of Steel story arc is set to launch this winter. You can check out some official art for the Fallout 76 update roadmap below. 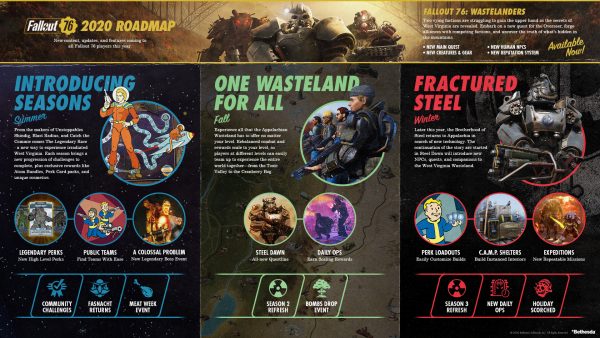 Seasons, which are first up on the update roadmap, are a new feature designed to replace the current Challenge system. They will be available for all players and are set to implement a new progression system to unlock a variety of items, including Power Armor paints, Atoms, and Perk Packs.

Seasons will also introduce a new currency - while the Challenge system rewarded players with standard Atoms, Seasons will offer them S.C.O.R.E. points, which can be used to advance seasonal progression. 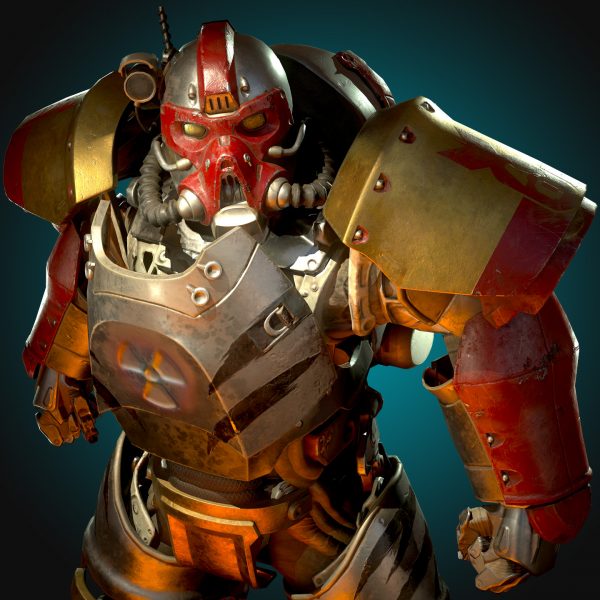 According to an official press release, here's a general structure for Fallout 76 Seasons:

The first Fallout 76 Season is due to kick off alongside patch 20 this summer. It's also worth noting that Bethesda is offering a free weekend for Fallout 76 this weekend, during which players can try out the game - plus the new Wastelanders expansion - completely free of charge.

Also, Fallout 76 is getting pets.