Bungie has released hotfix 1.0.5 for Destiny 2, and it's main focus is fixing raid keys.

Destiny 2 players have been experiencing the loss of raid keys when the weekly reset rolls around. This is now a thing of the past, thanks to hotfix 1.0.5 which was applied during today's downtime.

According to the patch notes, to avoid "erroneous removal of raid keys," they will no longer be removed upon hitting the weekly reset. Raid keys will also no longer removed upon creating a new character or upon logging into alternate characters for the first time in a new week.

There was also an issue where a kinetic weapon would remain equipped after certain supers expired. This has been fixed.

The team also figured out why Nessus scout reports would not add waypoints to certain chests, and have remedied the situation.

On the Companion app side, Android users noticed some Milestones weren't showing up in the Progress section. English text was also showing in the Gear section for languages other than the aforementioned. These issues have been fixed. 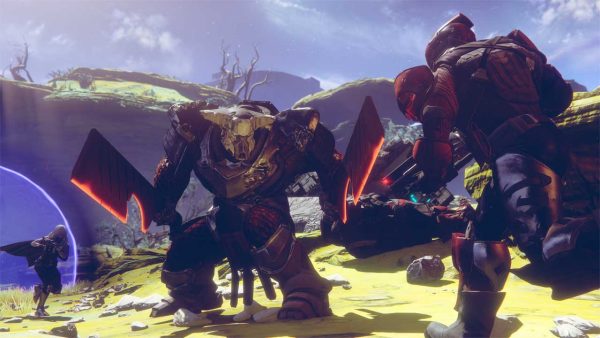 Users of the iOS version of the Companion can now look up clans by name, exact matches only. There was also a fix applied to Milestones not showing the name and icon.

The ability to look up clans by name was also added to the web version of the Companion.

Destiny 2 went down earlier this morning for server maintenance and to push out the hotfix.

In other Destiny 2, pre-loading is now live for the PC version through Battle.net. It will be released on Tuesday, October 24.