Darkest Dungeon's fans can pick up the Lovecraftian-themed Color of Madness expansion in just two weeks - unless you're on PS4.

It's been a few months since Red Hook Studios launched The Color of Madness, a brand-new survival expansion for Darkest Dungeon. Inspired by Lovecraft's The Colour Out of Space, this DLC sends your dungeon crawlers to the Farmstead, where a comet has transformed the locals into monsters. After an initial PC run, Red Hook is ready to release the add-on for consoles - with a caveat.

The good news is Color of Madness will debut on October 11, 2018 for Xbox One, the Switch, and even iPad. The launch will come alongside a new balance update, and a free DLC unit, "The Musketeer". (Thanks Eurogamer.)

If you purchased the Digital Ancestral Bundle before this date, you'll need to pick up the expansion separately - otherwise, all new bundles will include it. What's more, the Physical Ancestral Edition for Switch will get the DLC for free!

Now the bad news: the Switch edition required a separate Darkest Dungeon build that needed certifying, so there's a chance it won't be ready for October 11. By the same token, PS4 and Vita versions are not yet certified and will be released at a later date. 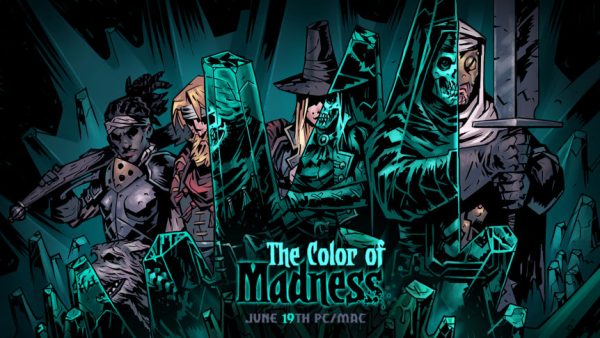 The Color of Madness introduces a new setting, enemy types, and a wave-based survival mode where players try to defeat deadly hordes and three powerful bosses. Whatever system you prefer, if you enjoy horror-themed dungeon crawls, this is worth checking out.