Before playing it, I had little interest in Anthem, a shooty new co-op game from the studio behind some of the best RPGs ever made.

When I think of a BioWare experience, it’s the story choices, the characters, and the surprises I remember most fondly. In contrast, Anthem looked cookie cutter - another game you run through with friends, staring at pretty environments and watching numbers pop out of bullet sponge enemies.

While the demo I played at gamescom was essentially that, Anthem does an amazing job of converting naysayers once you have it in your hands. Combat is clearly the focus, but the tight gunplay, the Mass Effect-esque powers, and the intuitive flight system elevate it above those initial impressions.

So how exactly did BioWare, a company best known for creating branching stories and deep single-player experiences, end up making a co-op shooter? 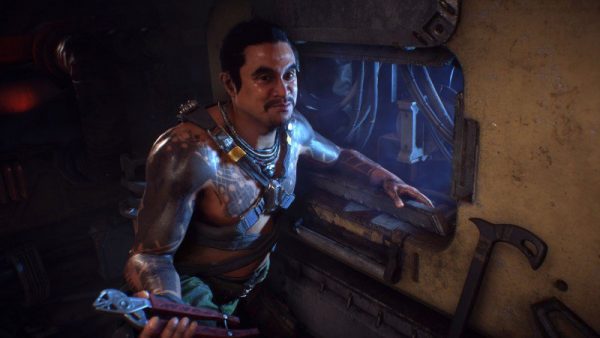 “When we were looking at developing Anthem, we wanted it to be its own thing,” game director Jonathan Warner tells me. “We felt like science-fantasy was an interesting space: the feel of it, the look of it, the power fantasy of it - that comes from a background of reading science fiction and fantasy books, reading comic books. It’s all come together in this nice little package.”

Storytelling is still important to BioWare, of course, and that idea of the world came before anything else. Anthem will retain some of those identifiably BioWare traits.

“Next week at PAX West we’ll be talking more about our story and our characters,” Warner explains. “There will be player choice. I think that Anthem, being a shared world social RPG, we’re focusing less on a massively branching story and more on making it a more personal narrative. There’s definitely choices in there that you’re making, but the focus is a little bit different for this game.”

BioWare says it wants to disrupt the industry when it comes to the game’s social features, making it easy to jump into the world with both strangers and friends. This, of course, adds a design challenge: how can you let players have an impact on a shared world without fragmenting the player base? While we don’t know exactly how BioWare has solved this particular issue, we do know that part of it is a case of simply scaling back on world-changing choice and consequence, at least out in the proper game world. 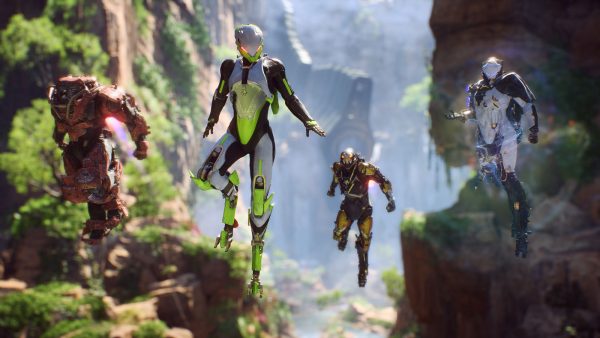 “We call this idea ‘our world, my story’ because the story of Anthem isn’t about a singular hero, it’s about a team of heroes - the freelancers - so it’s really conducive to telling a story about a group,” Warner says. “We wanted to make sure the world felt like it was a real shared space. We sync up all our day and night cycles and weather cycles. Let’s say you’re in the UK playing and I’m in Canada playing - we don’t group up, we’re just playing - and the next day we do a Skype call, we could be like, ‘Hey, did you see that storm last night? It was awesome. I did this’. We have something in common to talk about and it’s a common experience, even though we didn’t group up.”

The reason it is designed this way, in part, is so BioWare can add limited-time dynamic events whenever it wants. While Warner was tight-lipped about what these will be, he claims they will be “surprising”.

In fact, BioWare has solid plans in place already for post-launch. The game has been built to be a proper service game, so expect new javelins (those class-based, Iron Man-fantasy combat rigs), cosmetics, and a regular pace of fresh content to put those mechs through their paces. 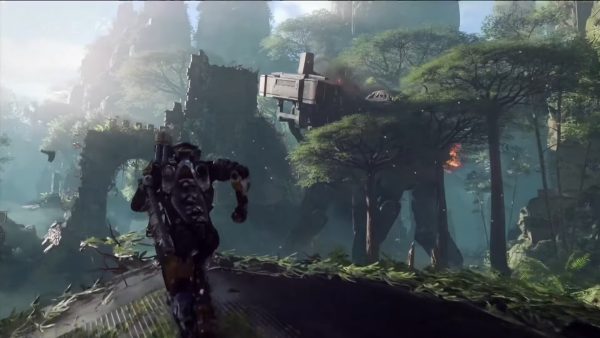 “To keep it on a philosophical level, I think to keep people engaged you have to approach it in a varied way, and keep the pace of it fairly regular so you’re not waiting for long stretches in between new and interesting things,” Warner says of BioWare’s post-release plans.

“Without revealing too many details, Anthem, at its heart, is about the progression of your javelin, your powers, and chasing rare loot. That’s a primary horizon that I think will last for a good long time. Then it’s something we can play with, add to, and add new horizons - things that you’re going to want to chase.”

What better way to reach those horizons than in a beefy combat mech kitted out with a missile barrage?