“This city’s always got a promise for you,” V monologued in the very first Cyberpunk 2077 trailer. “It might be a lie, an illusion, but it’s there, just around the corner. And it keeps you going.”

In the years before Cyberpunk’s release, would-be players subsisted on a similar sense of promise. Until CD Projekt Red’s ambitious eight-year bet came to fruition, it existed for fans as pure potential – a mental space where, guided by trailers, they could let their dreams run wild. A technologically-advanced future setting, plus a premise that appeared to marry GTA’s freeform chaos to The Witcher’s branching RPG choices, proved potent fuel for the imagination.

“CDPR could have made the players have giant robo arms, eyes that shoot small beams, hand mods that can make you climb buildings like Spider-Man,” a modder named Crazy Potato tells me. “The amount of possibilities are endless.”

For a subset of Cyberpunk 2077 modders, and the thousands of fans who download their work, that freewheeling space is one they’re looking to get back to. Like the lotus eaters of Greek mythology, they’re seeking to forget their disappointments and live in a Night City untarnished by contact with reality – a pre-pandemic world where an excitable throng could tell Keanu Reeves that he was breathtaking, and be called breathtaking in return.

For most, giant robo arms and laser eyes aren’t necessary. Many players are simply looking for a keepsake, an evocative object that takes them back to the heady days of E3 2018. SpookieCL’s Samurai Jacket mod, for instance, which recreates the LED-lit leather coat V wore for Cyberpunk’s initial reveal, has been downloaded 3,804 times. “I liked the original trailer and watched it so many times that many details just stuck with me,” Spookie says. “The jacket in the final product was different and didn’t really fit my taste, so I went with the original look, as it felt just right. Many feel the same.” 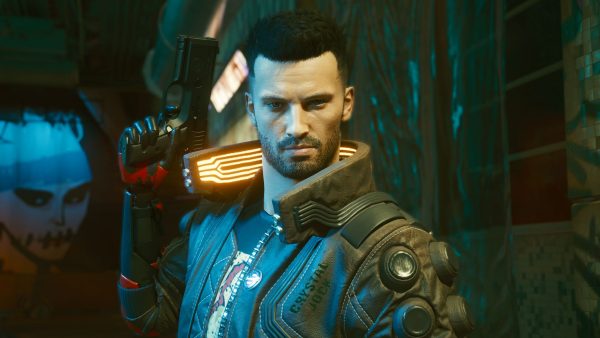 Crazy Potato, meanwhile, discovered unused mesh model and texture files for a feminine V, as she appeared in that first E3 showing. Once restored, they were downloaded 11,991 times. “I wanted to at least bring that back to life and have many enjoy something, be it small, that was gone and taken out for whatever reason by CDPR,” Crazy says.

Among the asset swaps are alterations to Cyberpunk’s vibe, too. WT3WD spent days tweaking the game’s lighting, chasing the “magnificent” illumination and “beautiful” clouds of the first E3 demo. “Many claim that the colours are better now,” WT3WD says. “That there is no more neon blue, that [it] no longer tires the eyes and yes, they even said that they are thankful for having removed the yellow piss colour.”

As NexusMods’ catalogue of Cyberpunk E3 fixes has grown, others have been inspired by the sense of contributing to a greater community effort. Joell560 refashioned the feminine V clothes shown in early demo footage of the game – replete with belt chain from the glory days of nu-metal – to the tune of 12,345 downloads. “I thought with all those mods together, you could have some sort of E3 experience,” Joel says. “Seeing the response to the mod and having others collaborate on it, I knew I had made the right decision.” 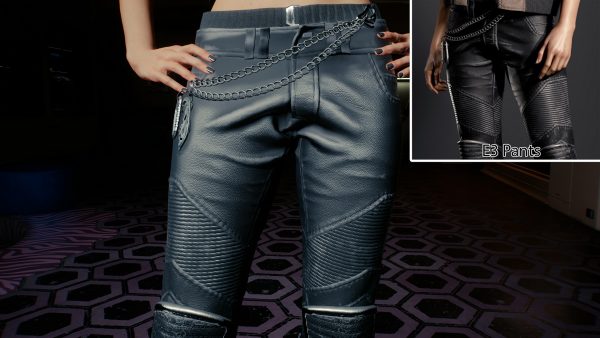 It’s important to note that there’s no community consensus on what the final Cyberpunk is missing. Some of the modders I spoke to complained of missing features like wall running and hacking into NPCs – both of which were shown in early footage – or a dearth of branching choices. Others had more granular concerns, like the inability to get an in-game haircut, or lighting that doesn’t vary enough between regions. One spoke of an elusive “soul” that was absent. “What we ended up with is a husk of a greater game that is now sadly lost to time,” Crazy says.

On the whole, however, the Cyberpunk modders I interviewed liked the game. Some are even optimistic about its future. “I am completely positive that CD Projekt Red can turn the criticism of the game and its stigma of being a ‘buggy mess’ around by listening to their audience,” Spookie says. “By actually fixing the game, as they have done so far, and releasing significant and high quality storyline/gameplay content that will satisfy that hunger for more.” 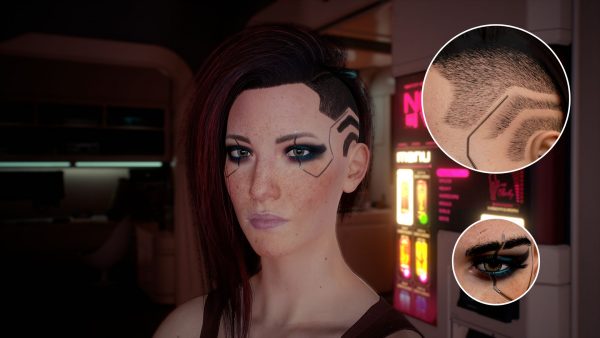 “We will have to wait until CDPR release the free DLC and expansions they have proposed to see if they can restore some of the content they had showcased,” says TheArcaneEagle, who restored a pink tank top shown in the E3 2018 demo that has been downloaded 4,726 times. “Right now, modders seem to be two steps ahead of them in delivering some crucial fixes that should’ve been there from launch.”

In the past, overambitious E3 demos have driven powerful backlashes that developers have had to weather for years afterwards. But any such impulse in the Cyberpunk modding community has been tempered by better understanding of precisely what an E3 demo is. More than one of the modders I spoke to realised early that Cyberpunk’s presentations were likely vertical slices representing CD Projekt’s aims, rather than a true picture of the game in its entirety.

“I think that a lot of people were expecting something different from what we received at retail, that the E3 version was real and they were lied to,” Joel says. “But in reality it was only there to generate hype for an upcoming release. I could say there was some wasted potential but with a game this size, something is definitely going to be missed.”

“The E3 versions always show games in their best light because they are intended to create interest in the game,” TheArcaneEagle adds. “By now, nobody should be surprised when it’s drastically different at launch for whatever reason. At the same time, it’s always hard to look back at what was shown and realise what could have been, so I can’t blame players for wanting to play the E3 version if certain elements can be restored.”

Perhaps modders are, by their nature, pragmatists – people determined to make the best of what they have. And if the Cyberpunk journey has taught them to reduce their expectations, it’s a useful lesson they can apply to their own work.

“I do see why people would like to play the ‘E3 Version’ but it doesn’t exist,” Joel says. “All that’s left is some unused files in the archives that modders have put to use.”