One of my most anticipated games this year is the next Battlefield, not for any particular headline innovation or a feature I can’t wait to explore, but for the game existing at all. I love Battlefield, and there really aren’t any other shooters out there that replicate the series’ specific mix of scale, destruction, gunplay, combined arms combat and memorable moments.

Rumours about the direction of the next Battlefield often pop up a few months before the games are due for a reveal. This time, the year-old rumour, that DICE was working on a Battlefield 3 remaster to hold people over until the next mainline entry, appears to have morphed into a different rumour: that DICE is instead taking inspiration from Battlefield 3 in building the next game.

I am not really here to comment on the validity or even likelihood of the rumour itself, but it got me thinking about a particular trait of Battlefield 3 that ended up defining it for me, and one I hope DICE adopts with Battlefield 6, regardless of any other mechanical or design similarities there may be. I’ve talked a little bit about this before, but the one thing about Battlefield 3 that stands the test of time remarkably well is the game’s carefully managed lack of focus.

It’s not a stretch to say that the environment Battlefield 3 released into, and some of the circumstances surrounding it are, in more than one way, similar to those awaiting Battlefield 6 today. The 2011 game came out at the height of Call of Duty’s dominance of the AAA shooter scene, and EA was adamant in chipping away at that market share with Battlefield 3.

Battlefield 3’s faster pace, shorter TTK, and greater focus on close-quarters combat were all created in part to try and appeal to the Call of Duty crowd. This push was even reflected in gameplay decisions, like the minimap, which borrowed Call of Duty’s rules despite Battlefield having a spotting system. But DICE also knew it couldn’t just leave the core Battlefield community behind, so Battlefield 3’s marketing played to both in equal measure. On one hand showing off the grand scale and all-out war of Caspian Border, while also assuring those who rarely consider Battlefield that BF3 was a game where their Call of Duty skills could seamlessly transfer, with maps like Metro and Grand Bazaar.

A decade later, DICE finds itself in a similar situation. Call of Duty is on the up and up once again, in no small part because of a largely excellent reboot of Modern Warfare, and its child Warzone. Call of Duty is relevant all year-round, a status it hasn’t enjoyed since the days of the original Modern Warfare and Black Ops.

EA may have long since given up on that quest to topple Call of Duty, but it is more incentivised than ever to go after the large audience Call of Duty currently attracts, in the same way Apex Legends was PUBG’s competition. EA also likely isn’t thrilled that much of the visible Battlefield community (YouTubers, Twitch streamers and the voices long associated with its brand) are now turncoat Warzone ambassadors. If nothing else, Battlefield could use the attention of those people. 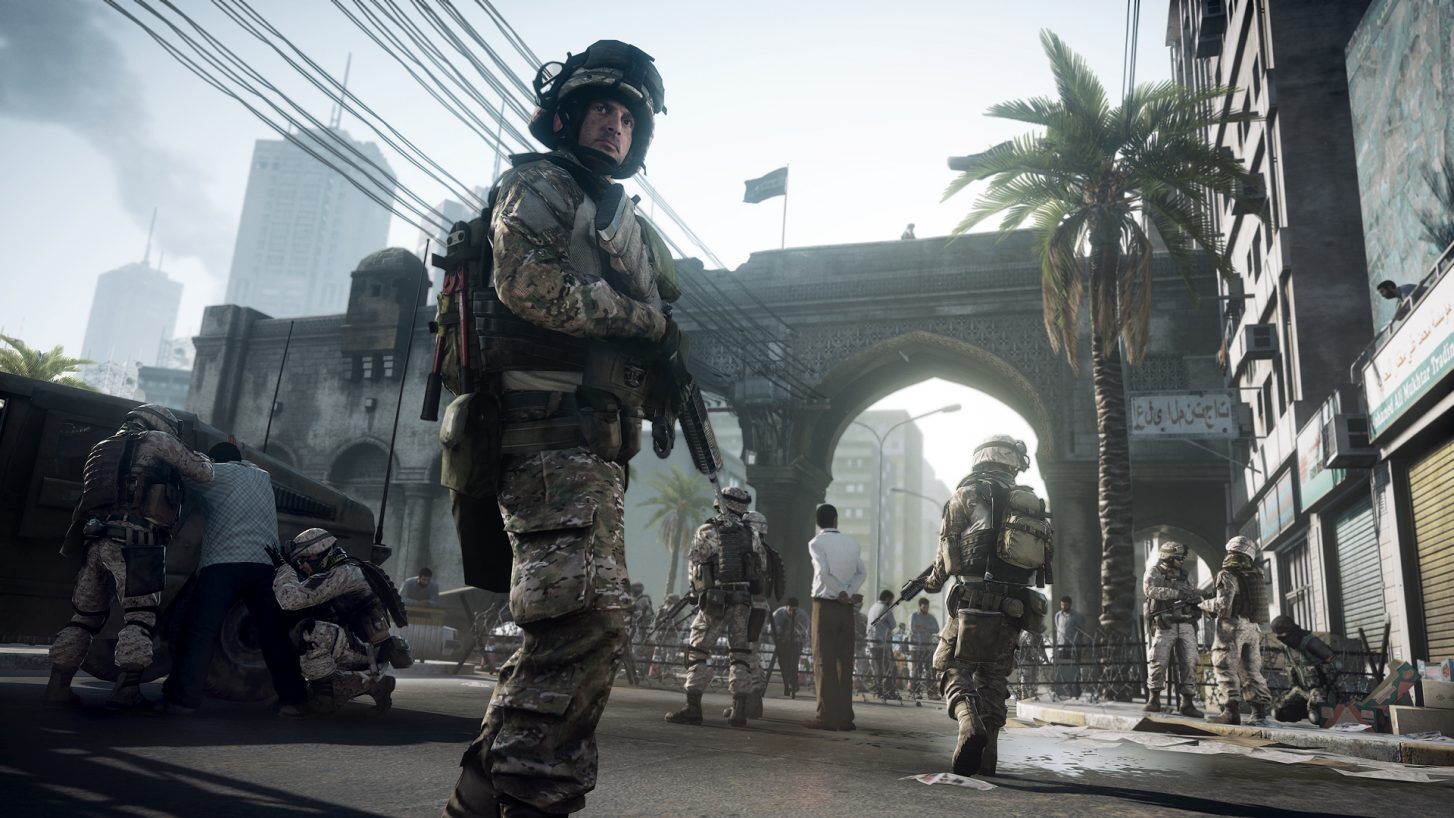 Which brings us back to Battlefield 3’s micro-focused design, the one thing I hope returns in the new game.

From a distance, Battlefield 3 actually appears disjointed and scatter-shot. Some maps cater to one community, encouraging certain playstyles, and others do the opposite for a different crowd.

Its gunplay is lethal, with higher-recoil weapons – rewarding skill. But BF3 is also the game that smears your screen with vaseline anytime you get shot at, essentially rewarding the attacker for missing and subtly allowing them time to land their shots. Class co-dependency is another long standing Battlefield tenet that changes shape and meaning with every game. Battlefield 3’s classes brought back the simplicity of Bad Company 2’s roles, while offering viable options in terms of weapons and gadgets for all classes to make them accessible.

Likewise, vehicles were easy to control – enough for the average player to participate in Battlefield’s chaos, with some depth that longtime vehicle masters could still find them satisfying. Everything feels like it’s split down the middle somehow, which often leads to meandering games that don’t really do any one thing well. But it’s the exact opposite of what that approach did to Battlefield 3. I won’t claim to know how this was achieved. The Modern Warfare reboot frustrated me for refusing to commit to one style, so it stands to reason that I should feel the same about Battlefield 3.

Things are rarely this cut and dry, of course. I like to imagine Battlefield 3 toed that line well because DICE managed to pack these different elements of fun into their own pockets. One pocket had well designed close-quarters maps for fans of that style, with enough action and a few meat grinders to make you forget it’s a Battlefield game. In another, there were the big maps, favourites of the old guard – the type that screams Battlefield.

Neither of which felt out of place, and both somehow gelled very well with the gunplay and class structure of Battlefield 3. This is largely why Battlefield 3 is remembered differently by different people. Ask anyone who played it, and you can clearly tell which side of the game they were into. It’s why Damavand Peak, Grand Bazaar, Seine Crossing and even the dreaded Metro are hallowed right alongside Caspian Border, Firestorm, and Noshar Canals.

Add-ons doubled down on this, too, with a clear theme for every DLC pack to adhere to. One was entirely CQC-focused, to a level never before seen in Battlefield. Another pushed the scale to a degree closer to the classic games. If one DLC didn’t cater to you, the next one just might. The maps that didn’t find a permanent place in my rotation were always fun to revisit for a few hours just to see how different they made the game I’d put over 100 hours into.

I feel this same approach can be replicated in Battlefield 6. With some careful consideration, the upcoming game could also be very appealing to the Warzone, chaos-per-minute crowd, the same one that dumped Infinite Warfare for Battlefield 1. Battlefield 6 could also be the game that brings back the salty, tired and lapsed series fans who’ve been left to roam the shooter sphere in search of that same high, to no avail.

I fully admit doing that wouldn’t make it excel at any one thing, not to mention raise the stakes even higher for DICE. But perhaps the next Battlefield shouldn’t be the game that does any one thing very well. It should be a reboot in a sense, a game that reminds existing fans why they fell in love with Battlefield in the first place, and looks inviting enough that new and reluctant players have no choice but to consider it.