It may not be quite The Mandalorian DLC you were hoping for, but Star Wars: Squadrons is getting some cool new items inspired by the show.

EA has announced one bit of DLC coming Star Wars: Squadrons tomorrow, October 28. The pack is themed after The Mandalorian Disney+ TV series, but it’s not actually a ship or a Mandalorian outfit for your pilot.

Instead, this is a pack of eight light cosmetic items, all of which can be earned in-game like all the other cosmetics in Squadrons. The biggest item is, of course, the Baby Yoda bobblehead, which can sit on any New Republic ship dashboard. Imperials get an IG-Series Droid bobblehead instead.

On top of that, each faction will also get one cockpit hologram, one decal, and one hanging flair. This is all free for owners of the game, in celebration of the Season 2 premiere on October 30.

This is about it for new content, as EA previously said that you shouldn’t expect any post-launch add-ons for Squadrons. 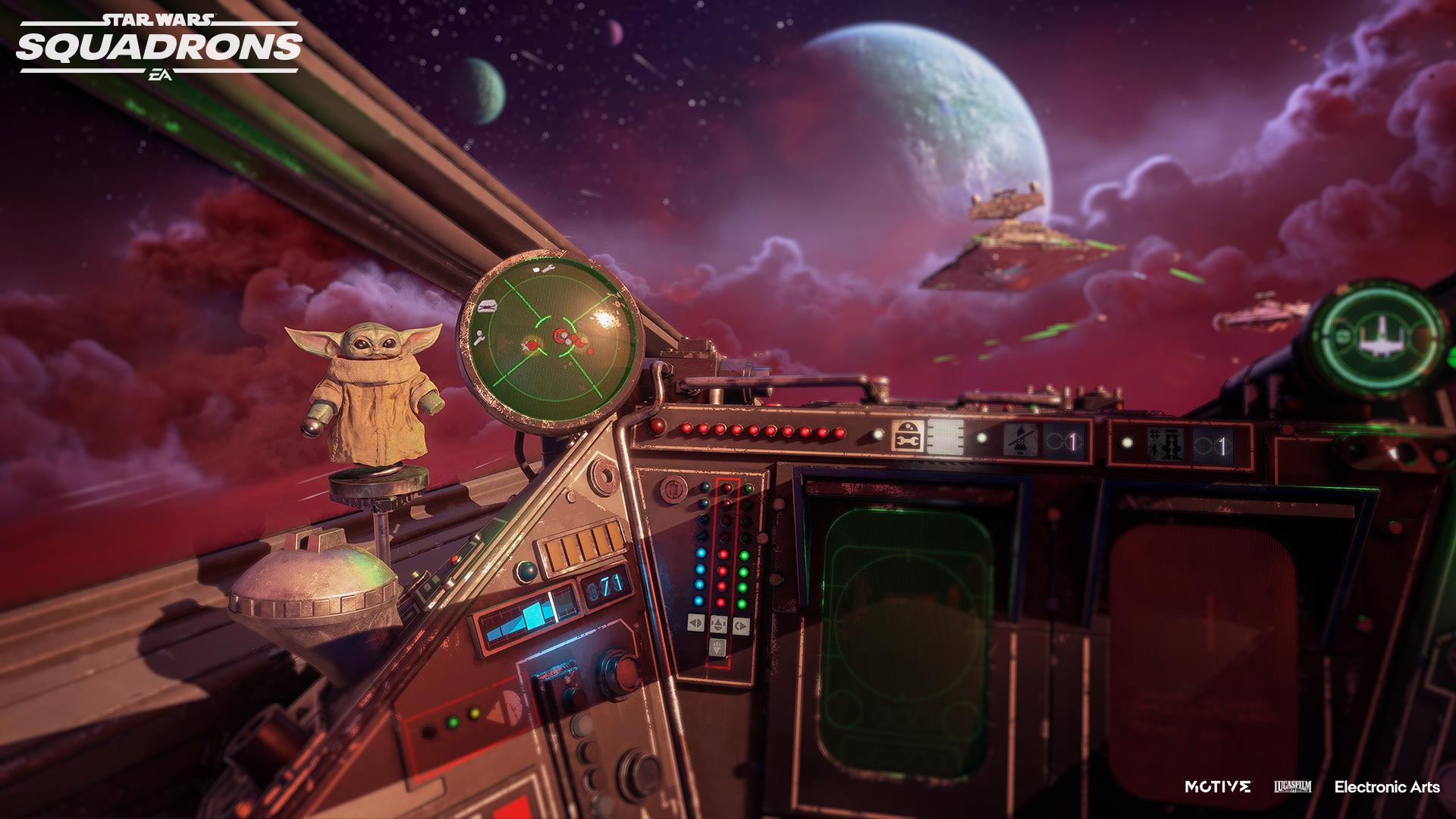