Survival games are tough enough when you’re playing as a dinosaur-taming bodybuilder or axe-wielding barbarian. In Grounded, you’re a tiny teen – shrunk to the size of an insect – with nought to protect yourself past what you can craft out of leaves and fibers.

What’s more, like most survival games, Grounded is on the esoteric side of unintelligible, with little to guide you towards the right materials and higher-tiered loot. To really get going in this miniaturized world, you’ll need a chopping tool, and that’s not as straightforward as it seems.

Here’s how to get an axe from woven fiber in the first place, and upgrade your equipment to a tier 2 axe so you can chop down better materials. 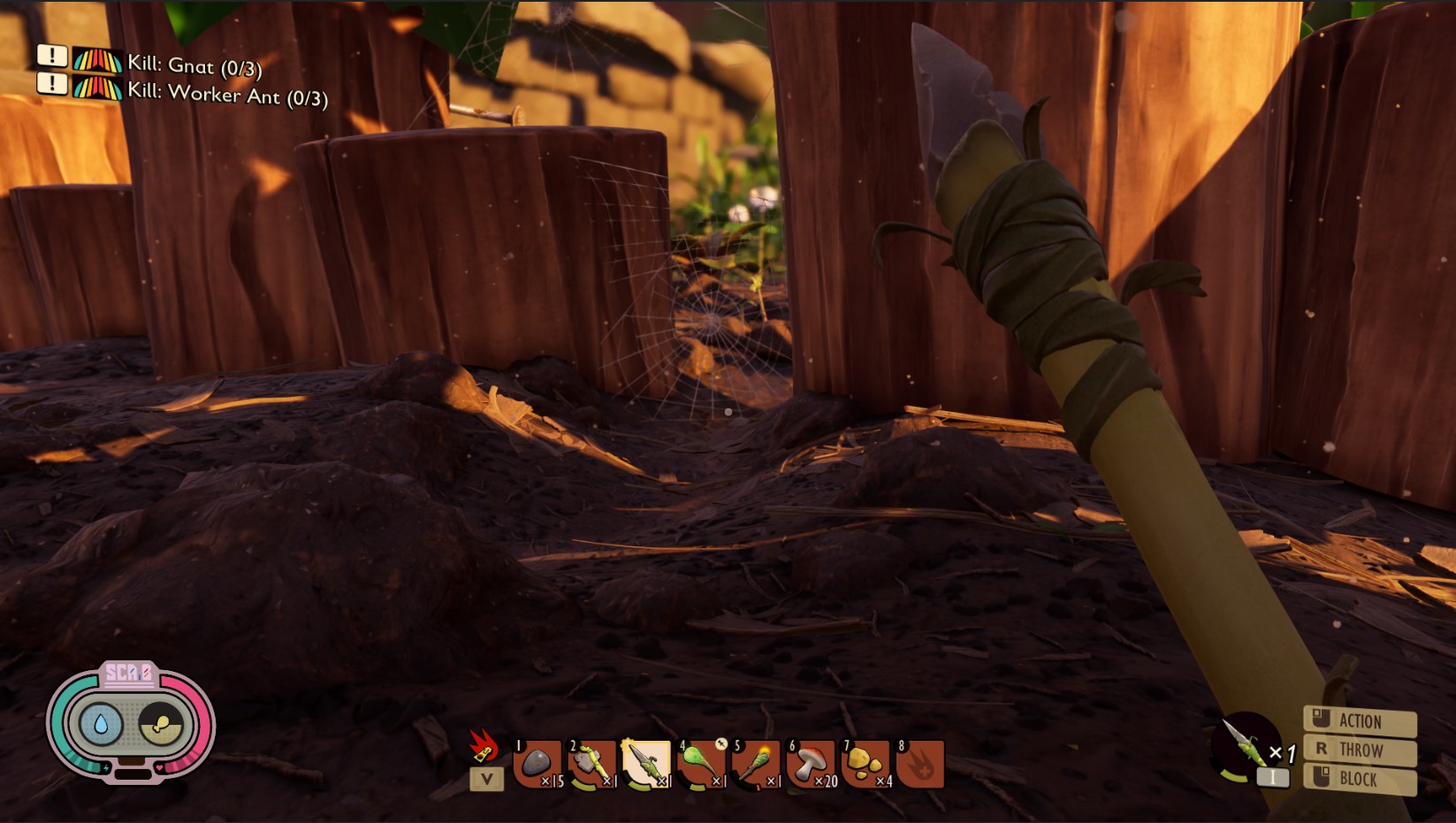 Grounded: How to get an axe from woven fiber

Once you’ve worked out where it is (press tab to open your menu on PC), Grounded’s crafting system is quite simple.

The main loop involves scavenging materials from the ground, taking them back to the Analyzer to learn new recipes, then finding more of or repurposing the materials you already have to make those recipes.

To begin the process of making an axe, analyze a Pebblet at the Analyzer to get the recipe for a Pebblet Axe. 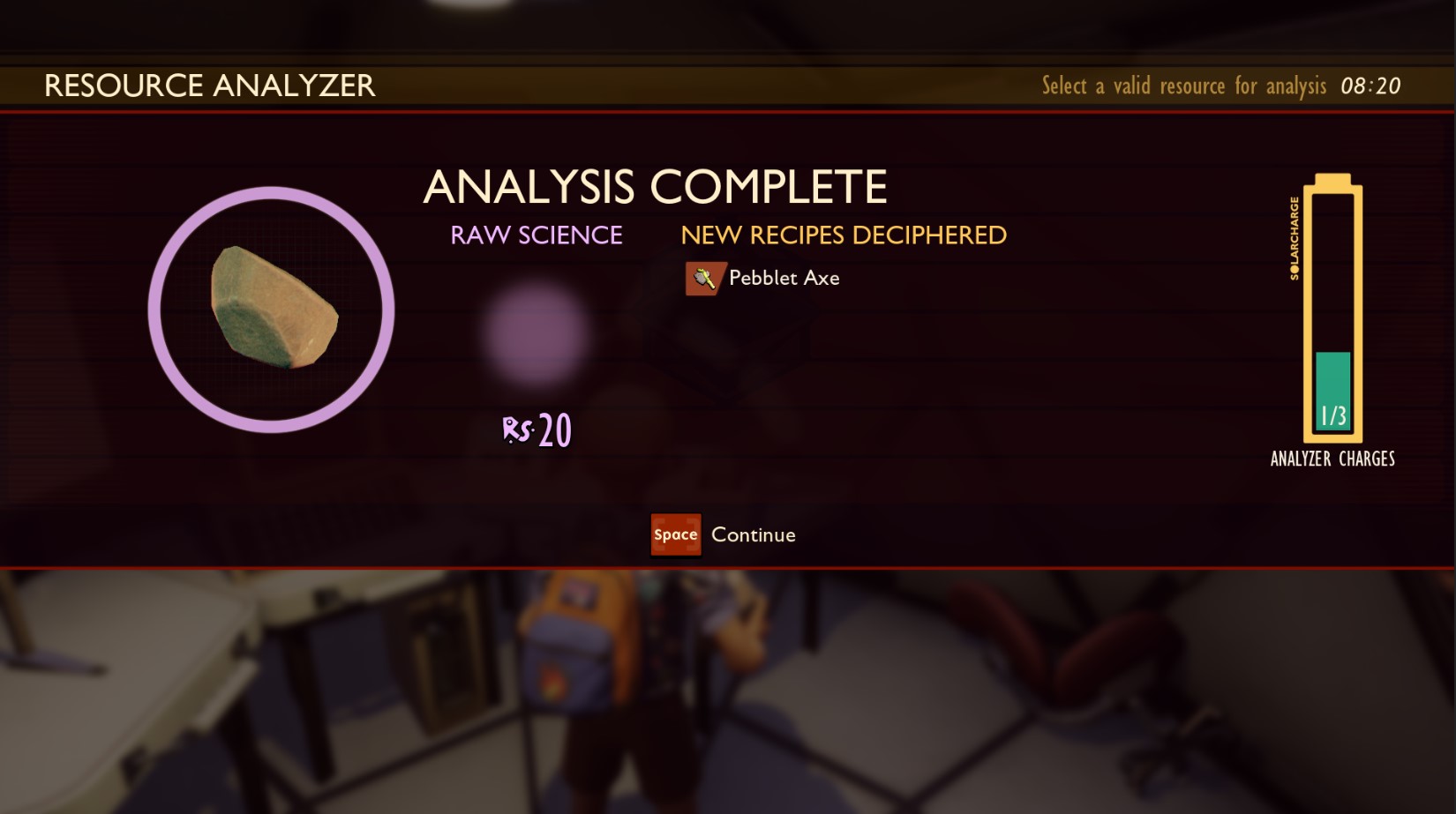 How to make woven fiber

To make woven fiber, you first need to yank Plant Fiber out of the ground. It’s a plentiful resource that you can find all over the floor. 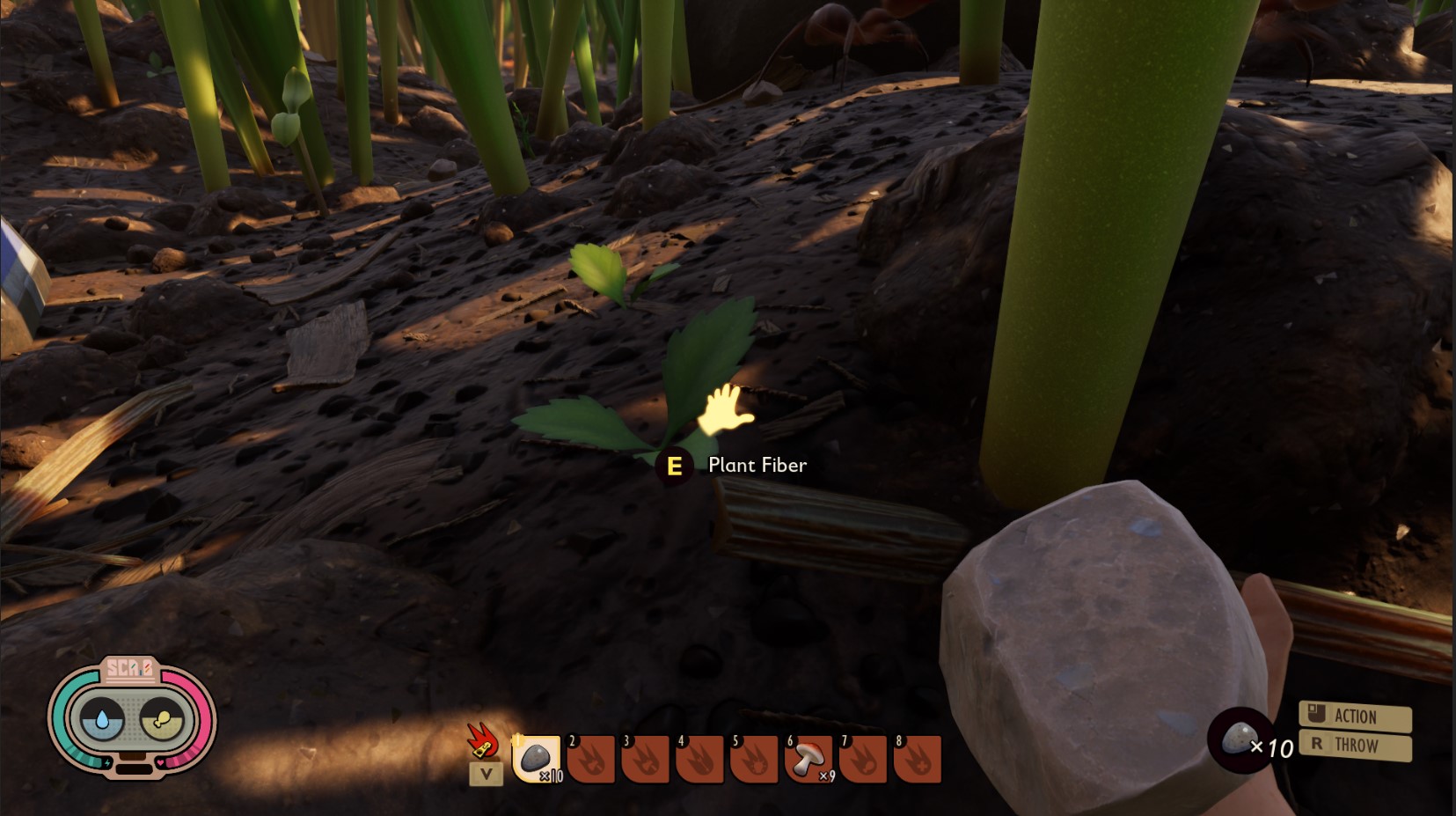 Once you’ve got some Plant Fiber, return to an Analyzer. The most convenient one is probably the first one you encounter near the mysterious machine at the beginning of the game.

There, use one of your Analyzer charges on the Plant Fiber to learn how to make Woven Fiber. 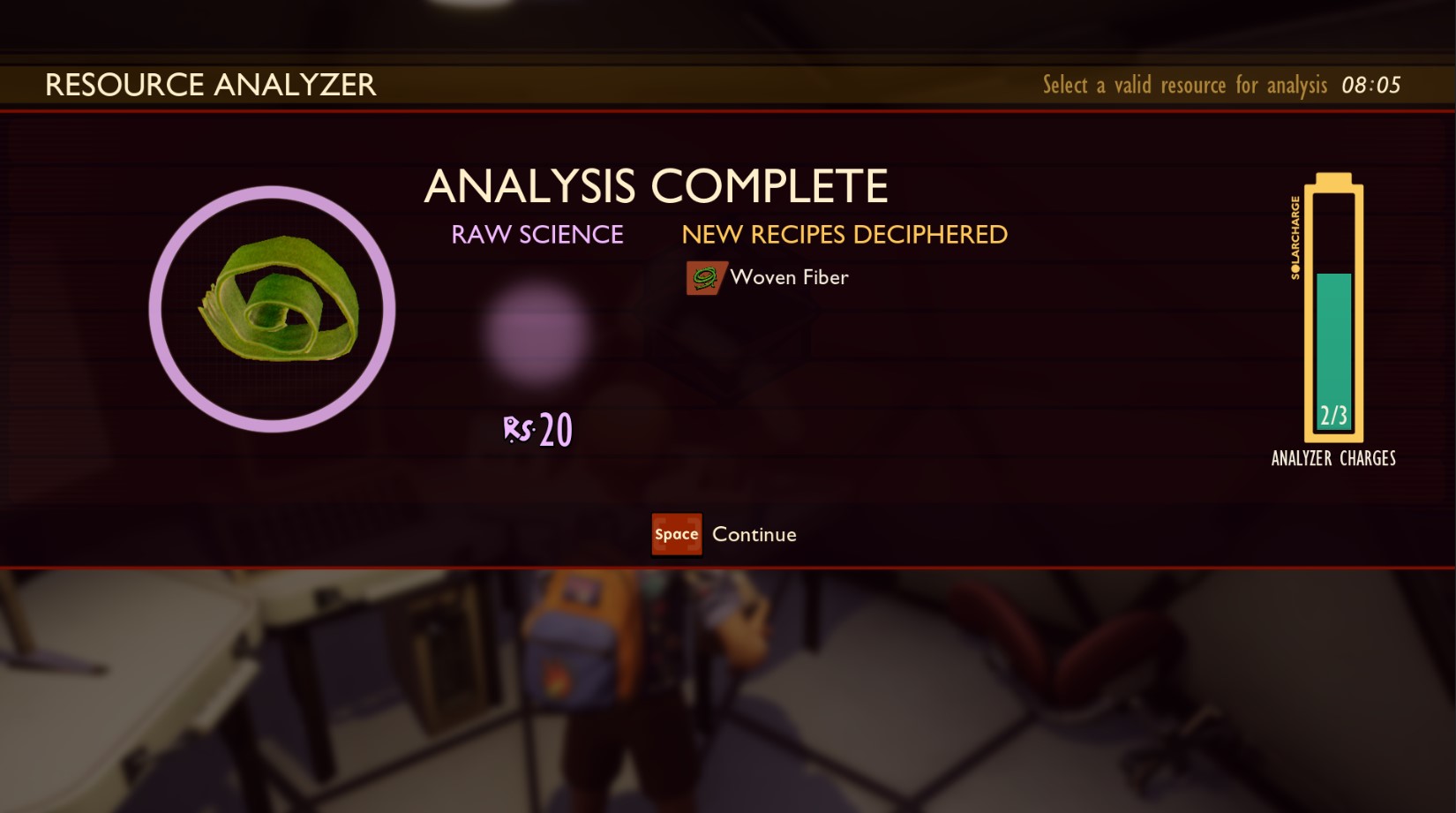 You will then be able to go into your crafting menu, navigate to the materials tab, and fashion 3 Plant Fiber into 1 Woven Fiber. 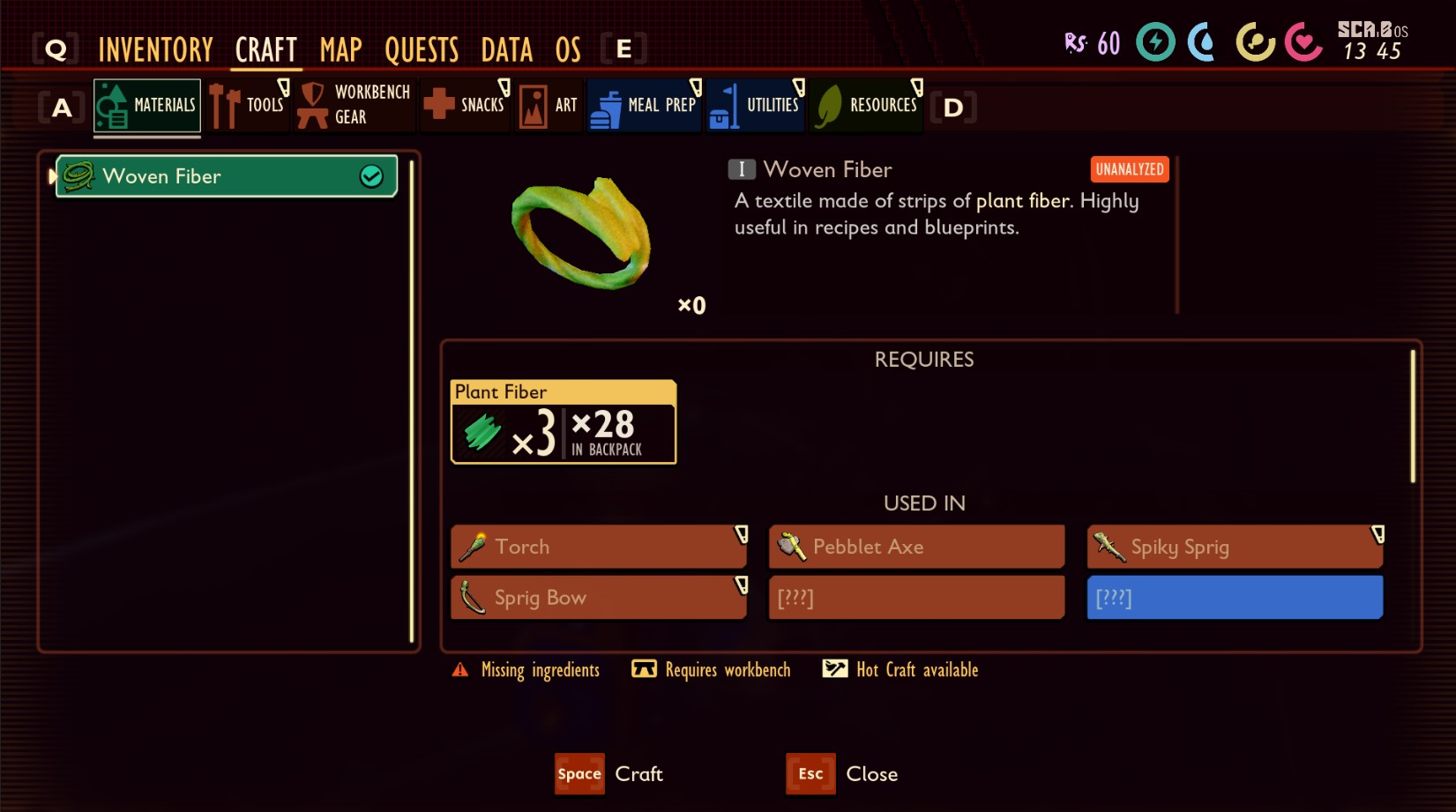 Woven Fiber is the basis of a great many recipes, so it’s worth stocking up.

From there, you’ll be able to craft a tier 1 axe from the following materials:

Pretty soon though, you’ll start to encounter resources which your regular axe can’t leave a scratch on. These require Tier 2 axes to harvest, which take a lot more effort to obtain.

You might think that you need to upgrade your basic axe at a workbench, but that would be too easy.

Higher tiered equipment in Grounded is crafted out of rarer resources, not upgrading.

The tier 2 axe is called an Insect Axe. To learn its recipe, you first need to collect and analyze a ladybug head. Then its constituent resources are as follows:

The easiest to get is probably the Ladybug Head. The large bugs in Grounded are very tough opponents, and at this point in the game they’ll kill you in one or two hits if you don’t block effectively.

This means your best bet is to use your superior intellect and lean on the cheesiest strategies possible to tip the fight as unfairly in your favour as possible.

You’ll find Ladybugs wandering around many areas close to the beginning of the game. They take a lot of hits to beat, but you can quite easily hide on top of a rock or behind a branch that the bug’s AI can’t work out. 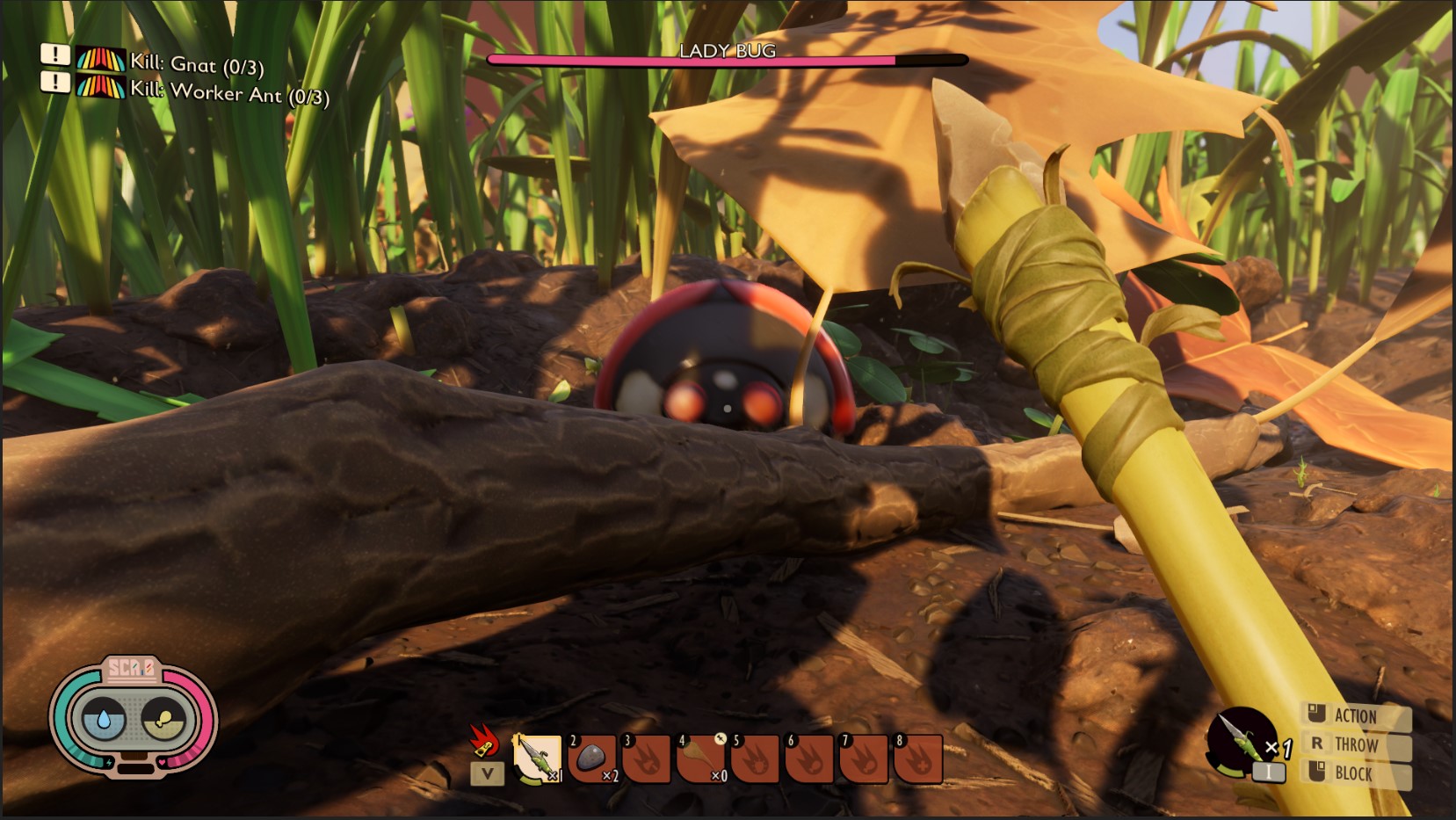 Position yourself in a safe spot and chip away from behind your perch.

Be advised: it looks like Ladybugs don’t always drop heads, so you might have to beat multiple.

Bombardier Beetles are rarer than Ladybugs, and pack an explosive acid attack which will melt you in seconds. Again, you want to kite them to a place where they can’t hit you, but you can hit them. 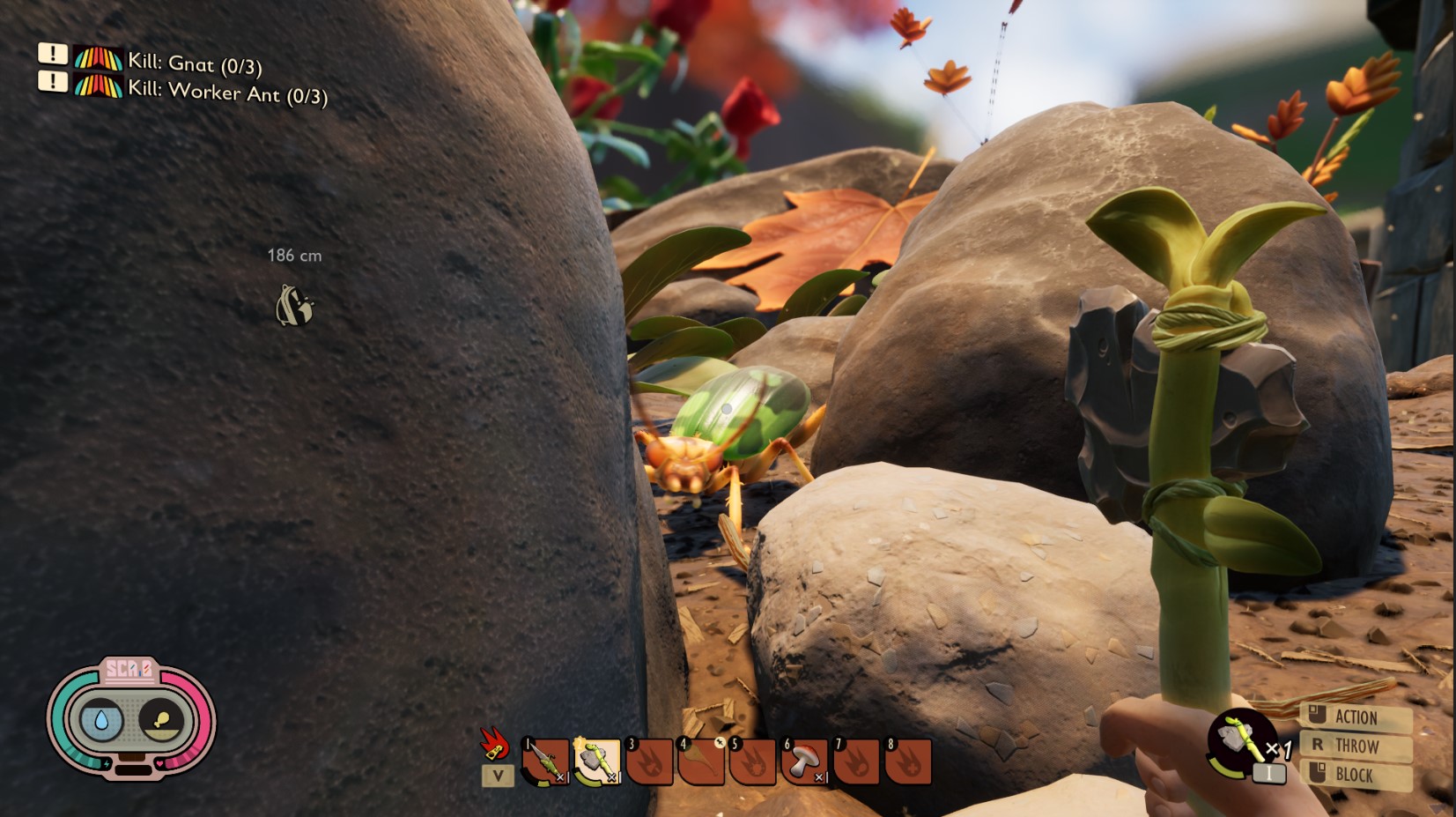 Try wedging them into a narrow pass that you can back easily away from, but they can’t get through. Or snipe at them from a high rock they can’t climb.

To track down a Bombardier Beetle, you’re looking for large beetles with a long, shielded abdomen. I found one at the pool to the east of the Mysterious Machine.

It can be found hanging between trees or walls in areas with a lot of spiders, so get ready to run as soon as you’ve stuffed your pockets full. 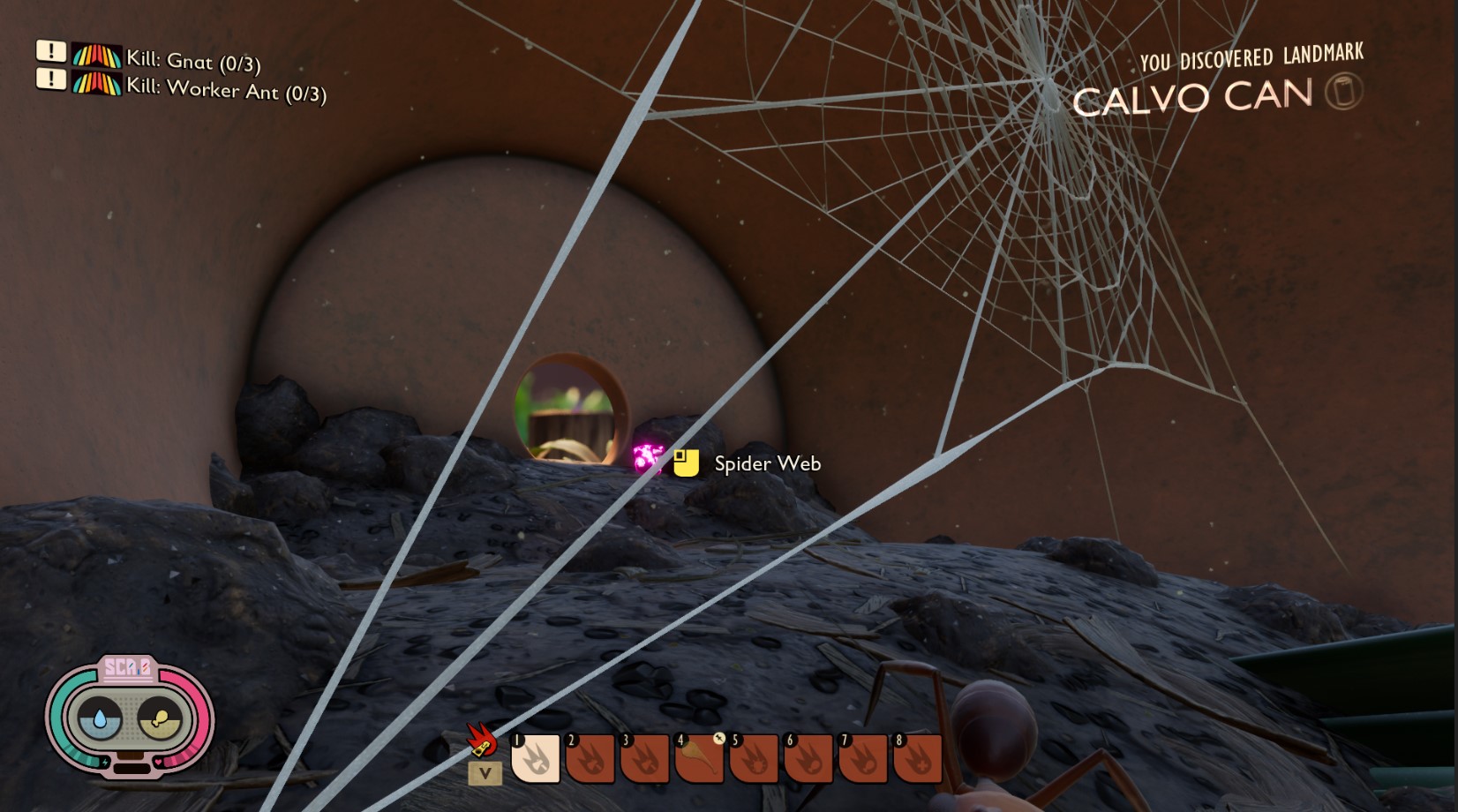 You’re not looking for the cones of spider web that orb weavers leave behind, you’ll know you’ve found the right stuff when it says “spiderweb” when you go up to it.

Punch the spider web with your fist and you’ll add Spider Silk to your inventory.

Grounded dropped for PC and Xbox One on July 28 as part of Xbox Game Preview and Steam Early Access.

It shot to being a Steam best-seller on its first day in the wild.