Few games make you leave behind your humanity like Carrion. In this “reverse horror” game, you don’t just have to act like the bad guy to continue your monstrous rampage, but think like them as well. One such situation is where you have to “deposit biomass” to proceed.

Like in a lot of metroidvania-style games, the guidance you get in Carrion ranges from mysterious to downright esoteric; there’s no shame in being completely stuck in some cases.

With no hand-holding to speak of, it can be tough to infer what all of the mechanics mean from context. While it can also be difficult to work out what you need to do to pass certain obstacles – like laser puzzles – or open particular points of interest like electrical boxes.

We’ve rounded up a few of the more commonly asked questions we’ve seen to do with Carrion, and answered them with as few story spoilers as possible, below. 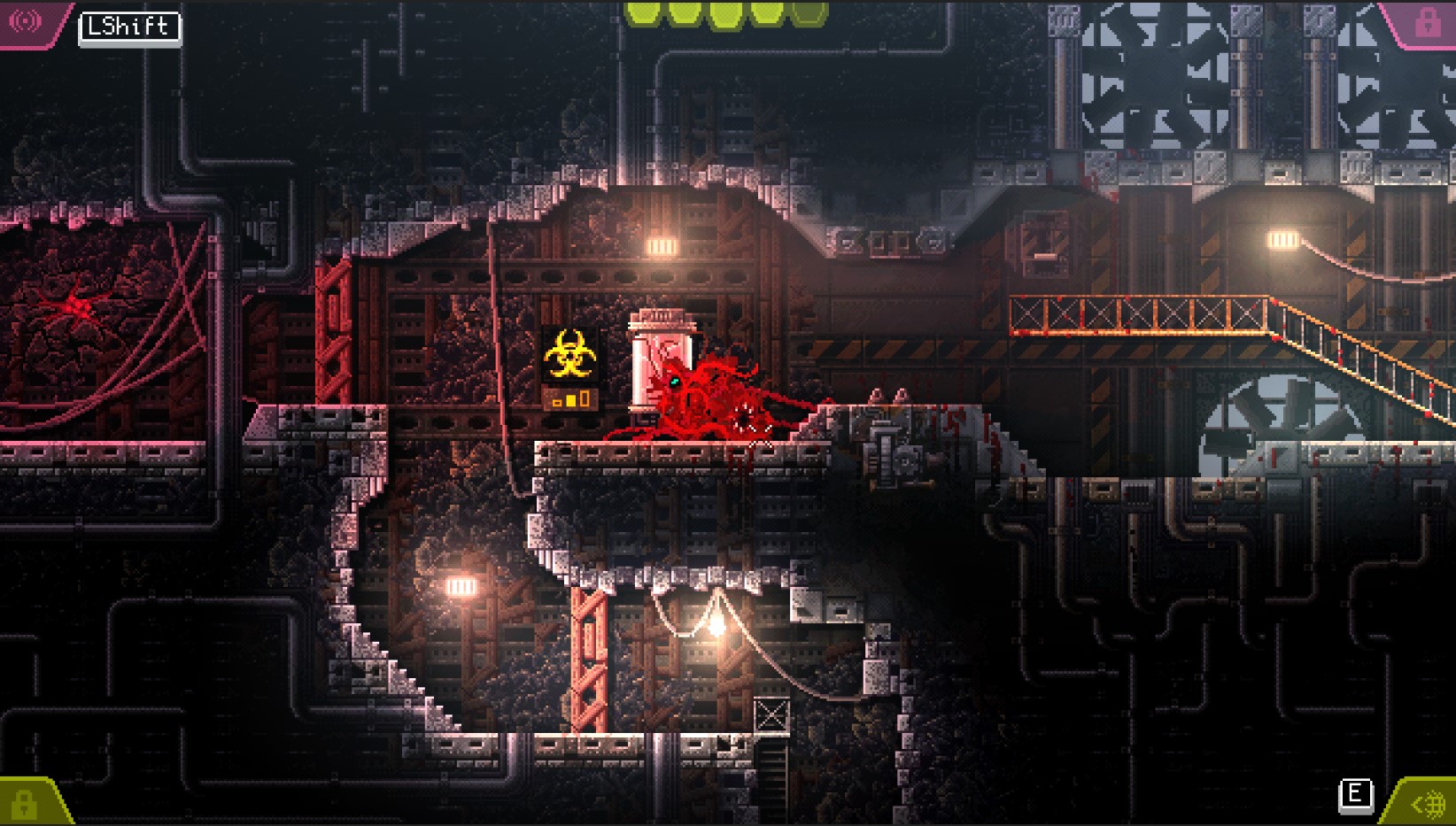 Carrion: Why do you deposit Biomass?

In Carrion, Biomass is collected by consuming unfortunate humans who aren’t too heavily armoured to be crunched down. It not only functions as your health, but governs the size of your monster and the abilities they have access to as well.

For example, the smallest monster has access to the web shot ability that can push over levers through cracks, while the larger monster can’t.

This means that to progress through the game, some puzzles require you to deposit some of your biomass to manipulate which abilities you have access to.

As you spend more time with Carrion, you’ll have to do this several times – with some later puzzles requiring you to switch between forms multiple times in one area. 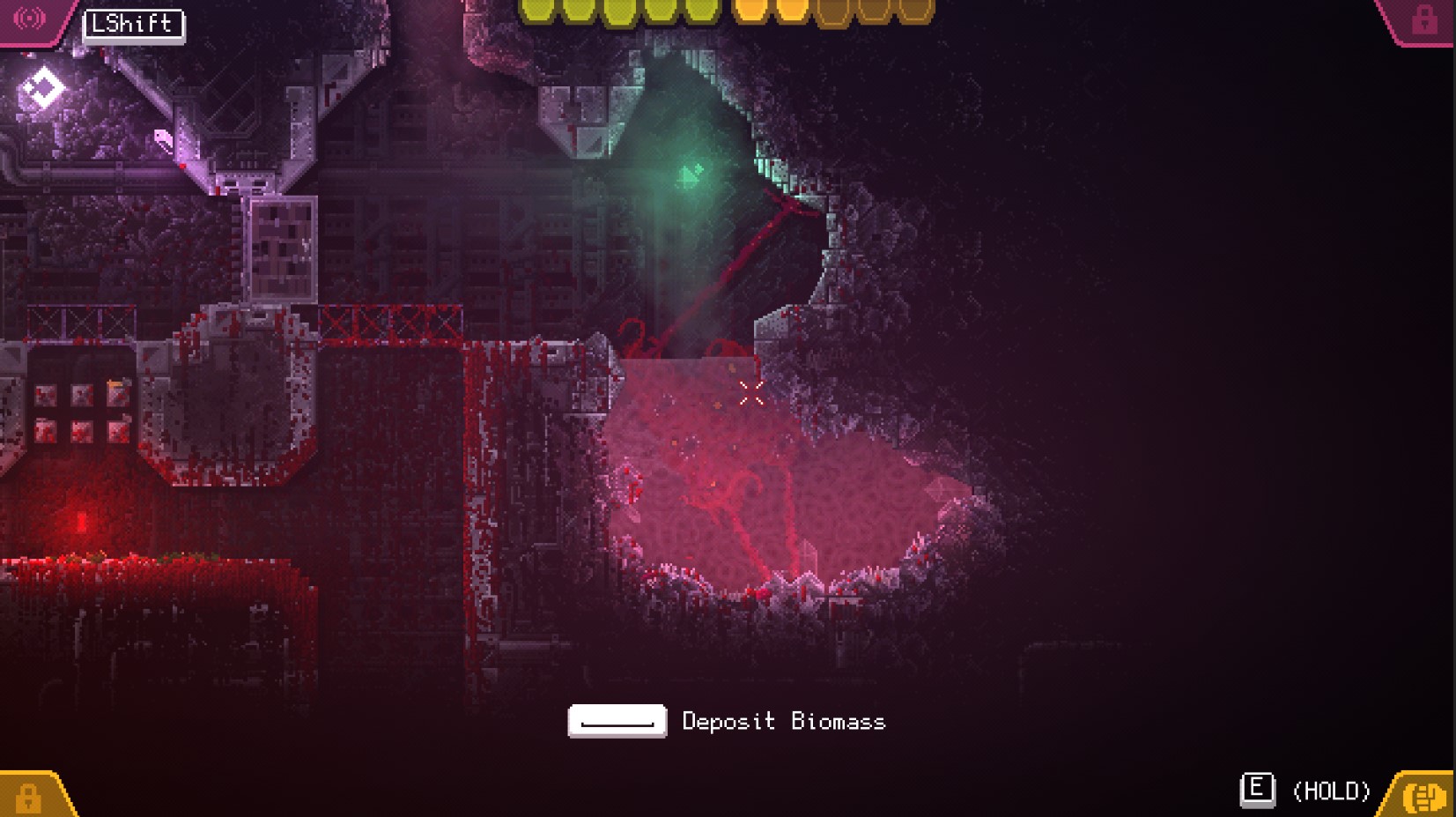 If you want to return to your larger form, simply go back to the cocoon you leave in the Biomass deposit pool and chow down.

Also, if you accidentally end up depositing all of your Biomass, you just need to eat out of the cocoon you’re in.

Carrion: How do you pass laser puzzles?

After a little while, Carrion will introduce offensive and defensive abilities for your monster. As we mentioned before, different sizes of monster have access to different skills, and you’ll need to swap to the smallest monster size to get past laser puzzles.

Once you’ve collected the Photokinesis ability from the tank in the Botanical Gardens, you’ll be able to use energy to cloak yourself from enemies. 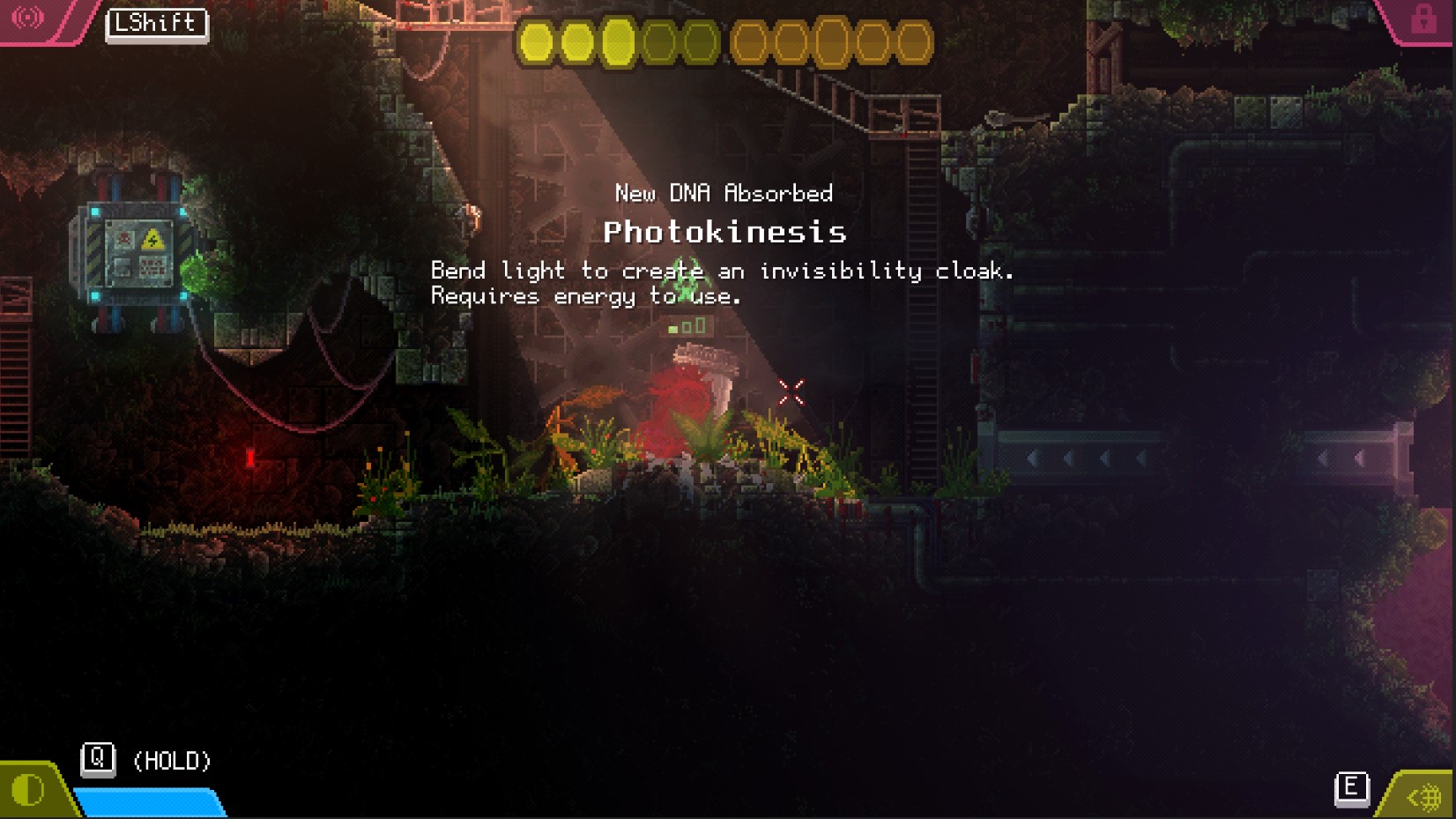 It’s not immediately obvious, but this also works on the single beam laser puzzles too. Cloak as you go through them and you won’t set off the trap, meaning you don’t set off the alarm or cause a door to close.

These are different to the red laser mine puzzles that appear later in the game. If it’s these you’re stuck on, you need to find the Keratosis ability in the Armoured Warfare Facility to get past.

Or if you’re stuck on the laser puzzle in Containment Unit 3 specifically, we have a full page on those linked here.

Carrion: What are the electrical boxes for and how do you open them? 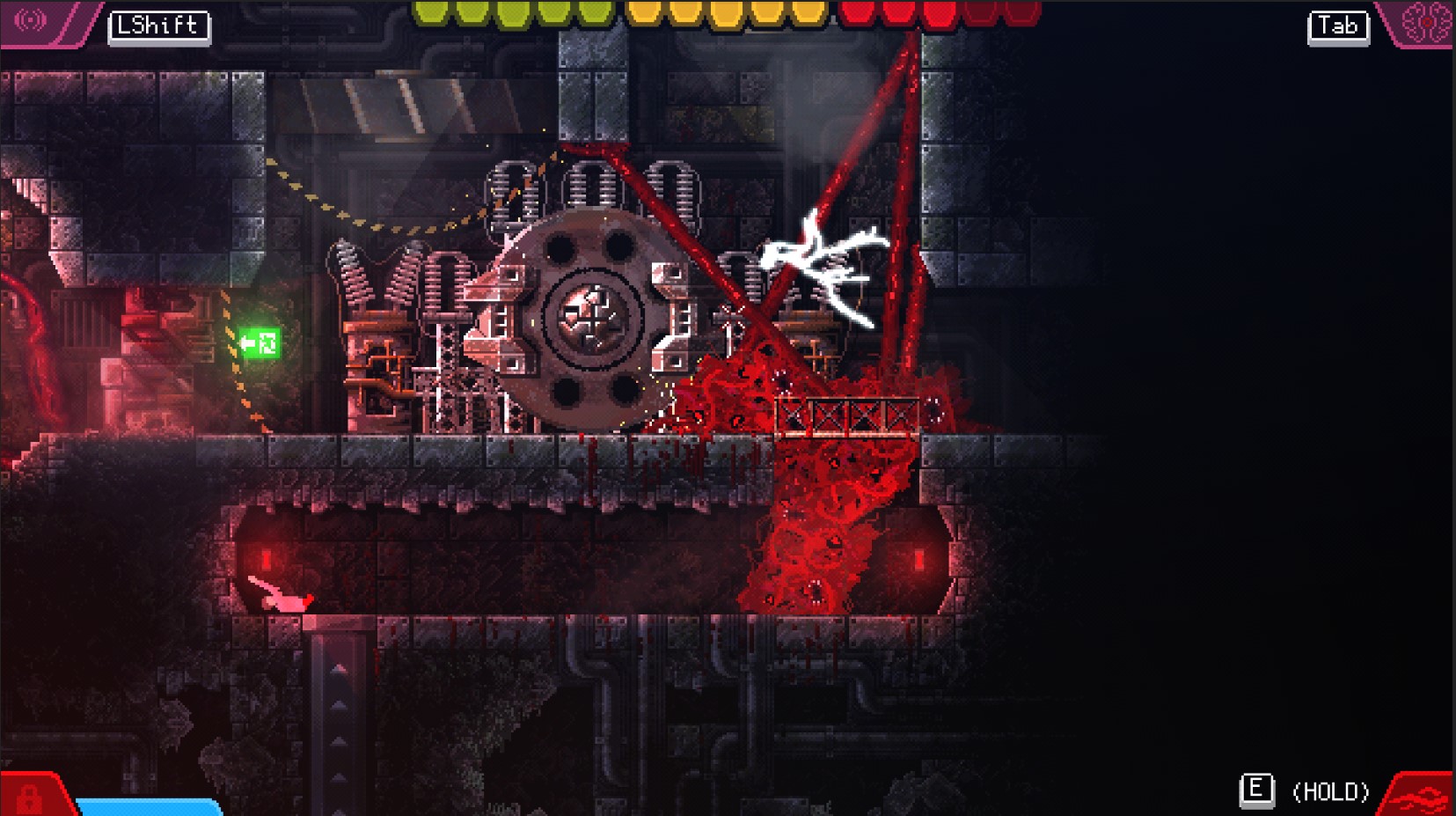 Unlike your offensive abilities, you defensive powers need electricity to function. This is where the electrical boxes come in.

When they first start appearing you can rip off their panel with your tentacle and interact with it again to suck up the juice.

After a while though, you’ll start finding extra-tough panels that require the Harpagorrhea ability from the Nuclear Power Plant to prise open.

You can re-use electrical boxes after a short period of time, so make a note of where they appear if you need to return.