Crossfire X looks slick and sparkly, but I haven’t seen anything that leans into what makes Remedy one of the unique triple-A video game developers.

The action begins with a petty thief being transported in a prison bus, a guard giving him grief about how his mother was a good woman. We know he’s a mean guard because he’s unshaven and has a moustache and does some swearing. Our hero, meanwhile, is just a bit surly.

The bus explodes and our lad is flung around a bit, waking up in a hospital. After a little sneaking and a tussle, he’s saved by a military dude from Black List (just in case you’re not sure this is a classified outfit, it’s literally called Black List). Then our anti-hero makes his way through the building shooting at the other enemy faction, Global Risk, who want him dead for mysterious reasons. Presumably the same mysterious reasons Black List want him on their team. Ooooh.

The shooting itself looks neat enough, with plenty of the fizz and pop you’d expect from Remedy’s in-house Northlight Engine. We’re told we’re watching gameplay running on Xbox Series X in 60 frames per second, but I can’t get too excited because unfortunately we’re viewing it through a Discord channel. That’s no one’s fault but 2020’s hellish coronavirus landscape – this is the hand we’ve been dealt. If you’ve seen Control running in all its glory you’ll have the same amount of faith that I do in Remedy’s visual chops because that game looked a real smasher, as my dad would say in the 1960s.

The only part of this demo that feels vaguely Remedy is the use of bullet time, or a “combat breaker” where the player taps RB and the action slows down as the effects and violence ramps up. It’s satisfying and it works, although it’s hardly anything distinctive in the world of video games.

After a satisfying few minutes of intense shooting, our hero is introduced to a sassy Brit and the two proceed through an on-rails shooting section in the back of an ambulance before plummeting off a cliff edge. The action is expected then, maybe generic, but it works effectively.

It’s a very chatty game, with the player and his new (soon to be team) mates throwing banter around like they’re reading the cliche dictionary. “Hey asshole” and “I gotta get outta here” get the job done, I suppose – it’s Remedy’s efforts to create a sense of camaraderie around a small team of operatives under pressure. It works in the short session we saw, but hopefully Remedy gets some bigger opportunities to flex its writing talents throughout the game. 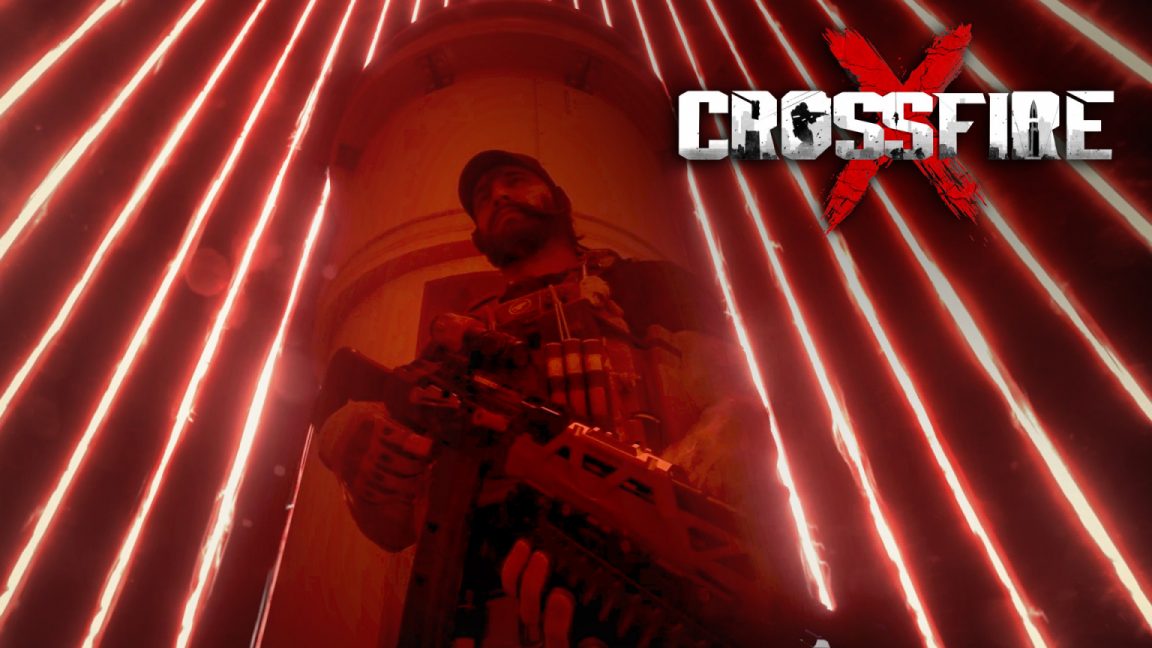 The world of Crossfire X is meant to be larger than life, with the player trotting across conflict zones around the world, so there’s potential there to embrace the Hollywood blockbuster with a big bear hug. We’re told that you’ll play through the different episodes of Crossfire X as both factions and they seem to operate in grey areas of right and wrong, so it would be nice to ham it up as a villain later in the game.

But I’m projecting here, because Remedy is one of the few interesting and distinctive developers out there and it feels like it’s towing the line. It’s known for its warped and freaked-out single-player adventures, games that apply the uncanny with gusto to traditional adventure games, and then invite the player to melt into them. Control made 1970’s telephones spooky, it made Brutalist architecture an imposing character, it played visual and aural tricks on the player to create a sense of mischief.

Maybe I’m asking too much of a shooter, but this could be Remedy’s chance to subvert the same military blockbuster we’ve been playing for the past ten years. Or maybe it’s just going mercenary, getting the job done and taking the pay packet.