Rockstar is offering GTA Online players a good reward for tracking down and finding the serial killer.

The recent Casino Heist update for GTA Online added one non-traditional mission that many may not even know about.

There’s a serial killer on the loose in Blaine County, and he’s been leaving behind some clues. Rockstar has now revealed the reward for catching the murderer. Your reward for apprehending them is their own weapon, the Navy Revolver. 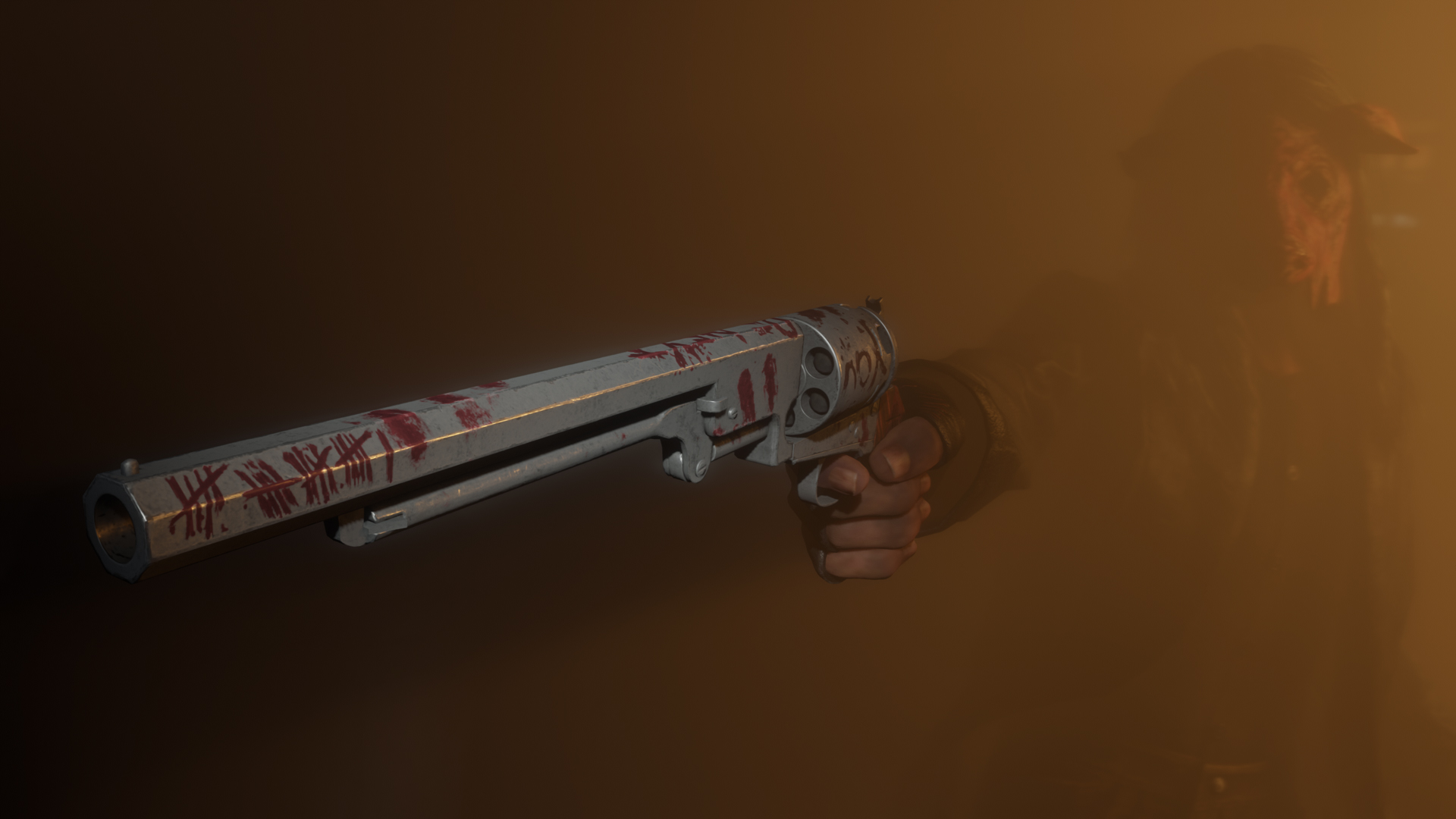 Not only will you be able to use the Navy Revolver in GTA Online, you can also bring it back in time to Red Dead Online.

In GTA Online, solving the mystery will also trigger the the Navy Revolver Challenge, which awards you with GTA$250,000 for getting 50 kills with the same weapon. Completing the challenge will spawn the weapon in Red Dead Online.

There’s also another layer to this quest. The Navy Revolver won’t just transfer over to Red Dead Online, you’ll have to find it in that game as well. Rockstar says you should search for clues in New Hanover, West Elizabeth and Lemoyne.