Valve has outlined some of the behind-the-scenes changes it’s made to Steam’s Summer Sale 2019 metagame.

This year’s theme is a grand prix race featuring five different teams players can associate with. For one, the game is unnecessarily convoluted, and many have complained that they don’t quite understand how everything works.

Valve recognises this, and in a new blog post, the developer revealed some of the tweaks it made to game rules. First, the game manual should now be better to understand, and the Driver’s Dash should be more readable.

There’s now also a new drop you have a chance of receiving when boosting called Steal Boosts. It works as you might imagine; letting players steal boosts from other teams and use it for their own. On the backed, Valve tweaked game code to prevent the snowball effect that caused Corgi to dominate the first two days of the sale.

The developer also made some changes to adjust team sizes for balance. 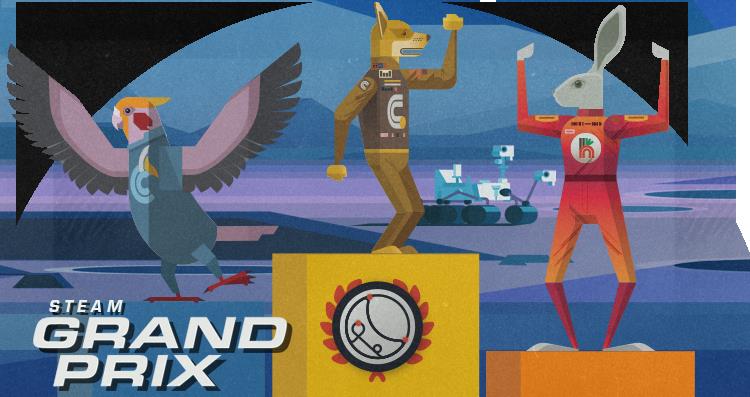 The ultimate goal of the game (after joining a team) is to help get your team to first place every day. At the end of each day, Valve randomly awards team members the top game on their Steam wishlists. This is why people are interested, for obvious reason, but it created its own problems.

In the first two days of the sale, players began removing games from their wishlists en masse, keeping only one. Because the rules weren’t clear, players assumed that Valve would be picking one game from their wishlists at random, so they reduced their lists to only include the game they want more than any other.

Valve clarified in the blog post that only the top item on the wishlist (number one) will be awarded. You can easily switch the order of your wishlisted items on the page, so just move your most anticipated game to the top and you’re done.