Cultist Simulator’s Anthology Edition is now out in the wild, with all new cards and experimentation to indulge in.

The Anthology Edition comes with the base game and all the Cultist Simulator DLC so far, meaning that there are more choices – and mistakes – to make.

It’s not always clear what you’re supposed to be doing in Cultist Simulator as there’s no tutorial to speak of, so we’ve created this beginner’s guide to get you up to speed with the Occult. 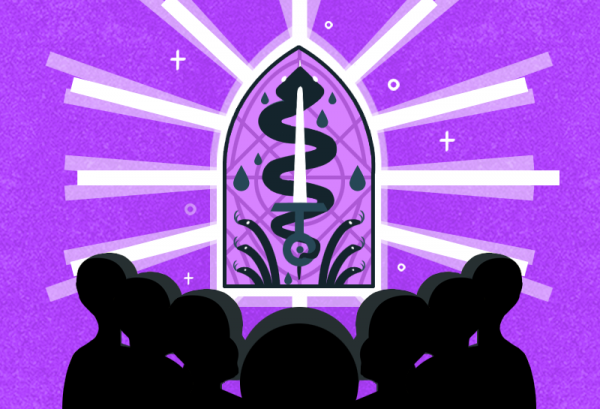 Cultist Simulator uses cards to help you make decisions. Each combination of cards is done with a clear goal in mind and you want to pick the cards that seem most likely to achieve your desired outcome.

You combine cards by using a variety of verb tokens, such as Work, Dream or Explore. Click on a card to learn more about it and to see it’s aspects, which will indicate if it’s an ingredient or if an acquaintance is mortal or not.

You’ll need income to survive, so you’ll need to work a job or head out on Expeditions if you have the resources.

There are nine possible Cults to choose from, and you’ll need to speak with followers, go on Expeditions, conduct Rites and Summonings and Dream your way through the Mansus House to unlock hidden knowledge.

There’s a tonne of lore in Cultist Simulator for each Cult, each with their own special items, tomes and histories.

How to set up a Cult

To order your new Followers around, use the Talk verb with them and select a Cult card. Reading books will unlock more lore about your Cult, as will Dreaming and visiting the Hours – otherworldly gods – at the Mansus.

Now that you know how to get started, let’s take a look at the different Cults you can choose from. 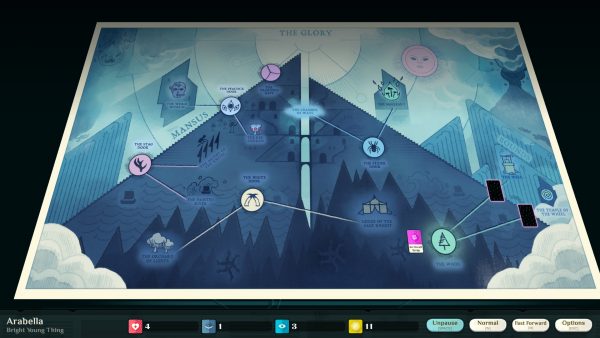 There are nine Cults to choose from, each dedicated to a specific guiding principle. Each one has specific Lore attached to it, which will help you choose which Doctrine you wish to follow.

Once you’ve chosen which Cult you wish to rule, you’ll then add Reason, Passion or Health as appropriate. If you wish to become a Priest, for example, you’ll need a lot of Health and a great deal of Reason or Passion to be a successful leader.

You can upgrade your Lore fragments, as well as downgrade or subvert them, using the Study verb for various results. Each piece of Lore will have a few challenge aspects that will hint at what you should do with them, so you’re not completely in the dark about things. 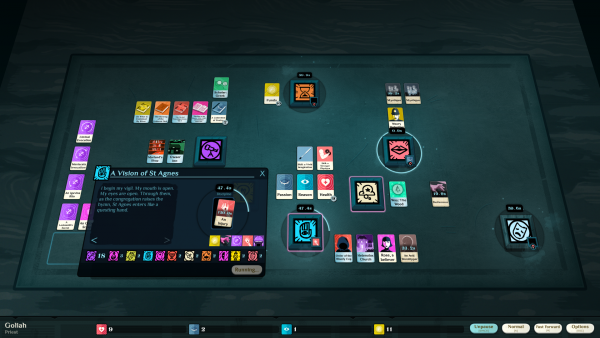 During your time as a Cultist leader, you’ll encounter various events and situations. As I mentioned previously, you can send Followers of Expeditions to find Lore, but there might be a few obstacles to overcome along the way.

Threats from detectives, bosses and even your own health can play a part in your demise, though you will be offered a choice of Legacies to restart as, depending on how you died.

You’ll also be able to partake in Rites and Summoning of creatures, which begins with a Knock. If you wanted to summon the Percussigant, for example, you would use the Work and Rite of the Map’s Edge, then two Knock, two Edge and six Heart.

Congratulations! You just summoned a demon. Enjoy whatever carnage that brings.

Outside of that, there’s the option to romance a follower, should the Occult not be enough for you. This goes hand in hand with Rebellion, so be mindful of your choices. You can choose to confront the rebel scum in your midst or cast the net out to attract new victims, I mean, followers. 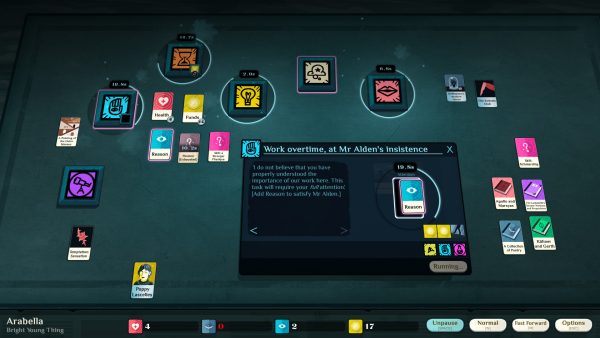 Whether you achieved a victory or died an untimely death, what you worked as in a previous life will influence what Legacy you can choose for your next playthrough. Take the Clerical Work job, for example, will help you land a role at Glover and Glover, which means you’ll be able to regenerate as a Dancer, as per the new DLC.

Other new roles include the Priest and the Ghoul, where the main aim is to turn yourself into a Ghoul if you chose to allow Dread to consume you.

To become a Priest, you’ll also need the An Appointment to a Quiet Parish card, have funds and follow the steps above to get high Health. You want to inspire your followers to dedicate themselves to you, not be a sickly, weak leader with no charisma.

If you like a challenge that’s as disgusting as it is bizarre, then you should aim for the Ghoul Legacy.

The Ghoul Legacy is by far the most challenging of all to pull off. You’ll need to acquire the Medium Legacy and employment. You’ll also need to require Temptation and study the Elixir Zeboim Notes and essentially become a cannibal. Kill a Hunter or use a disciple level winter cultist to fetch you a fresh body to chow down on.

Study the Elixier, throw in some passion and enjoy your meal. You’ll now have Dedication: Remembrance and the full formula, so keep eating bodies and working as a Medium. There are nine Remnants – think bodies – you need to eat to gather unique memories to become a Ghoul.

You can find Remnants:

It’s worth noting that once you summon King Crucible and eat what’s left of him, you won’t be able to summon him again.

These Remnants will appear in the Palest Painting, which you should definitely give Reason and Passion to, then sacrifice some health so you don’t die after eating literally over a dozen bodies.

If you think we’ve missed anything, leave a note in the comments. Enjoy the Occult and don’t eat too many people at once.