Bethesda has provided additional information on the new dungeon coming to Fallout 76 and an update on the in-game camera.

Next week, a new dungeon called The Burrows will go live in Fallout 76 on April 16. Located in a tunnel system beneath Harper’s Ferry, you will follow in the footsteps of the Brotherhood of Steel.

This new, subterranean dungeon apparently offers a “challenging experience” as you work to complete the new Waste Management quest.

The tunnels are basically a storm drain system which was built beneath the city. After the Great War, the tunnels became a safe shelter from the elements and ne’er do wells.

At some point, the Brotherhood of Steel detected odd electronic signatures coming from the now vacant drain system. The group sent forces down into The Burrows to investigate, but none returned.

Starting the Waste Management quest involves gaining access to The Burrows via two manhole covers. One is near the Armory in Harper’s Ferry, and the other near Highway 65. Once you enter the underground, look for a dead Brotherhood of Steel scribe whose body contains information on the sewers.

The Burrows quest can only be completed once, and is balanced for 2+ level 50+ Vault Dwellers. Completing the quest will reward you with some nice loot and experience. You can always go back and repeat the dungeon, as many times as you want, for even more loot and XP. 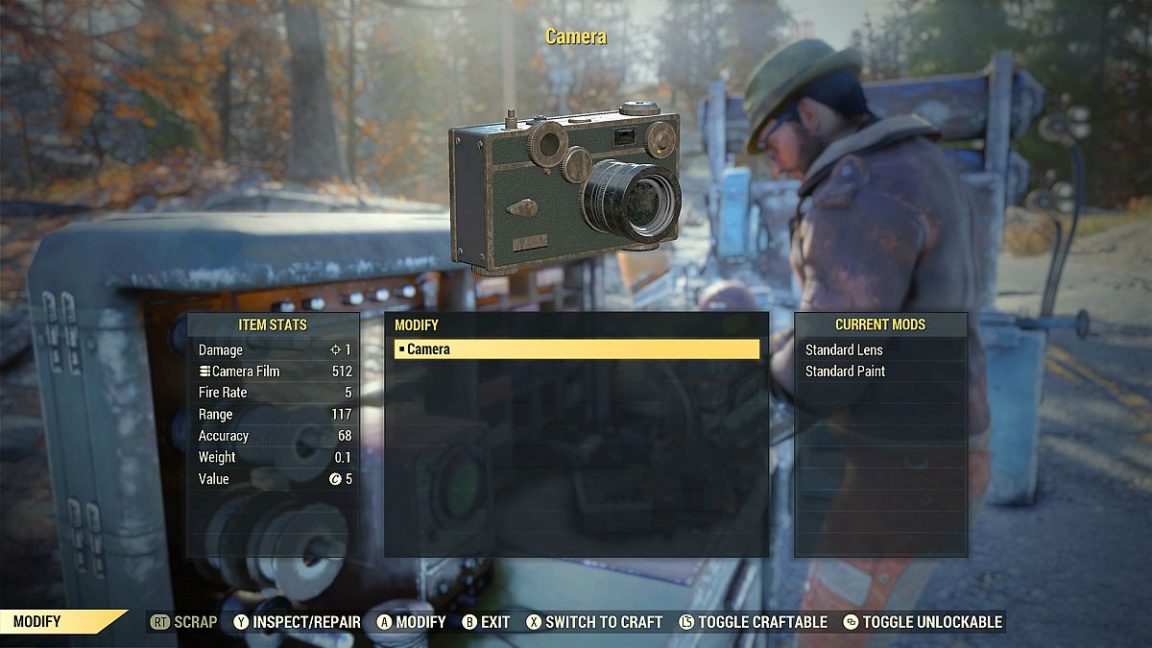 While Bethesda had planned to release the in-game camera alongside The Burrows, the development teams needs more time with it. Instead, the camera will be patched into the game later this month.

After the camera is patched into Fallout 76, you’ll need to search the Appalachian region for it. You will find it on the body of a tourist who perished just after the Great War.

Once in your possession, complete the dead tourist’s “Bucket List” of scenic photos by picking up where they left off. When aiming the camera, it will display the names of nearby locations and creatures it recognizes.

In addition to this quest, a new set of challenges focuses on taking scenic snapshots will be added. Once equipped, the camera can also be added as a favorite just like a weapons. Pictures taken will be added to your Photomode gallery.

You will also be able to build a camera of your own using a Tinker’s Workbench. Here is where you will also craft film, and apply mods like lenses. At launch lens that offers better magnification will be available and the team is looking into additional lense options.

It’s worth noting the camera won’t feature the same level of customization options as Photomode. In other words, don’t expect filters, frames or poses. It’s just something to have fun with or use as a way to view distant targets.

Patch 8 for Fallout 76 was released earlier this week and the latest quest has you searching for Sheepsquatch. Don’t become its dinner.

If you’re just getting jumping in, here’s 21 things you should know before playing Fallout 76.