Squad Stream, one of a few features announced at Twitchcon last year, is becoming a reality.

Today, Twitch announced that the service allowing up to four streamers to livestream the same game together, has launched.

Viewers get a feed of all four perspectives in a single window, showing the in-game action as well as streamer reactions without having to open four Twitch windows or tabs. You’ll also be able to switch between the four streams at will. 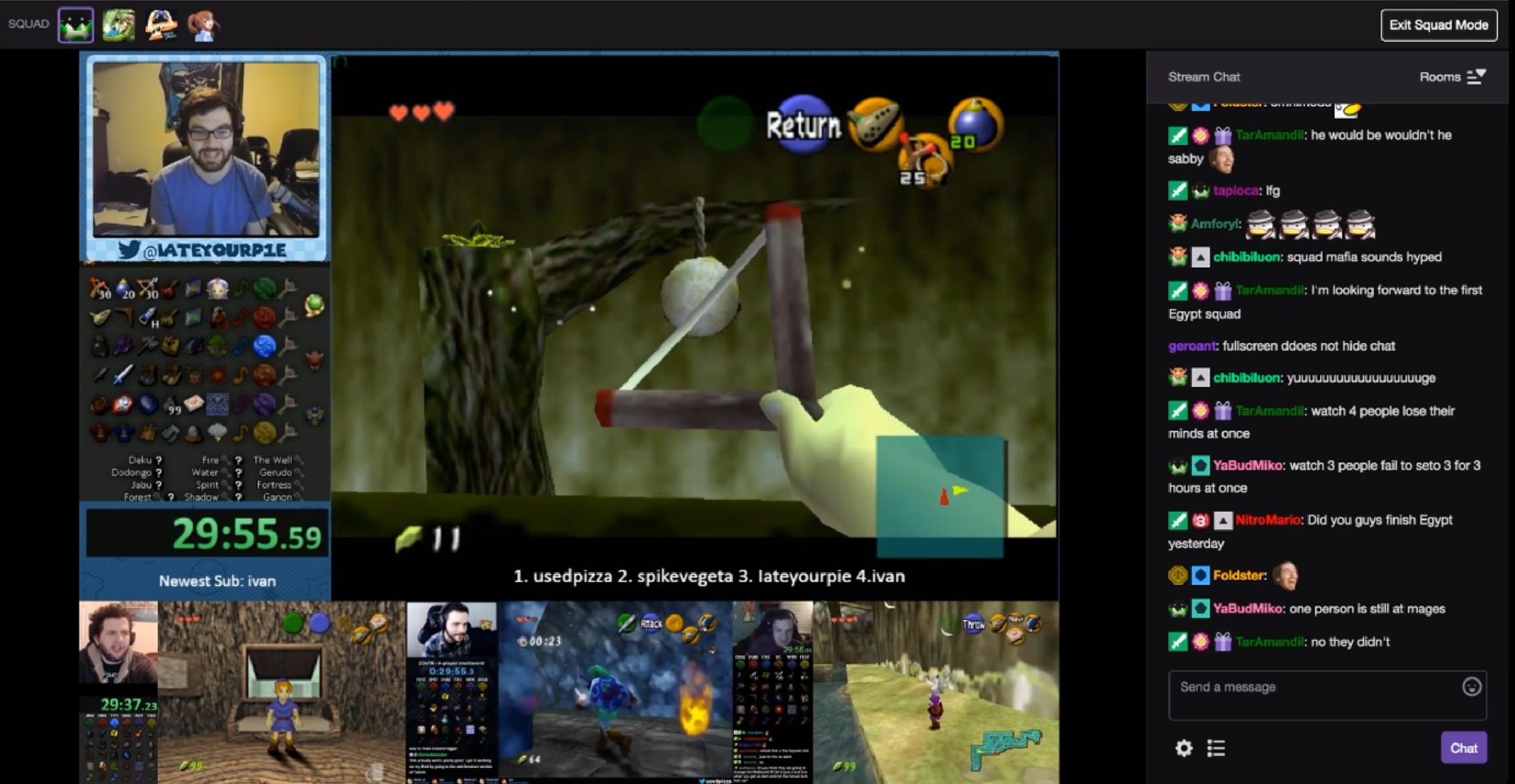 Squad Stream can be set up from the streamer dashboard, but the service will be available to Twitch Partners to start. The feature is optional, and even if a streamer is part of a Squad Stream, their viewers can simply choose to watch their perspective alone like they could today.

For viewers looking specifically for Squad Streams, Twitch created a dedicated tag that only lists those streams. To celebrate the launch, plenty of top streamers will be hosting Squad Streams starting today, and you can see the schedule at the link.

Squad Stream will probably come in handy when watching any type of co-op game, and likely even more useful for tabletop game streamers or live podcast recordings.