Mr. X is frightening enough in Resident Evil 2 Remake, but he’s even scarier lumbering after you while wearing a banana hammock.

Beachboy X is a Resident Evil 2 Remake mod which replaces the trench coat and fedora worn by Mr. X with swimwear, flip-flops and sunglasses.

The speedo-style swimsuit, which is a thong by the way, also sports the Umbrella Corp. logo in a rather “strategic” spot on our man. Makes for a nice bulls-eye, honestly. See for yourself in this video from DJPop.

For those who like shooting the man’s hat off, the sunglasses replace it, which means you can shoot those off too. And stare into his dead eyes.

His boots, as the mod description states, have been replaced with flip-flops, which in reality, would make it rather hard for the T-00 to chase after folks. You can trip easily in those things – as least we do.

Then again, our Mom used to give us money when we got home if we didn’t fall down in public, so maybe we’re just naturally clumsy.

If you own Resident Evil 2 Remake on PC and want to give misterhecks‘ Beachboy X mod a try, it’s available on Nexus Mods. 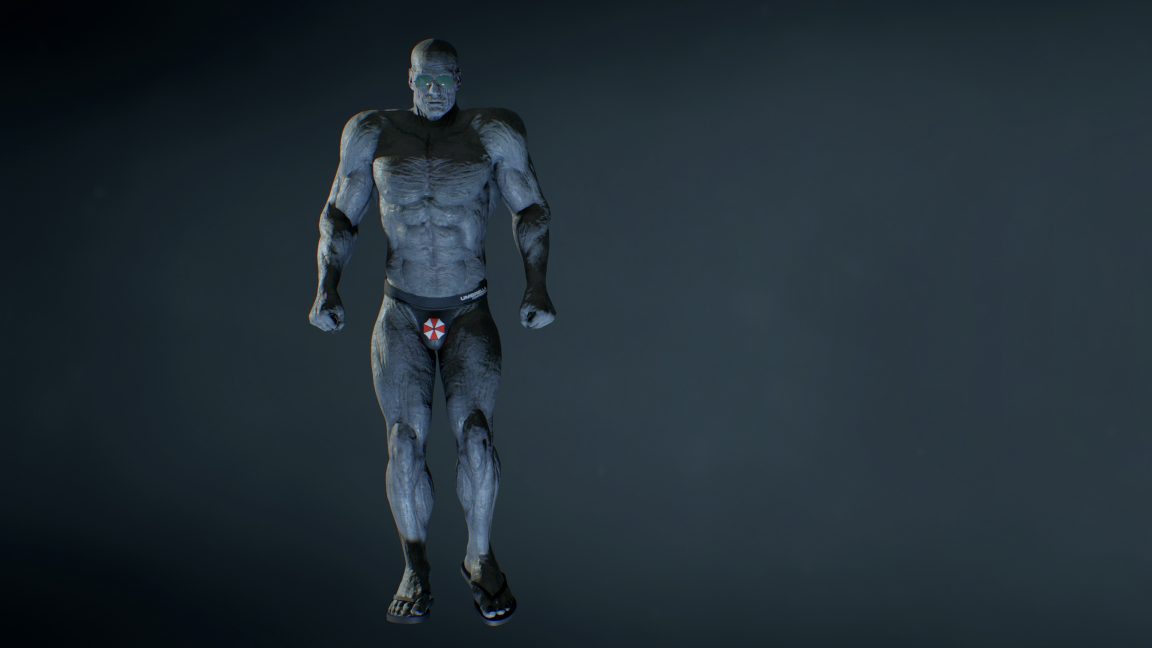 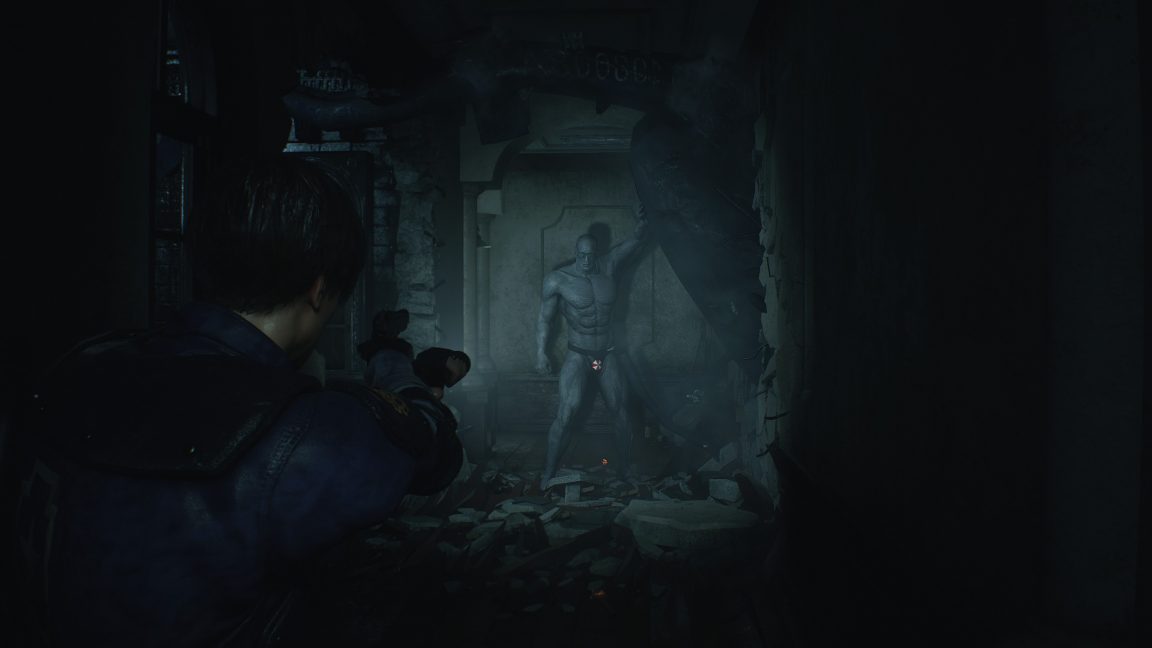