Fortnite views accounted for over 10%, with over one billion hours viewed.

The platform saw a growth in viewership of over 25% compared to 2017, according to StreamElements (via VentureBeat), which translates to an additional 506 million hours watched.

YouTube Live was up 104% compared to 2017, and while the total hours watched were nowhere near Twitch’s numbers, the growth represents an additional 414.5 million hours watched in 2018.

Total hours watched for the platform came in at 2.31 billion, 25% of Twitch’s impressive numbers.

Fortnite persists as the most-watched game on Twitch, clocking up one billion hours last year; 373 million more hours than League of Legends, the second most-watched title on Twitch. 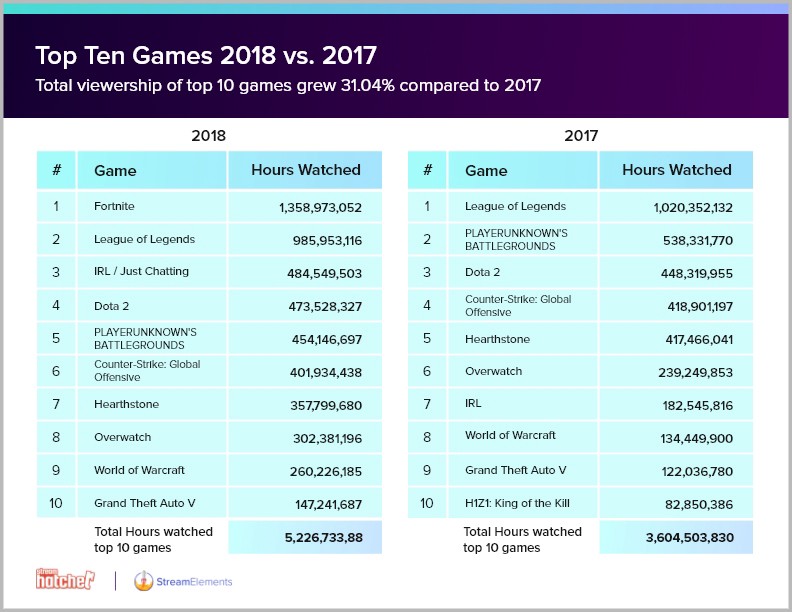 While Fortnite’s viewership is staggering, StreamElements notes that it’s slowly declining, with Q4 2018’s hours viewed down 15% from the game’s peak in Q2 2018.