We’re rapidly approach the point when Splatoon 2 will no longer receive content updates. The good news is fans still have one major new release to look forward to – and it arrives next week.

As reported by Eurogamer, Splatoon 2’s 4.1.0 update arrives on October 2, 2018 in North America, and October 3 for Europe and Japan. It will include the Kensa Collection weapon series, two new music tracks, and the Booyah Bomb special weapon – which charges faster by hammering the Booyah emote. 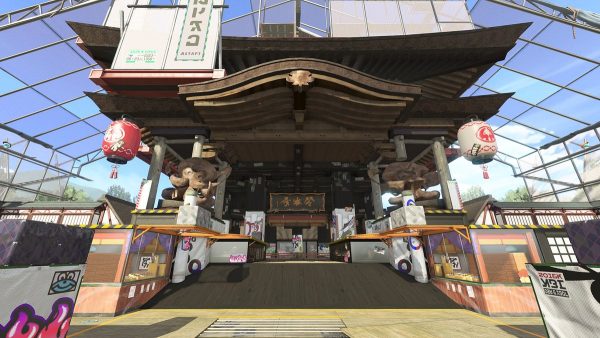 Players will also get to fire their paint guns in Skipper Pavilion, the game’s final new map. The setting consists of an old temple surrounded by tight walkways, allowing for all kinds of dramatic encounters.

Eurogamer adds that there’s some debate on whether Nintendo’s use of “new map” implies that remastered Splatoon 1 maps could be added before the year is up. With three months left in the year, that certainly wouldn’t surprise me. All 4.1.0 content is provided as a free update to all customers.