GTFO has revealed the “Shadow”, a new enemy type that can stand right in front of your team without anybody noticing.

GTFO was already shaping up to be a super-creepy game when we played during E3, but 10 Chambers Collective has been saving a few surprises. During Unity developer conference Unite Berlin, the team shared a brand-new gameplay trailer introducing the Shadow.

What’s the big deal? It turns out the Shadow cannot be seen with the naked eye alone.

“GTFO has an incredibly tense atmosphere where death lurks around every corner,” 10 Chambers Collective member Simon Viklund said in a statement. “With the Shadow enemy, death can lurk right in front of you but you can’t quite see it … It’s just one of several ways that GTFO messes with the player.”

There are only two ways to detect a Shadow. First, they will appear on your standard motion tracker, offering some warning before they attack. Second, you can make our the general shape when they are moving in relation to nearby light sources like your flashlight. In fact, Shadows so much more noticeable in gameplay footage that 10 Chambers Collective decided not to bother providing the press with screenshots.

And to be honest, it’s probably the right call. 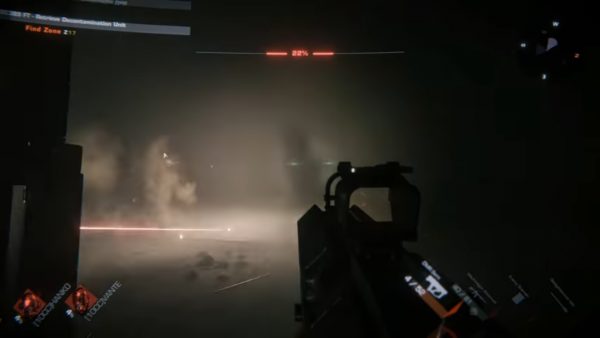 GTFO is expected to launch for PC sometime in 2018.