The Crew 2 is a racing game concerned with only one thing: creating an intricate playground where fun reigns supreme.

As the pursuit for more realistic-looking cars kicked into high gear with the start of this console generation, as developers push to simulate real world tracks and conditions, racing games have been slowly forgetting why players come to them in the first place.

Very few racing games are still committed to the arcade-style experience where cars are treated like toys and you’re given your own theme park to run around in and live out your fantasies. Forza Horizon has been successfully doing this for years, but no other game could match its ambition, driving mechanics, or even production values. No other game until The Crew 2.

In simple terms, The Crew 2 is an arcade racing game with one of the most beautifully-rendered open worlds ever made. The map, a condensed version of the entire landmass of the USA, is easily the biggest in any racing game. But big worlds and stunning visuals are Ubisoft staples, even if most of them feel hollow.

The Crew 2 attempts to fix the problem of empty open worlds so many of today’s games have by offering interesting activities designed to showcase and cater to each location’s strengths. 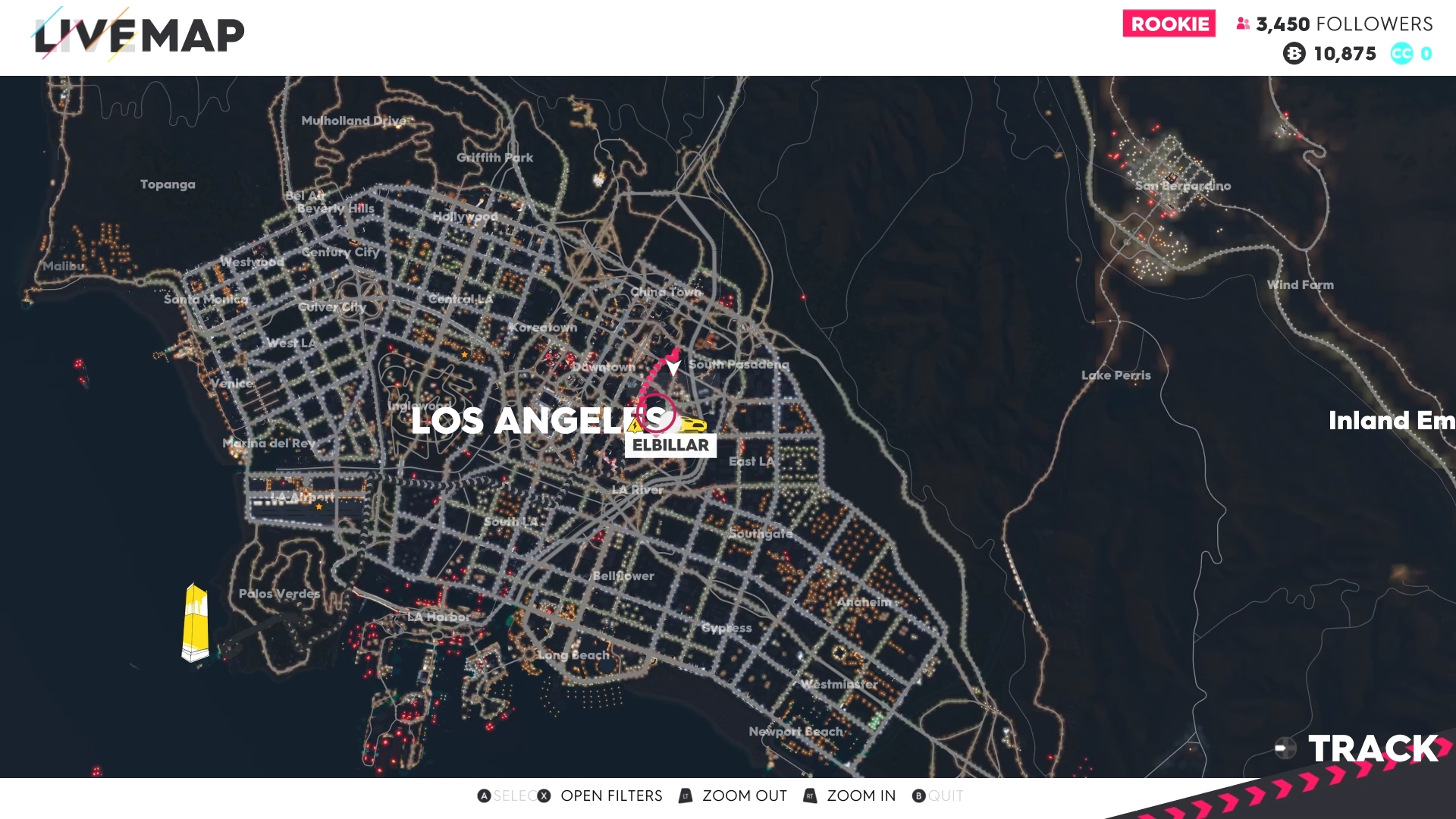 The mountain states full of rough, open terrain are perfect for off-roading and rally, so that’s what you’ll find there. The wide, busy streets of New York and Chicago lend themselves best to street racing, and that’s where you’ll drift around corners and skid under traffic lights. Even a few real-world race circuits are in The Crew 2, and that’s where you’ll get to drive your Touring or F1 cars around.

By offering events thematically appropriate for the location you happen to be at, The Crew 2 not only contextualises its biggest moments, it makes brilliant use of the USA’s incredibly varied biomes and topography.

One of my favourite things to do in the beta once I was done with the few activities on offer is to simply drive around. Setting a waypoint from Miami to Los Angeles is as simple as a button press, allowing me to enjoy a road trip I just can’t find in any other game.

The immaculate world map is designed in such a way that you can zoom all the way out and back in, from street level to looking at a map of the country. You can easily be dwarfed by the scale of everything around you, but seeing life – animals, NPCs, traffic, and even other players – constantly move all around you is what sells it.

Of course, the idea of the USA as a playground for you and your fleet of cars is not new. The original Crew tried a similar thing, and while the sequel is far more successful at it, only one-upping the first game would have likely not been enough.

So The Crew 2 expands your toybox with airplanes, and speedboats. It’s essentially three games in one. If the massive world and all the variation in racing disciplines and locations it offers wasn’t enough, The Crew 2 adds a similarly big list of activities for planes and water vehicles. 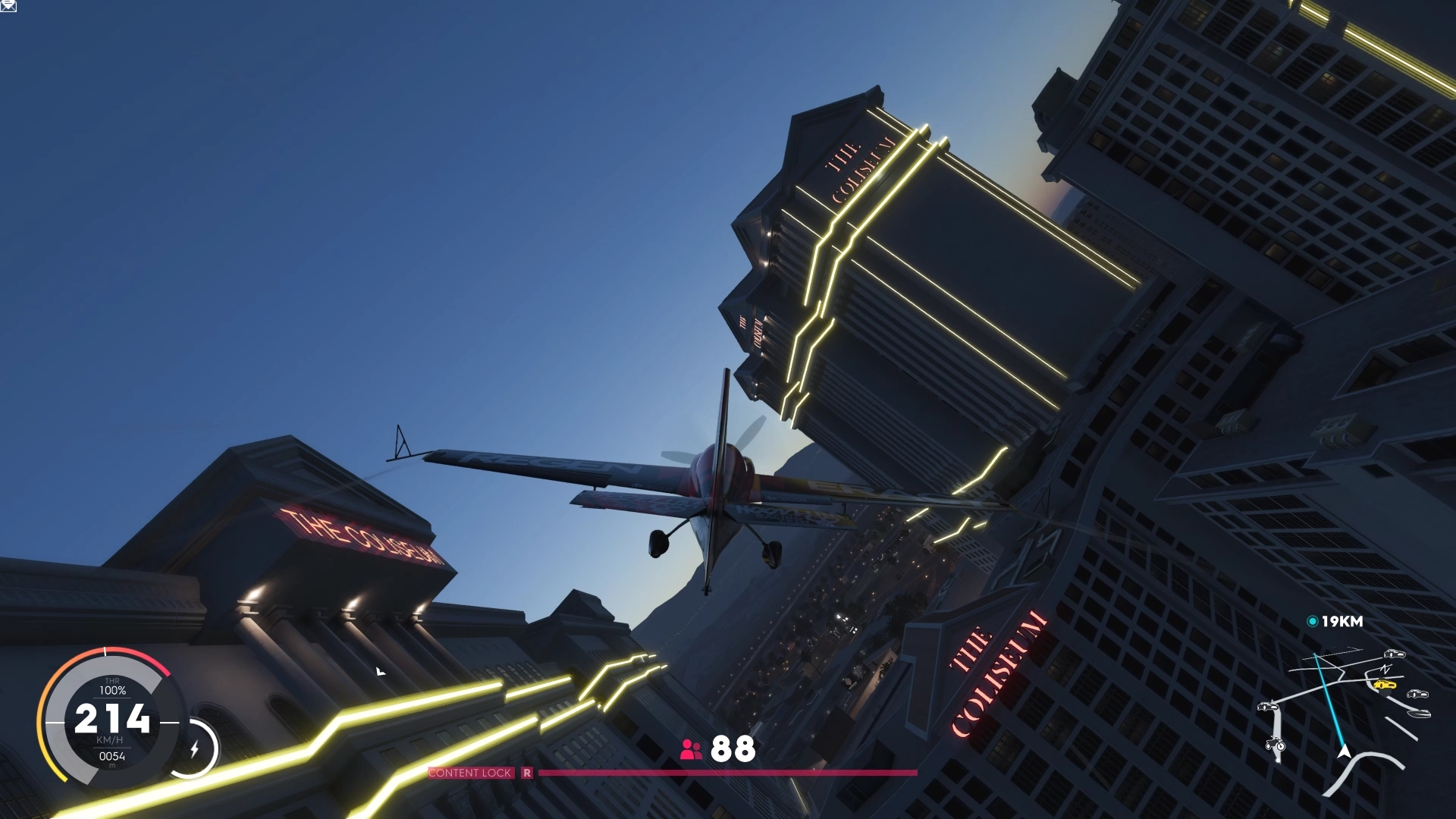 When Ubisoft first unveiled this new direction in pre-release trailers, I imagined they will serve as mere distractions from the main focus being cars. After playing the beta, I am not sure any one component is getting the lion share of attention.

Sure, you may have more cars than boats or planes, but numbers don’t tell the whole story. It’s easy to see this after spending some time flying coast to coast, performing stunts and dares a hundred different ways along the way. Just like it is when you take in the view off the coast in a speedboat, simply because you can.

As soon as you unlock all three vehicles, you can instantly switch between them at any moment, ensuring that you’re never bored. If the windy roads are giving your grippy car a hard time, swap it for a plane until you reach more suitable roads. If you’d rather not skip the view of a particular monument from the ocean, snap into your speedboat and explore for a bit before getting back on track.

This commitment to fun also extends to how vehicles handle. While I have my complaints about the sometimes floaty car physics and the obstacles that often shunt you around like the edge of bumper car circuits, they’re fun once you get the hang of them. Boat and plane handling is suitably arcadey, too.

Collecting car, plane, and boat parts is a big component of The Crew 2. This is where loot drops come in. Loot is awarded at the end of every activity, and it comes in different rarities that you can nicely slot into various vehicle compartments such as engine, exhaust, ECU and so on.

Even how loot is delivered has been upgraded compared to the first game. You must now physically drive, sail, or fly up to the loot to pick it up. It’s a small change that goes a long way in enhancing that sense of achievement we all know from so many loot games.

While the first Crew started with the ambitious goal of creating an RPG with cars, the end result was disappointing. You were often given cars that handled very poorly until you’ve invested enough time into them and made a fair few upgrades. No one wants to play a racing game where car handling is clunky, let alone one where that’s a core part of the progression.

It made me bounce off the original game very quickly, so I was excited to see these mechanics get the biggest upgrade in The Crew 2. 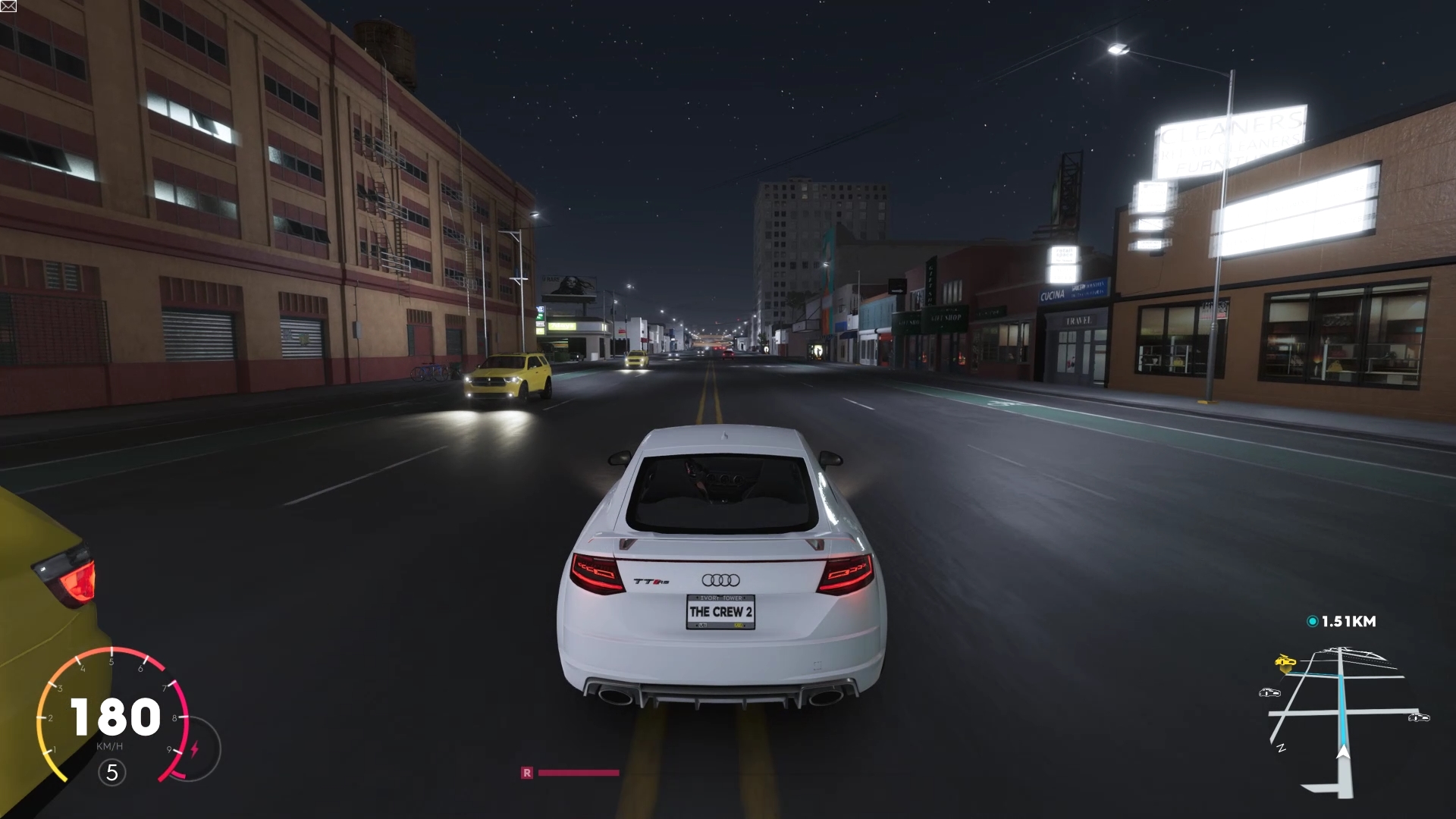 Cars can still be improved with the loot you find, but they handle much better out of the gate. Instead of forcing you to hunt for parts to make handling acceptable, you’re now chasing after interesting upgrades and specialisations. Some cars could always use more speed; others need better grip – the list of modifications you can make is big without feeling necessary.

Even if you’re completely happy with how your car handles at the start, you can always hunt for affixes that grant certain bonuses when you play certain activities, perform specific moves or even buff performance on the types of terrain that challenge your car’s handling.

This is a smart, effective way of creating a racing game for which the games as a service model makes sense. It’s hard to say at this stage whether it’ll be successful at what it does, but The Crew 2 beta leaves an incredibly positive impression.

I was sad to have exhausted all the activities the beta had to offer in only a couple of hours, which is always a good sign with games designed to be played for a long time. I look forward to taking another look at the full game at the end of the month, but I have a feeling Forza Horizon 4 won’t be the most important racer this year.