Microsoft never officially announced that the Xbox Elite Controller would be iterated on, but it looks like a new generation is in the making.

Over the last few days, factory images of what looks like an upgraded version of the Xbox Elite Controller made their way online.

The images appear on Chinese website Baidu, a site notorious for publishing tech-related leaks of hotly anticipated devices. Though they’re not the best quality, the images and accompanying text reveal some impressive upgrades.

The controller is said to a USB Type-C port at the top, a replacement of the Micro-USB port available on the current model. The USB-C is necessary for charging the controller, which is reportedly going to come with rechargeable batteries.

We also see a picture of what’s likely some mechanism to adjust the tension on the analogue sticks. The Baidu post mentioned Bluetooth support for easier connectivity with a PC, a profile selector, and a three-stage trigger lock (compared to single). Finally, there are three tiny LEDs that could be used to indicate battery life or show which profile is active. 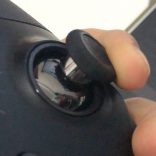 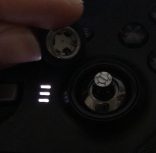 All of these details were confirmed by Thurrott, a site with a decent track record when it comes to Microsoft insider information. The site also notes that the controller’s case – which isn’t shown in these images – acts as a charger that’ll top up the controller when you’re done playing.

There are other minor differences in design, such as the improved grip, and a glossy base for analogue sticks compared to the current matte.

Microsoft announced the first Xbox Elite Controller at E3 2015, so there’s a good chance the company gearing up for the announcement of Gen 2 at this year’s E3. It could also simply be a more expensive and feature-rich version that’ll exist alongside the current model.