Foot down. Let’s see what they’ve got.


You floor it. Hit 200mph on the straight as the engine whines. You weave and slide. You take the corner hard, tyres scuffing the rumble strip. A shunt. Wheels spin. What happens next depends entirely on whether you’re playing GT Sport or Project Cars 2.

Do you wobble like a supermodel in ten-inch heels, before just about regaining control?

Or do you spin out hard, beating yourself up for not decelerating sooner, you schmuck? 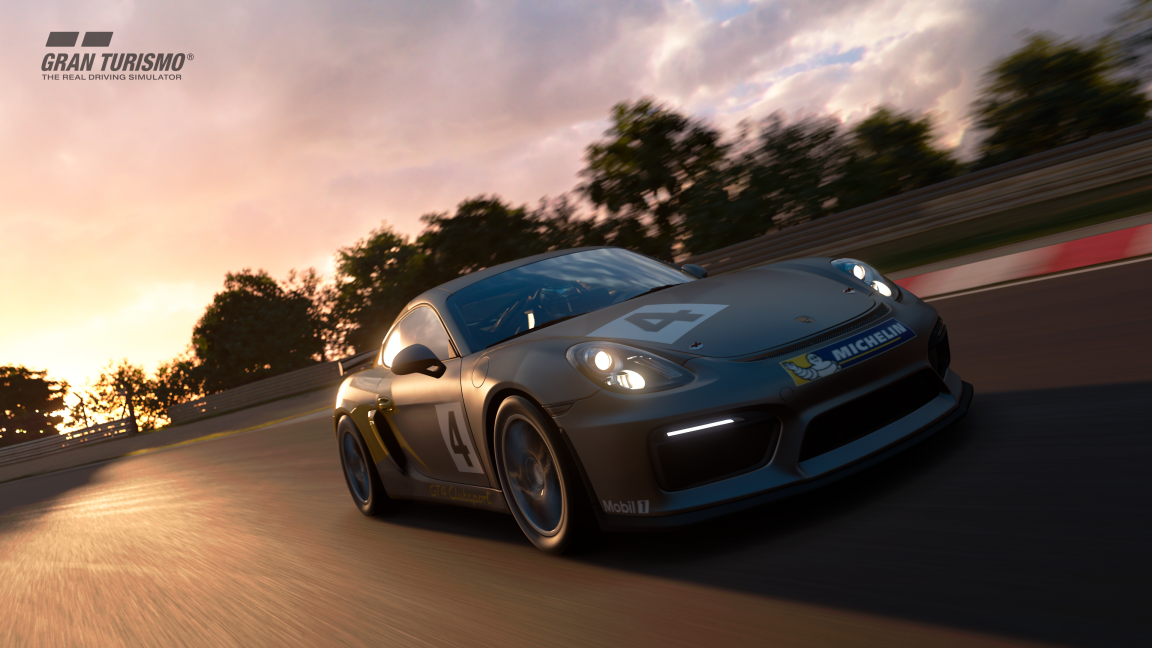 On paper, there’s not much difference between the PlayStation 4’s flagship racer and Slightly Mad Studios’ Project Cars 2. Both bill themselves as real-world driving simulators, packed with the biggest car brands in the world and featuring a mega-ton of famous tracks even non-racers will recognise.

But the experience is anything but the same…

This is a case of glossy versus gritty.

While Project Cars 2 is, undoubtedly, a good-looking game, it’s not even in the same league as the heart-flutteringly beautiful GT Sport. Kicking off with a memory lane montage of classic races, cars, and drivers (10 points if you can identify them all), GT Sport sets out to honour the majesty of racing. Every visual serves to emphasise how beautiful the idea of racing is, playing on the heritage as much as celebrating the future, like an overblown car ad – which is precisely what it feels like, sometimes, with its Tag Heuer sponsorship and ‘Brand Central showrooms’ where players can pick up real-world vehicles or stunningly designed Vision Gran Turismo concept cars.

And its rival just can’t compete with those glamorous, photorealistic graphics. 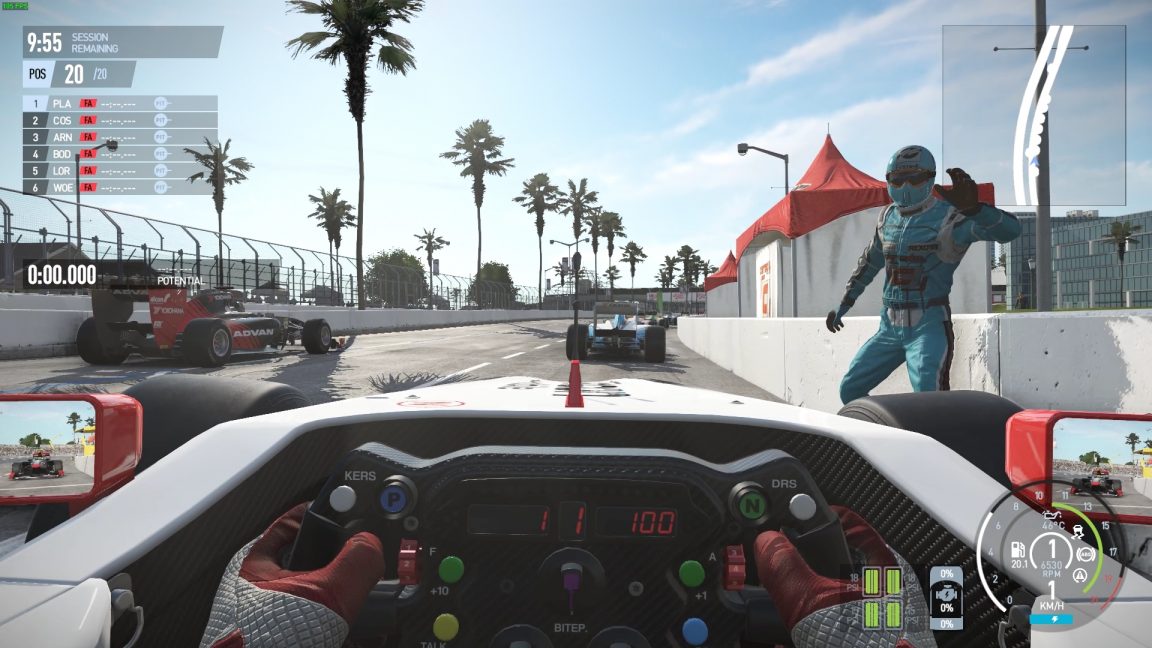 Sure, PC2’s tracks look right – feel right, even, as your Lancer Evo slices through another hairpin corner – but it’s nowhere near as sharp or well-presented as GT. The game looks weirdly smooth and unpolished, like a movie without the film grain applied.

Where both excel is the cars, all copied with the sort of care and attention than would make you drunk dial the developers at 1am to profess your undying love. Instantly recognisable, every sweeping curve and toothy grille is precisely as it should be.

Although, the less said about the haunted wax mannequins that populate the tracks in both games, the better. As if anyone behind the wheel of an Aston Martin is looking at the spectators.

On the opening stretch, it’s GT Sport out in front…

You know what people love about Gran Turismo games? That deep and fulfilling career mode. So, what better way to welcome the series to the PlayStation 4 than by scrapping the tournament campaign?

See, GT Sport is an online game. This isn’t Gran Turismo 7; this is an accessible spin-off, an online sideshow. Hell, you can’t even save your game offline. It’s essentially the Call of Duty of racers – built for addictive multiplayer eSports; constantly rewarding your efforts (even when your efforts are embarrassingly bad) so you feel you’re making some sort of progression.

And while that’s ridiculously fun, that online focus comes at the expensive of any meaningful solo play. Sure, there’s a campaign, but ‘campaign’ is playing a bit fast and loose with the definition. It’s a training ground, comprising three modes: Driving School, Mission Challenges, and Circuit Experience. You’re not going to work your way up to the big leagues due to your obvious grit and determination. You’ll just complete them because you want additional XP and the next random gift car.

That gives Project Cars 2 the edge here. Its dedicated career mode sees you pick one of three starting series. Now your goal is to work your way to the top of the podium across 29 types of motorsport, six tiers and five separate disciplines. That’s an immersive experience for any kind of racer. 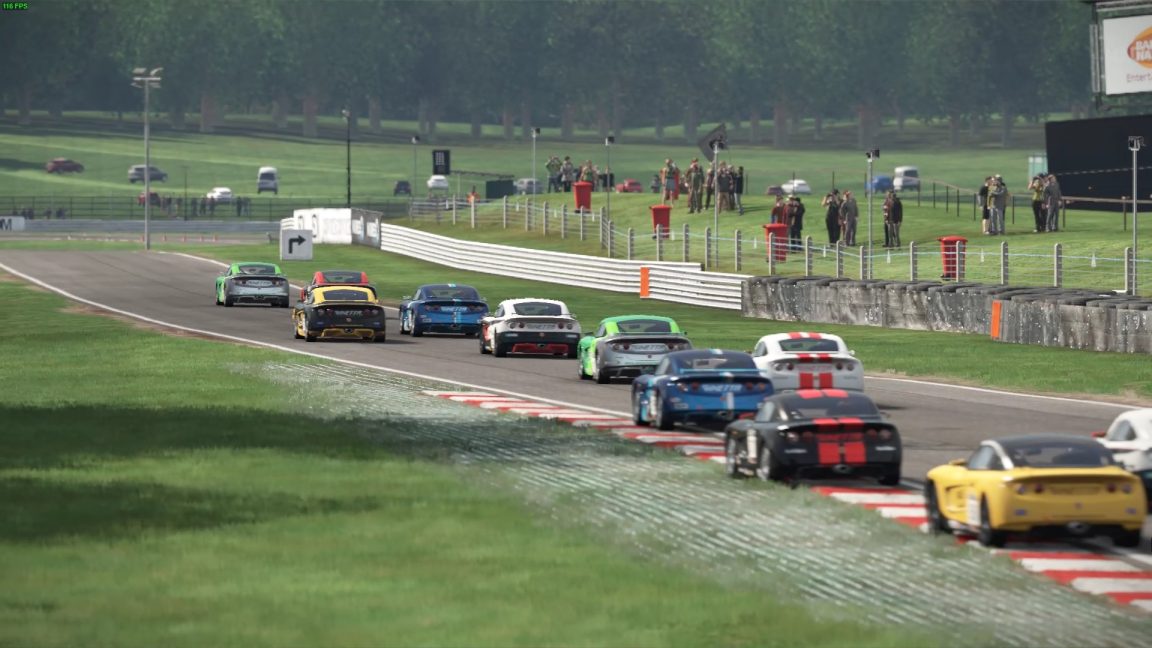 Online play is where GTS shines brighter than PC2’s basic ‘pick a player lobby’ system. Official race events occur every 10 minutes or so, and you have the option to kill time in between honing your qualifying times. That means no waiting around in lifeless lobbies for a race to finish, only to find everyone drops out when your time has come (cue yet more waiting).

Interestingly, both games employ a ‘fair play’ ranking – a Safety Rating in PC2; Sportsmanship Rank in GT Sport – designed to make you a better driver or, at the very least, pair you with equally poor performers. You know, the kind who use your car as an apex, so they can make a tight corner.

What about where it really counts? Car and track lists.

Building on the original’s impressively large roster of varying car classes, Project Cars 2 features 60 venues, more than 130 track layouts for 187 cars. Meanwhile, GT Sport is severely lacking – 40 track layouts and 162 cars. Pah! But at least more content is confirmed in upcoming DLC (the ‘C’ stands for ‘Cynical’, by the way).

Project Cars 2 takes the lead on the first turn…

Take the Lamborghini Huracan GT3 out on a 3-lap test-run around Brands Hatch on both games. The difference is night and day.

PC2 and GT Sport bill themselves as simulators. But some games are more simulator-y than others. Here, Project Cars 2 wipes the floor with GT Sport – there’s an unnerving devotion to real-life racing that will see any sub-par driver (and even intermediate ones) struggle. You’re not going to whip around Willow Springs at infinite speeds, never touching the brakes, and expect to a) win or b) survive.

GT Sport, though, retains the overall realism while being far more forgiving. After all, GT boss-man Kazunori Yamauchi believes that driving in real-life isn’t difficult, and he reckons ‘if a driving simulator is difficult, it means that something went wrong in the process.’ That places GT Sport somewhere between simulator and arcade racer. Technically the best of both worlds, but a blow for those who want their Gran Turismo-ing to be as realistic as possible. On the other hand, the simulation is damn good enough to earn approval from motorsport’s governing body, the FIA, to the point where elite players can obtain a real-world FIA licence.

While it’s a pity that the AI in both are pretty bad (although they’re far worse in GT Sport), elsewhere there’s an obsessive amount of detail.

This is a world where authentic fuel consumption forces you to make pit stops. Where track topography matters, with things like grit or time of day affecting your drive. Racing, after all, isn’t just about nailing a car’s handling, but also the environment. Damage is pretty effective in both, changing how your car responds, although unlike PC2, GT Sport lacks any visual feedback on damaged cars, relegating a basic damage overview to the bottom of the screen. 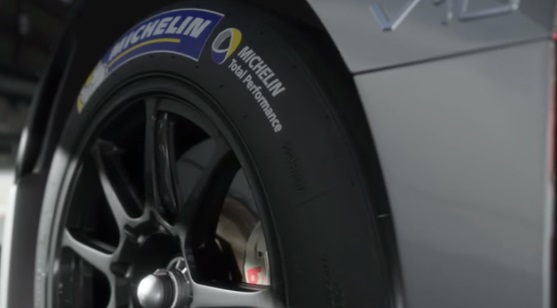 PC2 is a game where even the AI fatigues over time, just as drivers do in real races, and the crew even worked with Pirelli to totally nail the ‘over the limit’ tyre experience. Better yet, refined feedback lets players know exactly how their cars are reacting to real-world elements, from corners to the dynamic weather – another feature GT Sport lacks. You could say it’s sim-pressive (but you won’t because that’s a very bad pun).

However, PC2’s aping of real-world physics comes at a cost: Accessibility. Despite what the developers say, this is not a game built for controllers. Since controllers offer a much smaller steering range compared to wheels, using one turns into a janky, twitchy battle just to stay on the track. That means gamepad players are going spend as much time tweaking their controller settings as they are tuning up their vehicles.

And there’s plenty to tune up. Both GTS and PC2 offer fairly comprehensive car settings for those who like to fiddle and refine vehicle aspects like damper compression and downforce to shave a few seconds off their lap times. To help rookie drivers, the effects of any changes are highlighted on-screen, while Project Cars 2 goes one step further and offers a simple, multiple-choice chat with your mechanic to figure what tweaks to make. The idea is to encourage players to understand the whys and the whats, so they can confidently manually fix their ride without assistance.

Ultimately, if you have the grit and determination, Project Cars 2 will teach you to become a better driver. Then you can tear it up like a beast on the GTS tracks.

GT Sport has optional extras by the trunk-load – whether you want them or not. Which isn’t quite enough to mask the fact that there’s limited content here, but we’ll let it slide like soft tyres in the rain.

First up, a livery editor, which offers a ton of decals to personalise your car. That neatly complements the photo editor, allowing you to place cars into a set scene to create what amounts to your very own car advert. Considering this is a secondary feature, the editing options are surprisingly beefy, letting players change everything from lighting to image textures.

Emphasising that idea of ‘the majesty of racing’ is the addition of a brand museum. True, most people aren’t even going to click on it, but if you do, you’re treated to a neat visual timeline from foundation to modern-day. If you’ve got a hard-on for a particular car manufacturer, this should keep you in ecstasy until the next race comes along.

GT Sport’s music, in both menus and on the track, is a dreamy haze of guitar plinks and not-too-heavy rock that leaves you feeling like you’re one race away from an evening idling your motor through a shimmering Monte Carlo.

Project Cars 2 says ‘sod all that.’ It doesn’t have time for that overblown gloss, choosing authenticity over aesthetics. Why would you be listening to music when you should be concentrating on the road anyway? Why do you need to faff about with liveries no-one will see when you’re flat-out at top speed? You’re here to race. That’s what you do. As such, your options are largely limited to replaying tracks to perfect your skill. And that’s ok.

As we approach the final stretch, GT Sport is out in front by a nose… 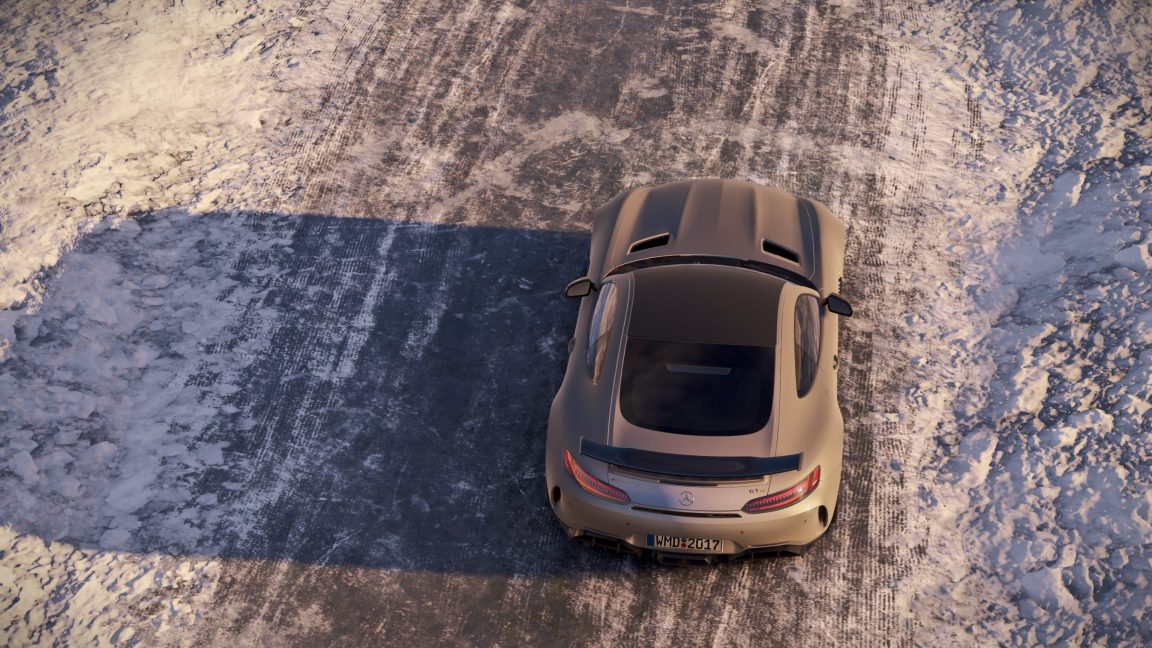 So, which racer is worth your time?

It really depends on how you get your kicks. They’re both delightfully solid games built for all types of racers.

If racing means fanatically refining your technique at the expense of all else, then Project Cars 2 was lovingly crafted just for you. If you’re just looking for a fast-flowing fun time, competing in a variety of global multiplayer events, GT Sport is the way to go.

From the opening sequence onwards, GT Sport is infused a sense of evolution. The next step in racers. It’s not that, exactly, and while it’s incredibly content-lite, its online-focused play makes it more enjoyable for more players. With its steep learning curve, Project Cars 2 often feels like hard work. That’s not a bad thing – it’s what hardcore simulation fans demand, but it’s a game for experts and would-be experts, while GT Sport targets a broader skill base.