This was the same week the Dota 2 International was going on, and although that game broke its previous record with a whopping 30.6 million hours watched, the competition was much fiercer elsewhere.

Gameloco reports that PUBG score 16.9 million hours watched during the same week, compared to League of Legends’ 15 million. League of Legends gets beaten a lot, but only during big events for other games, such as during esports tournaments.

“In more than three years of monitoring Twitch, week 32 2017 was the first one in which League of Legends got beaten by a game that wasn’t pushed by a top tier esports event,” Gameloco founder Nicolas Cerrato wrote. 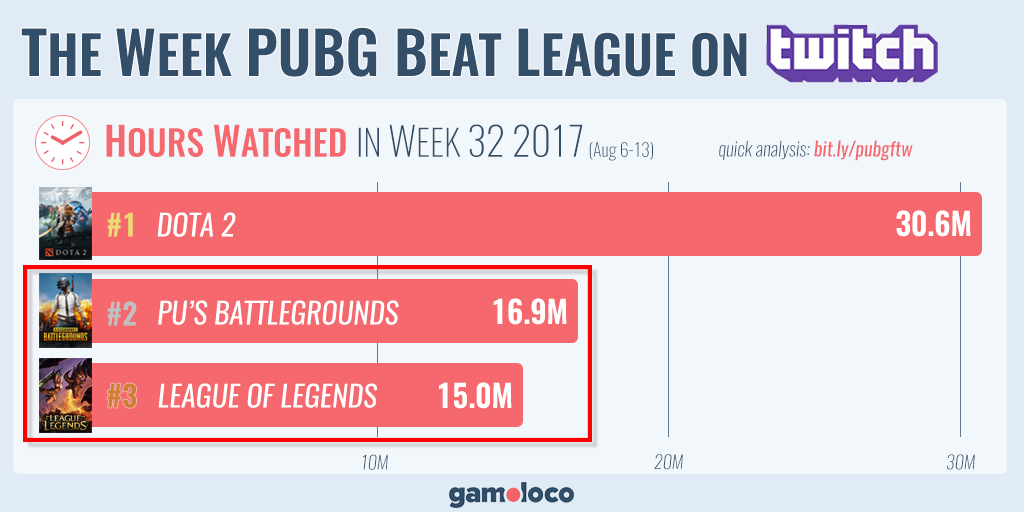 The report pointed out that no other game managed to do this, not even the biggest AAAs at launch. Overwatch, a consistently popular game on Twitch, never actually managed to beat League of Legends.

PUBG’s explosive growth has shown that there’s no feat unattainable. Many other games break records on one platform but fail to have decent representation on others, and it’s very rare to see something do this much in such as short time. Of course, this can only be done when the game is as entertaining to watch as it is to play.